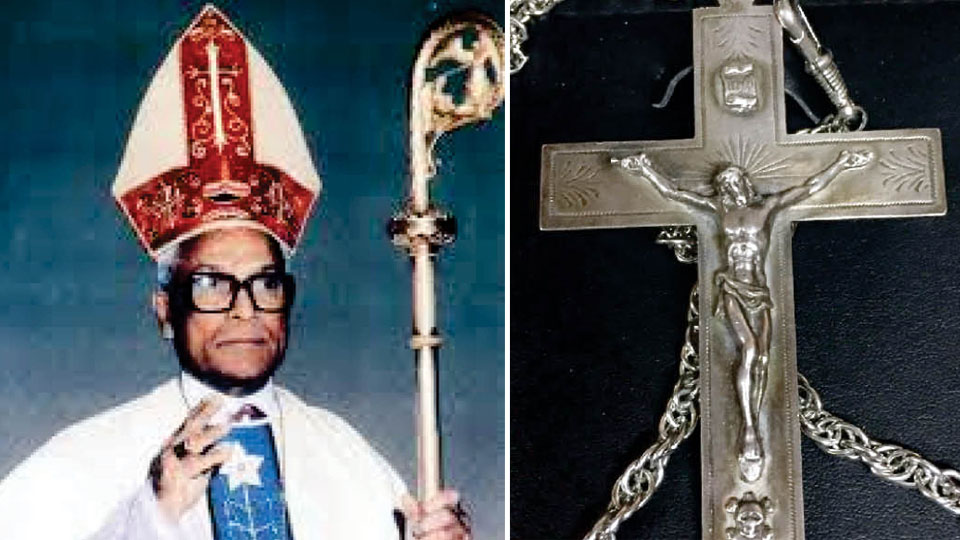 Helpless convict and the helpful candlesticks: Tale of two Bishops

­Last Friday, 27th July 2018 Dr. Javeed Nayeem, MD, under his weekly column ‘Over a cup of evening tea’ had  written about late Bishop Rev. Fr.  Mathias Fernandes and the ceremonial gold and silver Cross he wore round his neck. While this write-up got me a couple of calls, surprisingly, as early as 5 pm from readers who liked it immensely, Dr. Nayeem’s earlier article on the same ceremonial Cross published on July 20 had evoked much interest among our readers.

Of course, the inspiration for these two articles by Dr. Javeed Nayeem, I assume, may have come from my article in Abracadabra column about Rev. Fr. Dennis Noronha, who passed away on July 16, 2018, where I had alluded to Bishop Rev. Fr. Mathias Fernandes.

In both these articles, Dr. Nayeem had descriptively related the circumstances under which the Bishop had offered to part with that expensive ceremonial gold and silver Cross to help a helpless cupid in love and later gave the same valuable Cross for safe-keeping when he was in his death bed to Dr. Nayeem in absolute trust, to pass it on to the succeeding Bishop which Dr. Nayeem did when the new Bishop Rt. Rev. Dr. Francis Michaelappa was appointed after a delay of two-and-a-half years.

When I called Dr. Nayeem to express my appreciation for the first article, he was on a holiday with his family in Goa. He said, there would be some surprise for me in the following week’s column. Indeed this one was simply unbelievable but true, like Ripley’s ‘Believe It Or Not.’ It was like a short-story with many moral and ethical lessons for all men and women under stressful circumstance, with a denouement at the end.

Be that as it may, but I was reminded of the story of another Bishop who too was noble and giving as our own Bishop Dr. Mathias Fernandes. It was the drama ‘The Bishop’s Candlesticks’ by Norman McKinnel who adopted it from a section of Victor Hugo’s masterpiece ‘Les Misérables.’ According to a critique, ‘the drama reveals the complex dynamics and personalities in a society that can be conditioned and reformed by being like the Bishop.’ It helps us to take a peek into our society with social divisions of class which can be reformed.

The Bishop here is a bene-volent and kind person with a deep sense of understanding of the basic goodness in every human being. Giving to the needy was his second nature, not quite liked by his sister. Yet he remained a giver so much so many times he was cheated. The Bishop, however, did not mind being cheated because his belief was that by doing so such people were cheating themselves and God. As a result, the only thing that remained with the Bishop was a set of candlesticks given to him by his mother on her deathbed. 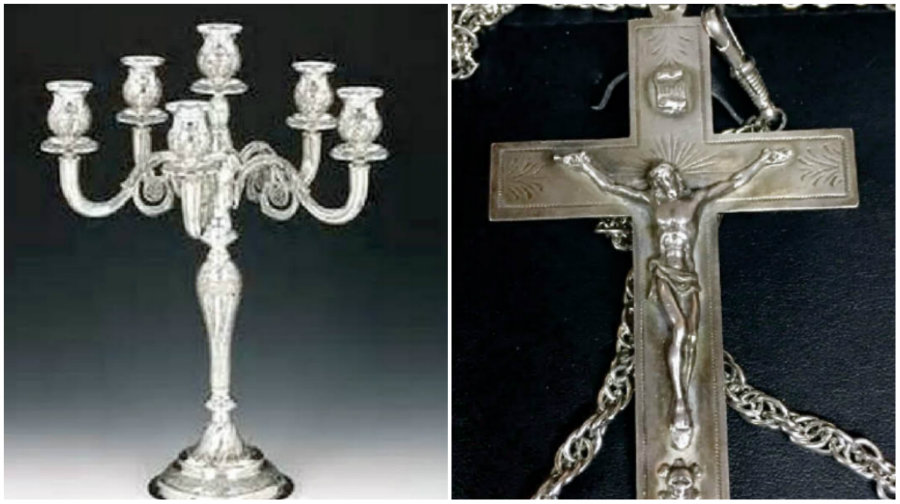 Then one day a hungry convict, who had escaped from the jail, barged into the Bishop’s House, wielding a knife. The Bishop kept his cool, heard his story. He was pushed to steal to feed his ailing wife, caught by the Police, given a very long sentence of 10 years unjustly, subjected to beating in the prison which drove him to escape and now starving.

The Bishop, filled with compassion for his condition, gave him food and allowed him to sleep in his House. But the convict, seeing the valuable candlesticks, stole them and fled. However, the Police caught him, brought him back to the Bishop’s House with the stolen candlesticks.

The Bishop, the kind, merciful and forgiving, saved the convict from the Police saying that the convict was his friend and he had gifted the candlesticks to him. He had not stolen them. The Police, thereafter, went away.  However, there was a deep awakening in the convict who repented with tears in his eyes. He was dehumanised in the jail but now felt like a human being because of the noble and merciful act of the Bishop.