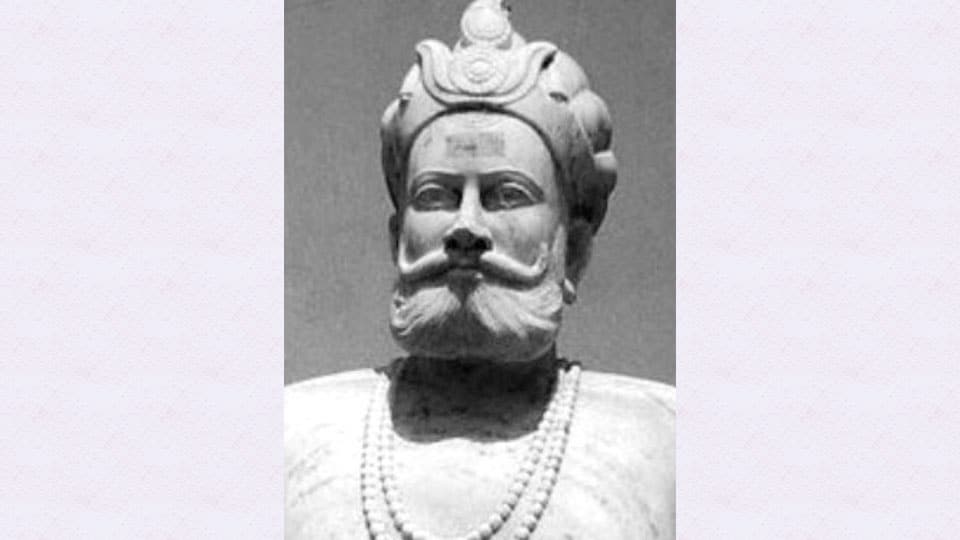 Hemu or Himu, also known as Hemachandra was a commoner who, by his hardwork and bravery, became a distinguished hero. He was a contemporary of Mughal emperor Akbar.

Unfortunately, he is practically not known as most of the text books even at the higher level have ignored him. But he had the distinction of being referred to by celebrated Mughal historians like Abul Fazal and Badayuni and modern British historians like Vincent Arthur Smith and R.C. Majumdar.

The latter has edited the 11 volumes of history and culture of the Indian people (The Mughal Empire, 1994) on behalf of Bharatiya Vidya Bhavan.It has brought this hero Hemu to our attention, by including an appendix on him in the volume dealing with Mughal History and the present write up is based upon this book.

Hemu was born in a poor merchant’s family near Alwar in Rajasthan. He took to retail sales of groceries and became famous. Islam Shah noticed this young man and offered him a good supervisory Police job at bazaars with the power of punishing offenders. This is how Badayuni admired Hemu for his honesty.

Hemu drew the attention of the Sultan who promoted him to the post of Superintendent of Delhi Market and Head of the Department of Intelligence and post office (Daroga-i-Dak-Chouki). His honesty paid him again and the Sultan began entrusting him confidential business matters, including the military despatches.

The Nobles of the Court became jealous of Hemu and carried tales against him to the Sultan, stating that he is partial to Hindus and allows them to make money without paying tax to the Sultan’s government. Islam Shah did not believe this allegation and made enquires at the high level. The allegations made against Hemu were found to be far from truth and the Sultan rewarded Hemu suitably.

In the meantime, Islam Shah died and his minor son who ascended the throne was murdered and Adil Shah became the Sultan. This Sultan recognised the merit of Hemu and made him a Minister. Thus, Hemu was wielding great power in the Sultanate. With great dexterity he was putting down local rebellions against himself and the Sultan.

At this stage, we have to admire the impartial attitude of both Abdul Fazal and Badayuni, in praising the services of Hemu. Even the Sultan of Bengal was defeated by Hemu. He also fought two more Sultans namely, Taj Kararani and Rukn Khan and defeated them. According to Abul Fazal, Hemu during this period fought about 20 battles against his opponents and was successful in all of them.

Badayuni does not make secret of his admiration to Hemu. In fact he gives more details. Hemu defeated Taj Khan and his confederacy and became a terror in the area. Hemu’s defeat by Ibrahim Sur is more dramatically described by Badayuni. Everybody thought that it was the end of Hemu who swept down like a comet and crossed the river Yamuna.

At this point there was a shift in Delhi politics. Hemu came closer to occupy the Delhi throne for himself. But Adil Shah felt strong enough to contest Humayun with the help of his ally Hemu, who had never tasted defeat in his life time. Perhaps Adil Shah was overconfident. Humayun occupied Lahore and secured the throne of Delhi for himself. At that time, there was a famine and unfortunately Humayun died in 1556.

Taking advantage of this situation, Hemu occupied Agra and Delhi. Akbar proclaimed himself as the Emperor. However, Hemu fought against Akbar also and inflicted a defeat. Thus, Hemu was gaining an upper hand on Akbar.

Till this point, Abdul Fazal was a great admirer of Hemu. Suddenly, we find a change in his attitude. He states that Hemu was impressed with evil designs and his capture of Delhi increased his arrogance, so that his intoxication became his madness. Smith is slightly better in criticising Hemu. After all, Hemu should have logically proceeded further towards Delhi and occupied the Mughal throne.

With great speed he occupied the area and minted coins in his own name and assumed the title Raja Bikramjeet or Vikramaditya. Bairam Khan, the guardian of Akbar marched against Hemu in 1556 at Panipat. An arrow pierced through the eyes of Hemu and he became unconscious. His followers ran away. According to Smith, Hemu had every chance of winning this battle but for this accident.

Hemu was captured and his head was severed and was sent to Kabul while his torso was tied to a gate in Delhi for people to see. Then, the Mughal army went to Hemu’s native place where his old father was living. He was asked to surrender to the Mughal army to save himself. The old man replied, “For 80 years, I have worshipped my God and why should I change now for the fear of my life?” He was beheaded.

History has not shown any mercy to Hemu. He fought against the enemies in the real tradition of this country. But neglecting him is perhaps the worst insult to him, in spite of the fact that Fazal and Badayuni were his admirers. History has to answer this question. Hemu is dead but by his heroism has become immortal.