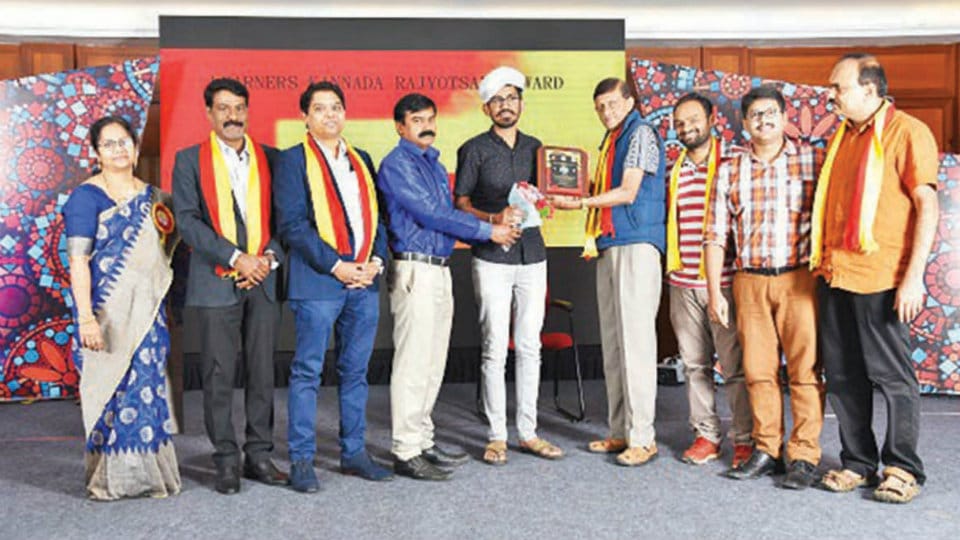 Mysuru: Learners PU College celebrated Karnataka Rajyotsava recently at a resort in city, in a unique way by honouring its alumni achievers right from the inception of the college, in recognition of their excellence.

It was the final day of the week-long celebrations of ‘Learners Utsava’ held at the College under different themes.

Swachh Learners — Karyanjali: The College conducted a cleanliness campaign of ‘Swachh Learners – Karyanjali’ to commemorate the 150th Birth Anniversary of Mahatma Gandhi in furtherance of National Swachhata Andolan. As part of this, students and faculty actively participated in tidying up the classrooms and labs.

Sports Day: Annual sports day was celebrated with great enthusiasm on 13th and 14th Nov.Various games were organised for students to instil the spirit of participation, leadership and sportsmanship alongside mental health and physical fitness.

‘Learners Brand Ambassador Awards’ were presented to its alumni who have imbibed Learners Methodology to become independent and lifelong Learners.

There was another special award ‘Learners Distinguished Alumni’ presented to the recent NEET toppers Pruthvi Raj and Lavanya.

On this event, medals and certificates were presented to the winners of Children’s Day and Sports Day competitions as a token of appreciation.

The guest of honour Dr. K.R. Dakshayani, Principal, Mysore Medical College, said that we should respect all languages but love Kannada.

She touched upon the immediate need of the hour — Healthcare, physical and mental fitness in the present scenario.

Sadashive Gowda, Principal, Vidyavardhaka Engineering College, Mysuru, spoke on the occasion and briefed the richness of the Kannada language.

He emphasised that each one of us should pay tribute to Mahatma Gandhi by pursuing his policy of truthfulness and ahimsa.

Ashok Anand, Director, NIE, enlightened the students regarding good, bad, ugly and unwanted learning by explaining each one of them.

Madan Kumar Srinivasan, Associate Vice-President, Accenture, Bengaluru, presented a narration of his own journey and delivered an inspiring talk on ‘Innovate, Inspire. Take India forward with you.’