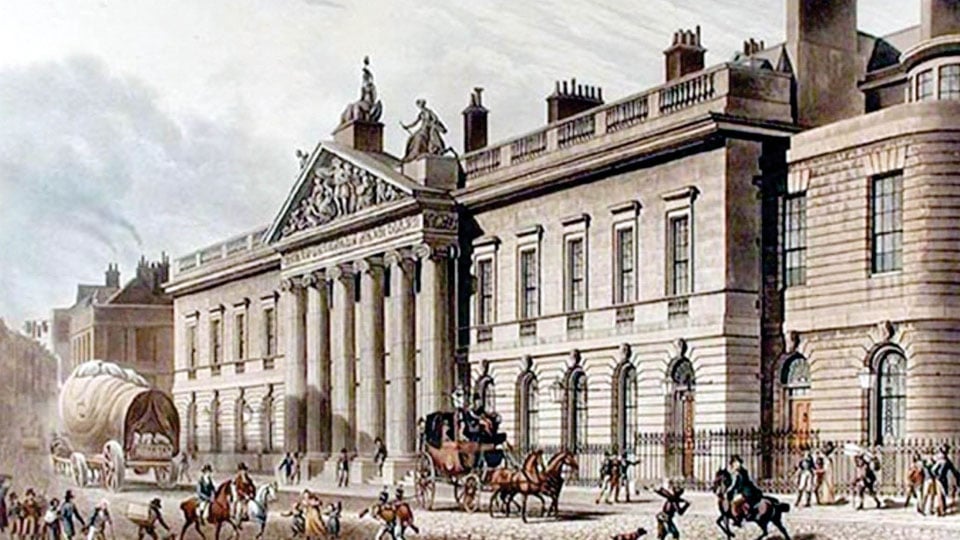 How the British won India

Study the past if you would define the future. — Confucius

Those who don’t know history are doomed to repeat it.—Edmund Burke

Indian cotton clothes, silks, spices and Indigo dye were in great demand throughout Europe during the middle ages. This trade was the monopoly of Arab merchants as they alone knew the sea route to India. The discovery of the ocean way to India by Vasco da Gama in1498 made European nations think of trading themselves and making profits. East India Company was incorporated in London on 31.12.1600.

After some time it received the Royal charter from the English King giving it a monopoly of trade and even powers to wage war. Soon the Company established trading posts in Surat, Bombay, Chennai and Bengal. These were called factories. After the death of Aurangzeb in 1707, the Mughal power started waning and there was a sense of anarchy. The Company started raising armies to protect its factories.

Siraj-ud-Daulah was the Nawab of the vast territory of Bengal. He was an incompetent  and cruel ruler. He could not collect the land revenues through his Government officers efficiently and had outsourced it to the house of Jagat Seth, who was a marwari Jain banker and financier. Seth was very effective in collecting land revenues and hence controlled the finances and treasury of the Nawab. Jagat Seth was the title given to him as he was thought to be the wealthiest person in the world.  He had a network of a large number of associates all over India. Since the Nawabs could not send the annual revenues to the Mughal emperor in Delhi as it would be looted on the way by the robbers, they entrusted Jagat Seth to remit the annual Diwani.

Jagat Seth could send money to anywhere in the country without actually transporting the cash, through the system of hundis and would deliver large amounts of cash to the emperor’s treasury in Delhi. Siraj-ud-Daulah was a spendthrift and often his treasury would be empty. Once he demanded Jagat Seth to lend a huge sum of money for a military campaign  and was furious when Seth pleaded his inability. He slapped him in the open court and insulted him. This richest man in the world felt humiliated and decided to take his revenge. Seth offered a bribe of twenty million pounds (more than a thousand crore rupees in today’s value) to Robert Clive to defeat the Nawab. Clive accepted the challenge and defeated Siraj-ud-Daulah at the Battle of Plassey in 1757. Robert Clive bribed Mir Jafar, Commander-in-Chief of Siraj-ud-Daulah with the promise of making him the next Nawab which resulted in his betrayal and victory for the British.

A few years later in 1764, at the Battle of Buxar, Company forces defeated the allied forces of the Mughal emperor and the Emperor Shah Alam had to cede the Diwani (revenue collections) of Bengal to the Company.  The Company became the real ruler of Bengal, which was the biggest province of the Mughal Kingdom comprising the present day West Bengal, Bangladesh, Bihar and Orissa. This was the beginning of the  Indian Empire of the East India Company.

Revenue collections of Bengal were enormous and made the Company hugely rich. Clive was followed by many Governors like Warren Hastings and Cornwallis. All these people made large profits for the Company and  personal fortunes for themselves. In addition they were Empire builders and expanded the empire for the East India Company. The defeat of Tipu Sultan in 1799 by Arthur Wellesley almost completed the formation of the East India Company Empire of India.

The Company built a formidable Army of Indian soldiers who were called sepoys.  The soldiers were paid well and trained by the British officers with latest European techniques, guns and cannons, and were far superior to the forces of Indian Princes. The Company officers had developed an extensive intelligence network and had their spies all over the country. This system was so good it is said that when Haider Ali died during a campaign, the Company Governor of Madras came to know the matter earlier than his son Tipu Sultan.

Wars are always very expensive and need large amounts of money.  The Indian Princes as well as the Company had to borrow funds from the big financiers of Surat, Varanasi, Patna, Murshidabad and Dacca which were the financial centres of Hindoostan. The Indian Princes, when they could not repay the loans, would either imprison or hang the money- lenders.  The Company too was a borrower of enormous amounts of cash from these big Indian bankers, but it always paid the interest and repaid the capital promptly  and treated these rich financiers with respect and  honour.  Calcutta provided safety, efficient law and order and slowly the big financiers migrated there. They were ever willing to lend to the Company and finance its wars.

East India Company is the first great multinational in the business history of the world. At the height of its power, it accounted for nearly 40 percent of world trade. It exported Indian materials like cotton, silk, Indigo and textiles to England, Chinese tea to America and opium to China and in later years imported British manufactured goods.  The rapacious and callous attitude of the Company  and the corruption of its officers caused many scandals and debates were held in British Parliament.  But the Company managed to get out of them because half the members of the Parliament owned shares in the Company,  probably the first example of corporate lobbying and corruption. The Company had a large army of more than two and a half lakh sepoys while the mother country England had an army  half the size.

The Company’s administration was one of exploitation without a social conscience and when the great famine occurred in 1770, nearly five million Bengalis died. The Company did not make any effort to help the people and instead the officers ruthlessly collected land revenue and sent it to their office in London.  The Company ruled most of India for 100 years from the Battle of Plassey in 1757 to the Sepoy Mutiny in 1857.  During this Mutiny, the whole of North India was in conflagration.  The rebellious Sepoys killed a few thousand British officers, their  families and children. When finally the Mutiny was subdued in 1857,  the Company officers in revenge ordered the killing, shooting and hanging of nearly eight lakh people whom they suspected to be collaborators of the rebellious soldiers.  This became a matter of great disrepute in England and the British Parliament finally decided to take over the governance of the Empire from the Company, or in other words nationalised the Indian assets of the Company.  Later, Queen Victoria was proclaimed the Empress of Indian Empire.

READ ALSO  Time to ponder what happened to Independence. How the confidence of 1947 gave way to antagonisms

The British King, the British Government and the British Army did not win India.  The Company had risen from a trading venture to a military power and the ruler of a vast empire of two hundred million people. East India Company had won and governed India for a 100 years by bribery, deceit and with help of Indian money, Indian financiers, Indian soldiers and Indian Civil Servants.  At the time of Emperor Aurangzeb’s death in 1707, India was the richest nation on earth and contributed 42 percent of world GDP.  Bengal was its largest and wealthiest province. When the British took over the governance of India from the East India Company in 1858, India had been reduced to one of the poorest countries on the globe and Bengal was its poorest  province.

Whenever a strong central power crumbles and a large number of smaller breakaway kingdoms emerge and start squabbling,  time will be ripe for an alien power to step in and conquer. It is an irony of fate that a small corporate body with a staff of 35 people in remote London sixteen thousand miles away subjugated and governed this subcontinent which was the home of mighty empires like the Mauryas, the Cholas, the Vijayanagar and the Mughals.  On the day of our Independence,  let us not forget how we lost our precious freedom.

2 COMMENTS ON THIS POST To “How the British won India”