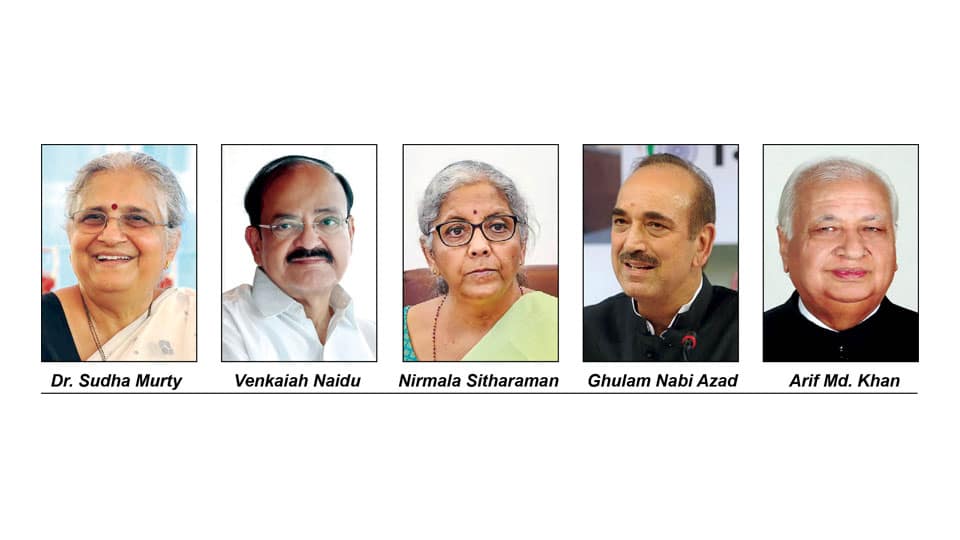 In 2022, who will make it to Rashtrapathi Bhavan ?

New Delhi: By July 24, India has to elect a new President. In October last year, President Ram Nath Kovind (whose five-year term ends in July 2022) turned 76. If the BJP applies PM Narendra Modi’s “no appointment to a public office after 75 years” formula, it can be safely said that the party is currently hunting for a new man or woman to occupy Rashtrapathi Bhavan.

Amid all the speculations and names doing the rounds for its Presidential nominee, the BJP may nominate a candidate either belonging to the Other Backward Class (OBC) or a woman to win their support in the run-up to the 2024 general elections. The OBC and women are the largest constituents of the country’s population.

During the last Presidential elections, the BJP had given a chance to Dalits and OBC and this time, speculations are rife that either a woman or a candidate from minority community will be chosen for India’s  highest post.

Prominent among the names to the post of President is of Dr. Sudha Murty. A woman face, her candidature is expected to be popular thanks to her many philanthropic initiatives as the Infosys Foundation Chairperson. It may be mentioned here that during the last Presidential election, the name of Sudha Murty’s husband and Infosys Founder N.R. Narayana Murthy was doing the rounds. However, that did not materialise.

Other names are of Ghulam Nabi Azad and Nirmala Sitharaman. Azad has maintained a distance from Congress, his parent party, he is drawing closer to the BJP. Nirmala Sitharaman is a prominent women face in the Rajya Sabha and she is likely to be elected as Vice-President, knowing she can very well handle the proceedings of Rajya Sabha as the House Chairperson.

Notably, the OBCs are a major force in all the States. In the recent Uttar Pradesh Assembly elections, despite the exit of some OBC leaders from the party, BJP received overwhelming support from the community.

Both women and OBC are independently the largest chunk of voters in the country. The party will either woo them individually or together by nominating an OBC woman candidate for the post, party insiders added.