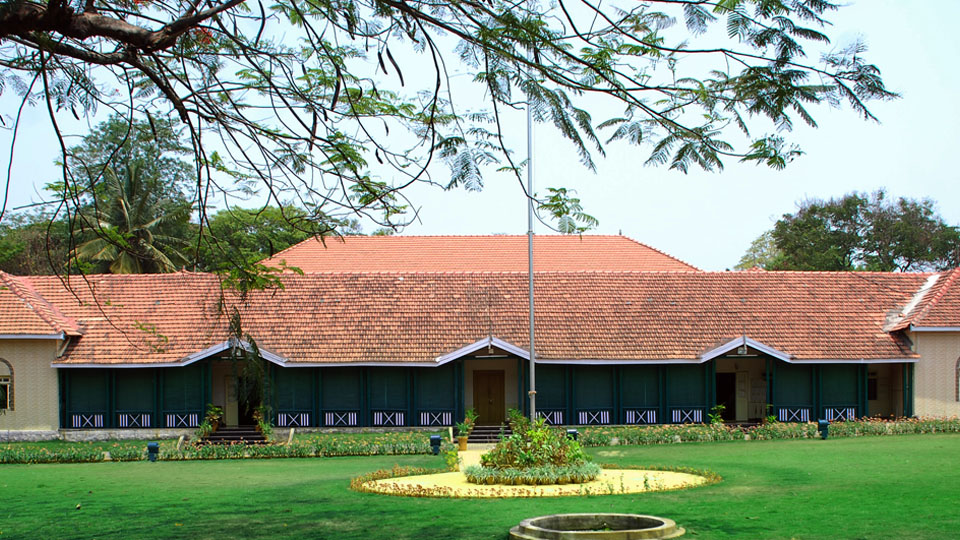 Mysore/Mysuru: A weird case of missing items from the Guest House of a Government institute on Lalitha Mahal Road has come to light now where the Joint Director of the institute has written a letter to the Mysuru Deputy Commissioner (DC) seeking information about the missing items.

The letter, dated 30.11.2022 by S. Poovitha, Joint Director of Mysuru-based Administrative Training Institute (ATI), was sent to the present Mysuru DC Dr. K.V. Rajendra based on the direction from the Director General of ATI. The letter stated that the earlier DC of Mysuru, Rohini Sindhuri Dasari, had stayed in the Guest House of the ATI from Oct. 2 to Nov. 14, 2020.

“When the Officer vacated the Guest House on 14.11.2020, over 20 items of various types that were earlier part of the Guest House rooms were found missing,” the letter stated.

In her communication, the ATI Joint Director has urged the current DC to check if the 20 items were in the official residence of the Deputy Commissioner. She has urged the DC to return the items of the ATI Guest House, if they were found there. “If they are not found, please state in a reply to the letter,” the letter read.

READ ALSO  No parking facility for students without DL in College campuses: DC

While DC Dr. K.V. Rajendra was not available for comments, Rohini Sindhuri, whose name has been mentioned in the letter, said that she was not aware of the items that were shifted from the ATI Guest House after her stay.

Sindhuri, presently the Commissioner for Hindu Religious and Charitable Endowments, Bengaluru, told Star of Mysore that when she was transferred as the Mysuru DC, the official residence was not vacated.

“B. Sharath, who was the earlier DC, had not yet vacated the official DC’s Residence when I came here to take charge and as such, I had to stay in the ATI Guest House for over two months. These items being shifted from the Guest House after I vacated have not come to my notice,” she said.

“I was not aware of this as this is a trivial issue and now it is being blown out of proportion. I really do not know if they are in the DC’s Residence. Even if the materials were shifted, they would be there at the location where they were kept earlier. I have not taken them. I will speak to the present DC and urge him to return the items if they are there,” Rohini Sindhuri added.

6 COMMENTS ON THIS POST To “Items ‘missing’ from ATI Guest House after former DC’s brief stay ! ”