Home » News » JD(S) may part ways with Congress in MCC 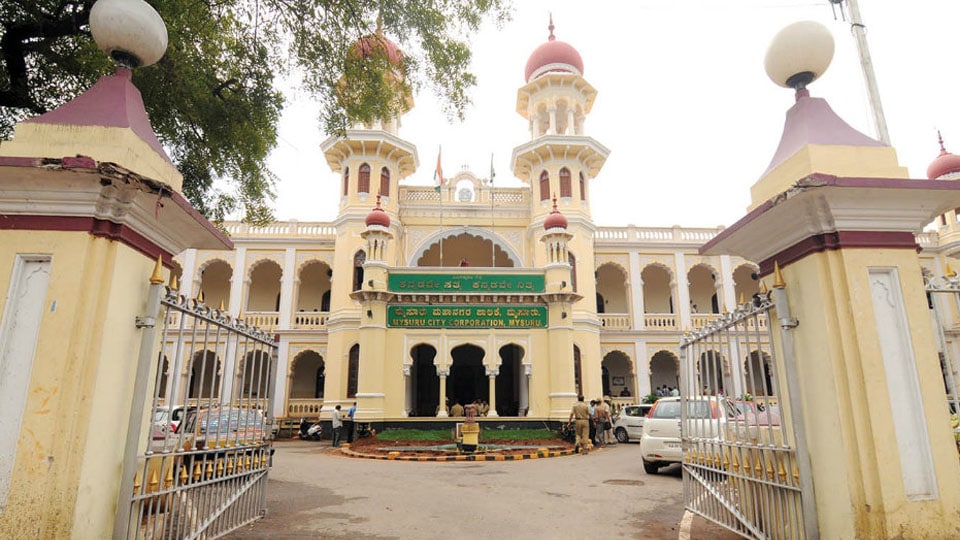 JD(S) may part ways with Congress in MCC

Mysore/Mysuru: In a changed political scenario, Janata Dal-Secular (JD-S) is likely to end alliance with Congress in the forthcoming Mayoral elections of Mysuru City Corporation (MCC) and align with the Opposition BJP.

In the election held on  Nov. 17, 2018, the Congress sealed an alliance with the JD(S) keeping out BJP from power despite it being the largest party.

Of late, a political slugfest has erupted between former Chief Ministers Siddharamaiah and H.D. Kumaraswamy with the two leaders blaming each other for the collapse of the Congress-JD(S) Coalition Government in Karnataka. The unease that existed between the former alliance partners ever since the fall of the alliance Government in July has now come out in the open now — spats have become ugly — and it may result in JD(S) saying goodbye to Congress.

The ruling JD(S) Corporators are waiting for a word from their party bosses on which party they should go — Congress or BJP.

Mysuru City JD(S) President K.T. Cheluvegowda held a meeting with his party Corporators at Mayor House in Vontikoppal on Friday to collect their opinions in connection with the coming Mayoral polls. K.R. Nagar MLA S.R. Mahesh, who was supposed to chair the meeting, did not turn up on health grounds.

Later, talking to reporters, Cheluvegowda said that the party High Command would decide on whom the party should have an alliance with the coming Mayoral election. “Opinion of each member has been collected. In the current coalition, a few Congress members are not co-operating and they have insulted Mayor Tasneem who belongs to the JD(S). So far, there is no decision whether to continue alliance with the Congress party or to break ties,” he added.

He said another round of meeting would be held under the leadership of MLA Mahesh and opinion of members will be taken again. Then they would convey their feelings to the High Command in turn it would take a final decision after the announcement of date for the elections to Mayor and Deputy Mayor. “We will abide by our party decision.”

‘Congress has insulted me’

JD(S) is a secular party. It is true that I am very much pained at the behaviour of a     few Congress members and it is true that they have insulted me. But that should not become a yardstick on the alliance in the coming Mayoral polls. However, I am bound by any decision taken by our party bosses.” -Tasneem, Mayor, Mysuru,

This time, the Mayor’s post must be given to the BJP. It is very important to have this post for overall development of city. Any single largest party can extend support to us. Our party is in power in both Centre and State Governments. If our party member becomes the Mayor it will be an added advantage for the city’s development. So far, we have not been given the Mayor’s post. Previously we had alliance with the JD(S) but we had to be contended with Deputy Mayor’s post. We welcome alliance with any party which gives us the Mayor post.” – Pratap Simha, MP, Mysuru-Kodagu