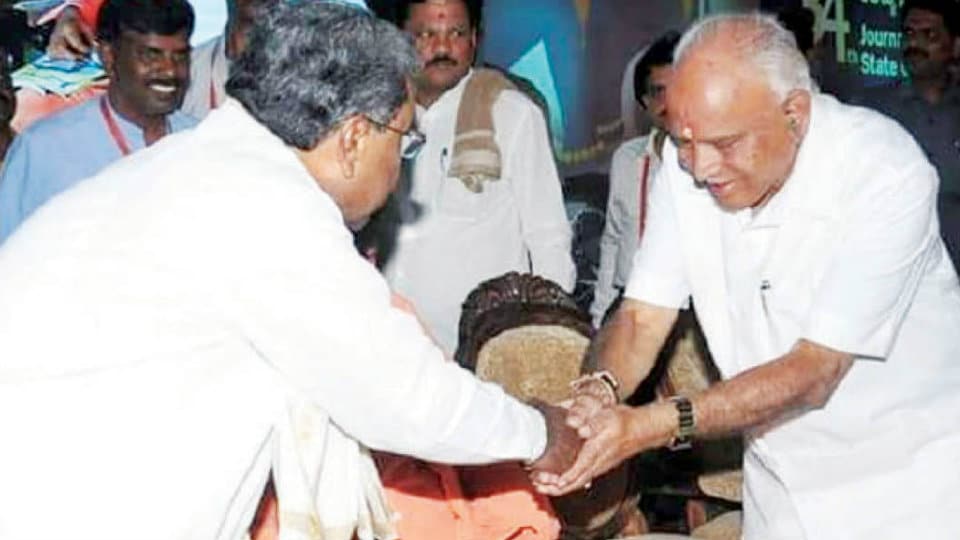 Journalism is getting commercialised: Siddharamaiah

Suttur: Maintaining that journalism is getting commercialised these days, former Chief Minister Siddharamaiah observed that journalism should retain its service identity.

He was speaking at the valedictory of the two-day State-level Journalists Conference hosted by Mysuru District Journalists Association (MDJA) at Suttur in Nanjangud taluk on Saturday.

Pointing out that the press is a service sector and as such it should not become commercialised, he said that although the press needs advertisements for survival, it should not sacrifice its professionalism for the sake of it.

Noting that journalists can become the voice of the society only if the press retains its service characteristic, the former CM expressed over doubts being expressed over the credibility of the press.

Pointing out that Freedom of Expression is the essence of democracy, Siddharamaiah said the press is considered as the fourth pillar of democracy and as such, the press should retain its trust within the society.

State BJP President B.S. Yeddyurappa, also a former CM, who delivered the valedictory address, said that the pen is mightier than the sword in a democratic set up.

Pointing out that the press is the fourth pillar of the society, Yeddyurappa underlined the role of the press in cautioning the three other pillars of democracy whenever they went wrong.

Highlighting the role of journalists in unearthing and exploring truth, the State BJP Chief cautioned them that they would lose the confidence of the people if they failed in their duty of finding out the truth.

Former CMs share stage: In a rare occasion, former Chief Ministers B.S. Yeddyurappa of the BJP and Siddharamaiah of the Congress shared stage at the State-level Journalists Conference at Suttur on Saturday. Siddharamaiah who was the first to arrive on the stage was talking to Suttur Seer Shivaratri Deshikendra Swamiji, when Yeddyurappa who arrived sometime later, sat next to the Seer. The two then warmly greeted each other by shaking hands, in the presence of the Seer.

Some among the gathering were heard saying that although the two opposed each other politically, they shared a good  relationship outside.