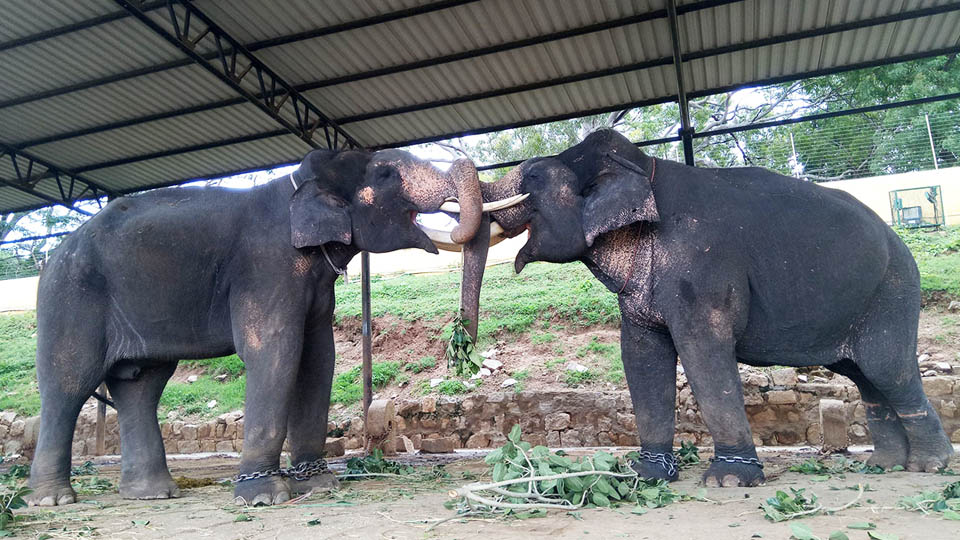 Jumbo squad getting ready for this year’s Dasara festival

This year’s Dasara festivities will be held from Oct.10 to 19 and the Forest Department, after conducting health check-up of elephants at various elephant camps, have prepared a list of 15 elephants out of which 12 elephants would take part.

They checked the health conditions, stamina, age, behaviour and the experience of elephants in participating in Dasara festivities among others. As the elephants were found fit to take part in the festivities, a list of 15 elephants has been prepared. 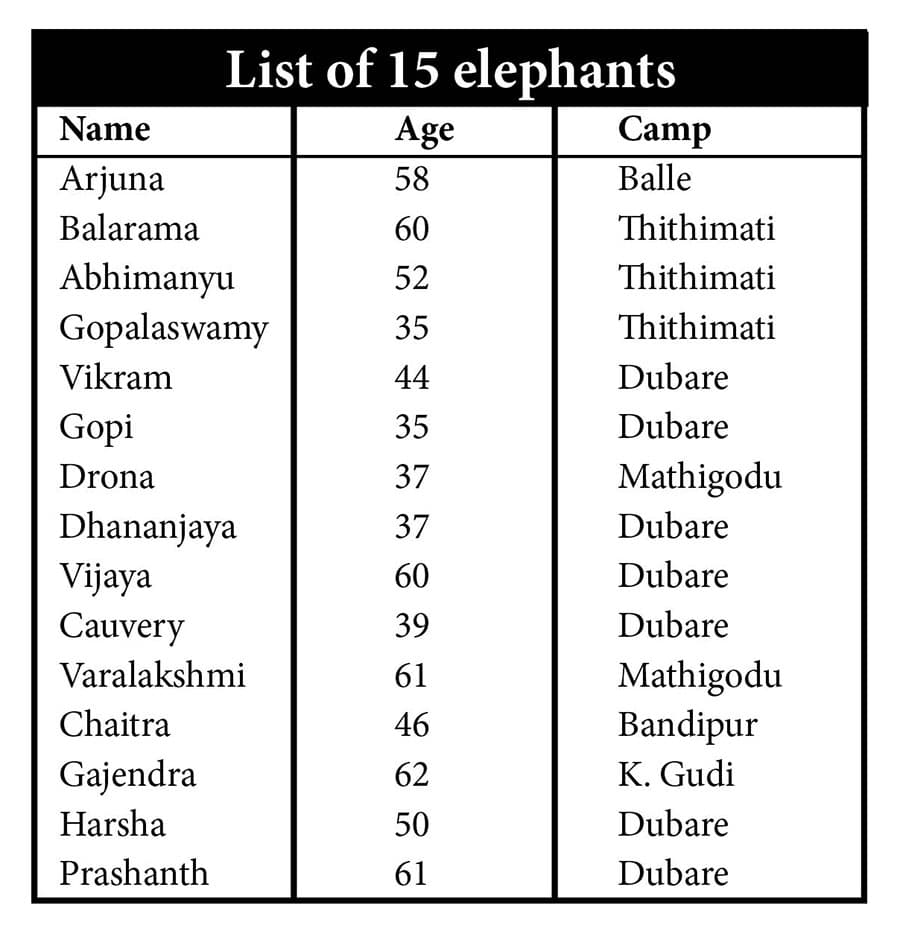 New faces: Out of the list of 15 elephants, which had been prepared to select 12 elephants, the Forest Department, in its bid to provide responsibilities to new elephants in future, has decided to introduce 37-year-old Drona from Mathigodu Elephant Camp and 37-year-old Dhananjaya from Dubare Elephant Camp, which will be participating in this year’s Dasara festivities.

Meanwhile, it is learnt that 60-year-old Balarama, which has good experience in participating in the festivities apart from being well-built, has been named as the standby Howdah-elephant in place of 58-year-old Arjuna, who is the carrier of the 750-kg Golden Howdah called as ‘Chinnada Ambari’ during the   Jamboo Savari, the grand finale of Mysuru Dasara.