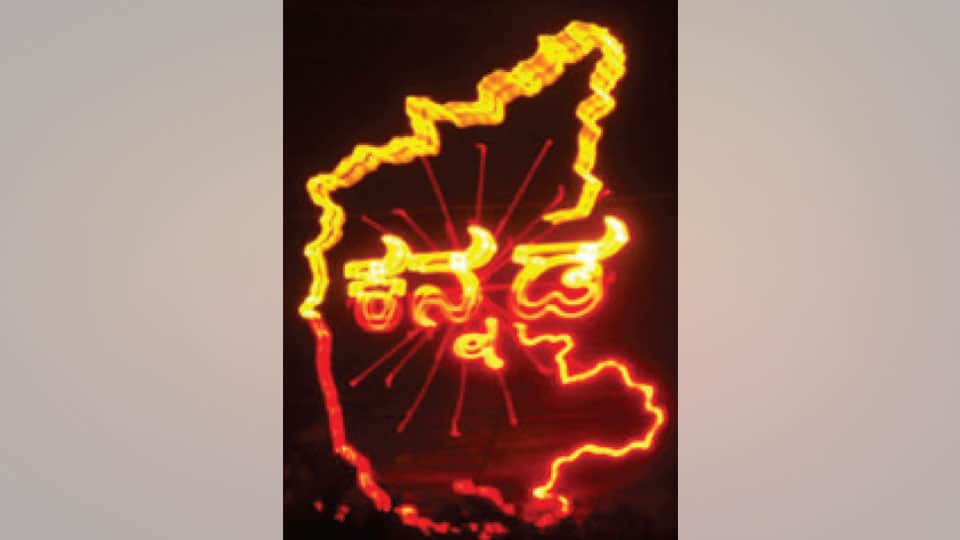 The last fortnight is significant from two points of view. The first one is Nov. 1 the day Karnataka was born and the year was 1956. This did not happen overnight. People had to fight for a unified Karnataka. Actually, Mysore State was the nucleus of this newly-formed State and the benevolent Maharajas of Mysore State were administrators and development was their motto. People respected the Wadiyars and kings like Nalwadi Krishnaraja Wadiyar and Jayachamaraja Wadiyar were looked upon with great veneration. In spite of all these, people believed that independence is the most precious thing and there could be no substitute for it.

The Rajya Sabha approved it on 25th August, 1956 and it was accepted and signed by the President and became an Act on 31st August 1956. Thus Karnataka blossomed into a reality and Nov. 1 was declared as the Formation Day of Karnataka. Rajyotsava awards were given to achievers in various fields on the occasion.

All these thoughts came to me on Nov. 1 because I had the good fortune of receiving the Rajyotsava Award in 2011, at the hands of the then Chief Minister B.S. Yeddyurappa.

The Mysore State anthem of Kaayo Sri Gowri Karunalahari… was given up and Jana Gana Mana… became the national anthem. In Mysore city, a young boy Ramaswamy became a martyr and the Deputy Commissioner Nagaraja Rao shot him dead. People have forgotten Nagaraja Rao and most people even do not know him but Ramaswamy of Banavara became immortal because of the famous landmark of Ramaswamy Circle which has the domed lights of the period of the Maharajas of Mysore.

As Ramayana says, Janani Janmabhumischa Swargadapigariyasi; meaning mother and mother land are superior to heaven. That is why it is our sacred duty to celebrate Nov. 1 as an important day every year and it is our duty to pay homage to the persons who sacrificed their lives for their motherland.

The next important celebration during the last fortnight is Deepavali. It is a Sanskrit compound word consisting of Deepa and Avali. The first one means light and avali means a line or a cluster. Its origin is found in mythology. It has two celebrations namely Naraka Chaturdashi and Balipadyami. Narakasura was a wicked demon and was tormenting the people who were performing the duties as enunciated in our ancient texts.

This demon was born when Vishnu had assumed the Varahavatara (boar incarnation). He had performed tapas and obtained a boon in the form of Viashnavaastra. This demon Naraka was ruling in Pragjotishapura and was tormenting people. He gave trouble to Indra and others. Devotees prayed to Sri Krishna, who killed many demons of this lineage. Narakasura waged a war against Sri Krishna and he ultimately killed Narakasura. This is all about Naraka Chaturdashi.

Actually Hindus celebrate it for three weeks from Ashvayuja Krishna Paksha Chaturdashi every year. The celebration is of many types. Hindus take oil bath at the time when moon rises. On the Amavasya (new moon day) devotees offer tarpana through water. It is in honour of Yama or the God of death. People believe that from this day they will not have the fear of death.

On that night people light oil lamps and worship Lakshmi. It is believed that people get not only money but development in all fields. Many Marwaris (business people) start their account books from this day. Hence they celebrate this day by distributing sweets and dry fruits.

For a month people lit oil lamps. In temples at Dharmasthala, Sringeri, Karthika Deepas are lit in thousands and lakhs and it is referred to as Lakshadeepothsava. It is also a day on which Vikrama Saka was started and Sri Krishna lifted Govardhan Mountain and saved the cows. Hence, people worship cows.

Now we may turn to the saint Bali, in whose memory Balipadyami is celebrated. Bali is the son of saint Virochana and grandson of Prahallada. Bali was killed by Indra but because of Mrita Sanjeevini herb, he came back to life. He defeated Indra also and performed Ashwamedha.

Vamana, the son of Aditi, after upanayanam, came to Bali and asked for three feet of the earth but Shukracharya cautioned him not to give. But Bali out of vanity agreed. Vamana measured two feet by measuring earth and sky and asked for the place for the third feet. There was no choice and hence Bali offered his head and Vamana pushed him into the Pathala Loka. Thus Bali, though a good person was full of vanity and naturally he had to pay a price for it.

Naraka Chaturdashi and Balipadyami are celebrated in a variety of ways. But the motto is the punishing the wicked and helping the good.

2 COMMENTS ON THIS POST To “Kannada Rajyotsava and Deepavali”