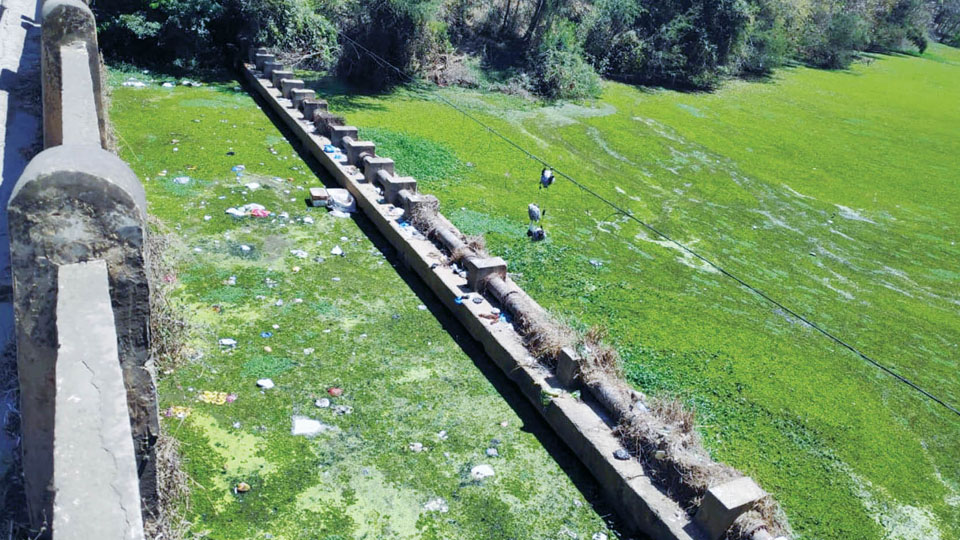 Karnataka River Water is not as safe as you think

Think before you take a sip of river water. The water you drink or use for your daily needs may not be as safe as you think. With more than millions of litres of sewage water and pollutants entering rivers in Karnataka annually, one can only imagine the level of contamination.

A report released by Karnataka State Pollution Control Board (KSPCB) in the second week of February states that not a single river in Karnataka contains water that is potable without conventional treatment. The report reveals river classification data of December 2018 collated by KSPCB. Of the 94 samples collected from 19 rivers in Karnataka, not one was classified ‘Class A’ which indicates potable water. Around 15 samples were classified as ‘Class D’ and River Cauvery is classified under ‘Class C’. The report states that release of domestic and industrial waste in the Storm Water Drains (SWD) is the main reason for the deterioration of reserved water bodies.

The water quality stretch is evaluated based on the criteria of designated best use and activities in the river. The water quality monitoring results are analysed with respect to the indicator of oxygen consuming substances (bio-chemical demand) and indicator of pathogenic bacteria (total coliform and faecal coliform). The water is classified as ‘Class C’ if pathogenic bacteria content is more than 60 percent. If there is an improvement of 16 percent, the water is classified as ‘Class B.’

Cauvery water from Ranganathittu Bird Sanctuary till Sathegala Bridge near Malavalli has been classified as ‘Class C’ while the water from Triveni Sangama at Bhagamandala to Srirangapatna has been graded as ‘Class B.’

The monitoring of rivers is done on a monthly basis under National Water Quality Monitoring Programme (NWMP). This programme is executed by Central Pollution Control Board (CPCB), in collaboration with KSPCB. Water samples are analysed for 28 parameters, which include 9 core parameters, 19 physico-chemical and bacteriological parameters along with field observations. Besides this, eight trace metals and 15 pesticides are analysed once a year to assess the water quality.

The water quality monitoring network is operated under two programmes — Global Environment Monitoring System (GEMS- 5 locations) and Monitoring of Indian National Aquatic Resources System (MINARS- 58 locations). There are 63 stations across the State for the purpose.

Regarding River Cauvery, release of sewage into rivers due to absence of toilets in villages situated on the banks of the river is the biggest culprit. Also, at Srirangapatna due to immersion of ashes of dead bodies is causing the river to pollute.

There are several tile factories and service station at Kushalnagar-Suntikoppa-Madikeri stretch where waste water is drained into Cauvery. Along with automobile waste, dust and fine particles-laden tile waste is let into water.

This is coffee picking and processing season and the residents of Siddapura coffee belt have alleged that coffee pulp waste is being let into the Cauvery River flowing through the town by estate owners in the area. Residents alleged that the waste water is being allowed to run into the river through a canal built to let rainwater run into the river.

As per law, estate owners must store coffee pulping waste and are prohibited to let it into the river and according to environmentalists, coffee pulp waste can be hazardous to marine ecology. Following reports in social media about the pulp being discharged into Cauvery, Social Welfare Minister Priyank Kharge recently instructed the Kodagu DC to look into the matter immediately.

Following the Minister’s directive, Kodagu District Administration officials visited the riverbed near Siddapura and found a drain where the pulp was discharged into the river at Karadigodu village.

“A spot inspection was ordered and the Pollution Control Board officials have carried it out. A notice has been issued to the estate owner and further steps will be taken in this regard,” Kodagu Deputy Commissioner Annies Kanmani Joy told reporters.

“Cauvery now is polluted due to the discharge of coffee pulp from estates directly into river along with sewage flow from towns and dumping of garbage on the river bed. Moreover, it is summer and once the rainy season starts, harmful elements in the water will be washed away,” she said.