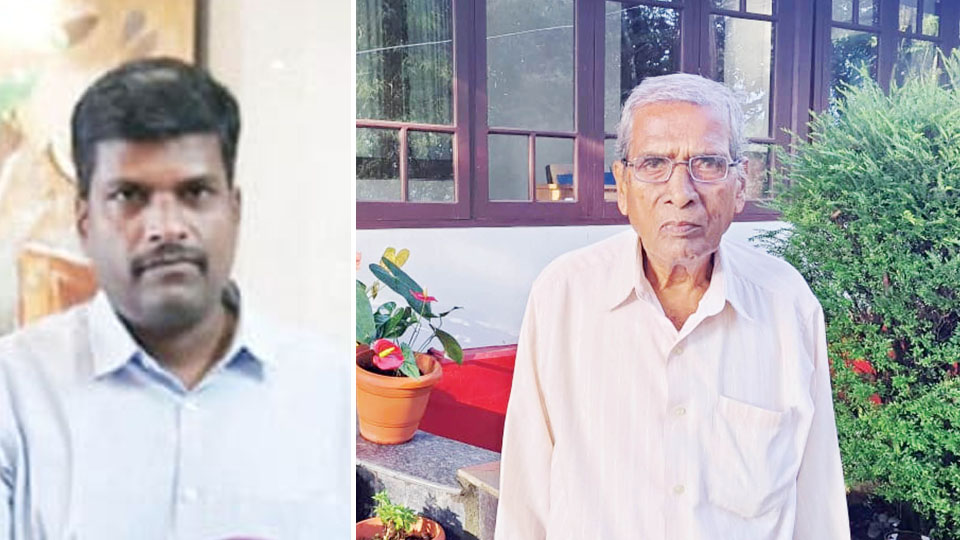 Madikeri: At a time when family members of high-ranking officers do not shy away from using official vehicles of their sons or daughters for long trips at the expense of taxpayers’ money, the father of Kodagu Deputy Commissioner (DC) travelled in an ordinary KSRTC bus from his native in Shivamogga to meet his son in Madikeri.

Eighty-two-year-old B.C. Chandrappa, father of Kodagu DC Dr. B.C. Satish travelled in the KSRTC bus for over eight hours despite his age. After reaching Madikeri, he walked to his son’s official residence with a small bag in his hand and told the gate-guarding Policemen that he was the DC’s father.

The shocked Cop could not believe it and went along with Chandrappa and informed Dr. Satish about his father’s arrival. The DC’s father had not informed his son and his surprise visit brought a broad smile on Dr. Satish’s face. He cordially invited him inside.

Hailing from a humble background, Dr. Satish took charge as Kodagu DC in October 2021. He  had earlier worked as the Assistant Commissioner in Belagavi, Bailhongal and Kumta, CEO of Dharwad Zilla Panchayat and as the DC of Raichur.

Chandrappa is a retired teacher and after retirement, he is looking after his six-acre arecanut farm in Shivamogga. He is fitted with a heart stent and he also underwent a knee surgery. Despite his health condition, he did not claim any facility the Government offered to his DC son.

By not utilising his son’s powers as the DC, Chandrappa, who as a teacher earlier having taught thousands of students on the values and virtues of life, is an ideal example for others to follow. Madikeri Akashavani Programme Head Dr. Vijay Angadi said that as the father of a DC, Chandrappa was a model to others. “I came to know of DC’s father’s visit to Madikeri when I went to the DC’s residence for talks regarding Akashavani programmes on May 19. Hats off to his humbleness,” Vijay said.