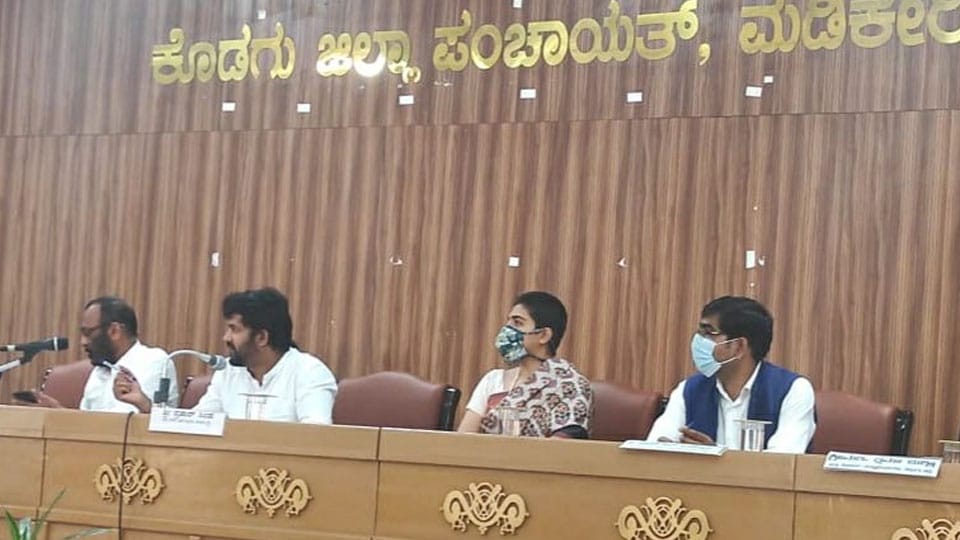 Madikeri: The works on the new Mysuru-Kushalnagar Highway project to be taken up by National Highways Authority of India (NHAI) will begin in 15 months. Called the Mysuru-Madikeri Economic Corridor Expressway Project along Mysuru-Madikeri NH-275, the project will directly connect Kushalnagar in Kodagu to Paschimavahini in Srirangapatna, Mandya District.

The land acquisition process is already on for the 115-km-long Expressway costing Rs.6,000 crore. It is a fully Centrally-funded Project including land acquisition, said Mysuru-Kodagu MP Pratap Simha, presiding over the Kodagu District Development Coordination and Monitoring Committee meeting at Zilla Panchayat Hall in Madikeri yesterday.

The four-lane Highway project will be part of the 376-km-long National Highway-275 between Bengaluru and Bantwal. The new Highway will reduce the vehicle pressure on NH – 275, the lifeline between Mysuru and Madikeri and commuters from Madikeri to Bengaluru need not touch Mysuru at all, the MP said.

This would not only reduce the travel time, but also spare Mysuru of the congestion, noise and air pollution, he reasoned. “The existing four-lane road between Mysuru and Madikeri has reached a saturation point and there is an urgent need to build a separate road,” the MP said.

Three bypasses have been proposed having an aggregate length of 84 km. While the combined bypass for Mysuru, Bilikere and Hunsur would be 51.43 km, the bypasses for Kushalnagar and Periyapatna would be 12.34 km and 20.22 km respectively.