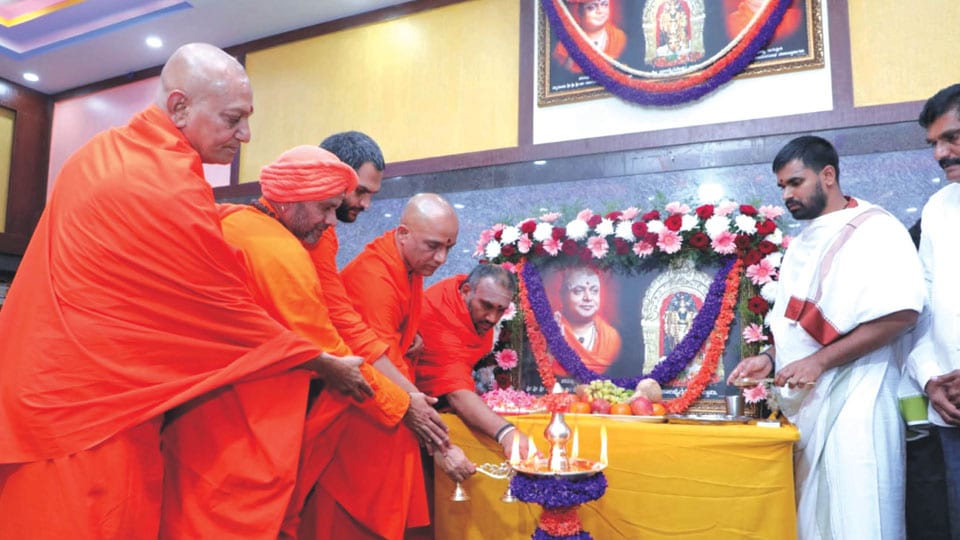 Bengaluru: Strongly advocating the need for increase in reservation quota for Vokkaliga community, Dr. Nirmalanandanatha Swamiji of Adichunchanagiri Mutt has decided to submit a memorandum to the State Government seeking formation of Vokkaliga Development Authority and to include the community in Backward Classes list.

This was decided at a meeting held under the Chairmanship of the Vokkaliga pontiff at Vijayanagar Shakha Mutt here yesterday to discuss about hike in reservation, constitution of Authority and inclusion of urban and rural economically weaker Vokkaligas to Other Backward Classes category.

The Seer said that as many as 115 sub-castes in Vokkaliga community have not been included in Backward Classes list because of which they were denied of Government benefits. So, all those sub-castes must be added to the list for which they need to fight, he said.

The community people, living in urban areas, were also in distress and they too must be extended the benefit of reservation. Without differentiating between urban and rural Vokkaligas, everyone must be brought under the ambit of reservation, he noted.

Sri Nanjavadhoota Swamiji said efforts were on to divide the Vokkaliga community and they would become minority in case sub-castes go out of it. The community leaders must ensure that such a costly mistake was not done. They must continue to fight till their demands of hike in reservation quota and constitution of Vokkaliga Development Authority were met by the Government.

The meeting opined that there was scope to increase reservation as done in Tamil Nadu where the reservation has been capped at 69 percent. Several Committees including Vokkaligara Meesalathi Horata Samithi were constituted to put pressure on the State Government in this regard.