Home » Columns » Learn from the decline of Sri Lanka 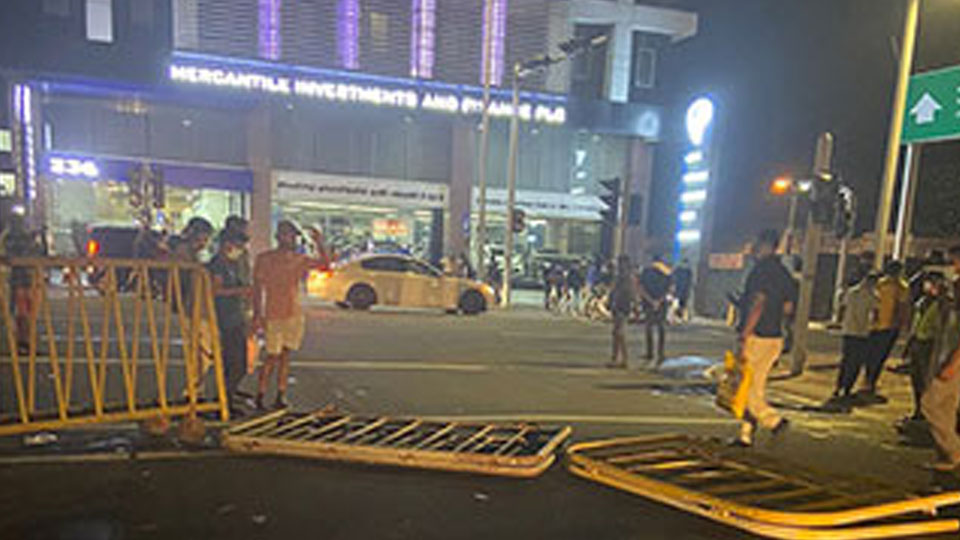 Learn from the decline of Sri Lanka

What a tragedy Sri Lanka has become.  All school examinations have been cancelled because there is no paper.  There is no paper because there is no money to import it.  There is no fuel for cooking.  A thousand bakeries are closed.  Many power plants have shut down leading to extensive power cuts. Some 50,000 gas cylinders used to be supplied in a month. It’s down to 2,000 now; the impact on households can be imagined. One citizen put it bluntly: “We can’t even afford a headache; there’s no medicine.”

Sri Lanka was a fun country not long ago. People liked to enjoy life, and most of them could. Lanka was also dreaded by many countries because when Muttiah Muralitharan started bowling, shivers went down the spines of his targeted batsmen. Sanath Jayasuriya invented new techniques of hard-hitting the ball, which became the standard for all ambitious players.

Cherished names from that era of Lankan glory are still remembered with pride.  Sirimavo Bandaranaike and Chandrika Kumaratunga proved the power of women in a field usually seen as the preserve of men.  Ranil Wikremesinghe and Ranasinghe Premadasa fought democracy’s wars regardless of the costs.  Sarath Fonseka became a Field Marshal, the country’s first.

This great and wonderful country turned into a tragedy for reasons not noticed when it happened. Soon enough the reason became obvious: A proud and creative country had become the private preserve of a single family, the Rajapaksas.

How this happened will one day be chronicled with academic clarity.  What we know now is that Mahinda Rajapaksa was elected Prime Minister in 2004, became President in 2005 and stayed in that chair for ten long years.  That stint in power was used by his brother Gotabaya, a scheming politician, to change the system in favour of his family.  He succeeded so well that he became known even among his supporters as “The Terminator.”

How many people were terminated in that period is not yet public knowledge, but there were reports of people being picked up by the Police, never to be seen again. Gotabaya became famous for his short temper and widespread corruption, but no one would say a word against him.

READ ALSO  A coup that awaits the daring

In 2019, he became President of the country, enjoying special privileges and immunity against legal proceedings.  Basil Rajapaksa, considered the economic genius of the family, ensured that Government contracts fetched him commissions suiting his status.  He became known as “Mr. Ten Percent.”  That showed his modesty because he could easily have become “Mr. Twenty-five Percent.” He faced many prosecutions but they meant nothing because (a) no charge was proved against him, and (b) he had dual citizenship, Sri Lankan and American.

The family’s influence kept growing. Namal Rajapaksa, son of Mahinda, entered Parliament when he was only 24.  He held no Ministerial post, but his backing was essential for any project to go ahead in the country.  He faced charges of money laundering, but he rolled on from one successful post to another.  Mahinda is said to be grooming him to become President of the country.

At the political level, it has been a story of opportunism all the way. For a long time, Sri Lanka tried not to depend on India. This was when China took unusual interest in the island’s affairs. They built a major port at Hambantota, a strategic point along the east-west shipping routes.  This was in addition to a new port developed in Colombo itself. Sri Lankan Parliament passed laws that turned 600 acres near the existing Colombo Port into Chinese sovereign territory.

For some reason, the weather changed. China seemed uninterested in asserting its rights and Colombo suddenly turned to India for help.  A $100 crore loan happened, and was followed by another $100 crore loan. It was explained that the money from India was to ensure imports of day to day necessities that had become locally unavailable — rice, sugar, wheat, medicines.  How did such essentials become unavailable?  How did corruption go deep enough to devour the country?

READ ALSO  Unity, Yes. But Who Will Be The PM?

Facing a survival crisis, Sri Lankan central bank had printed currency notes in excess of prudent limits.  They added up to 1.2 lakh crore in value (about 26,000 crore rupees in Indian money).  That does not seem to have solved problems of everyday existence.  Where do they go now?  Where is China?  All we know is where is Mahinda, and Gotabaya, and Basil, and Chamal, the eldest of the brothers, and also Namal, Mahinda’s son.  We know where they are today and how well they are doing.  But tomorrow?

Point of View Sri Lanka T.J.S. George
MCC property tax: Why the increase this year too?
‘People think water is dangerous, this mindset has to change’