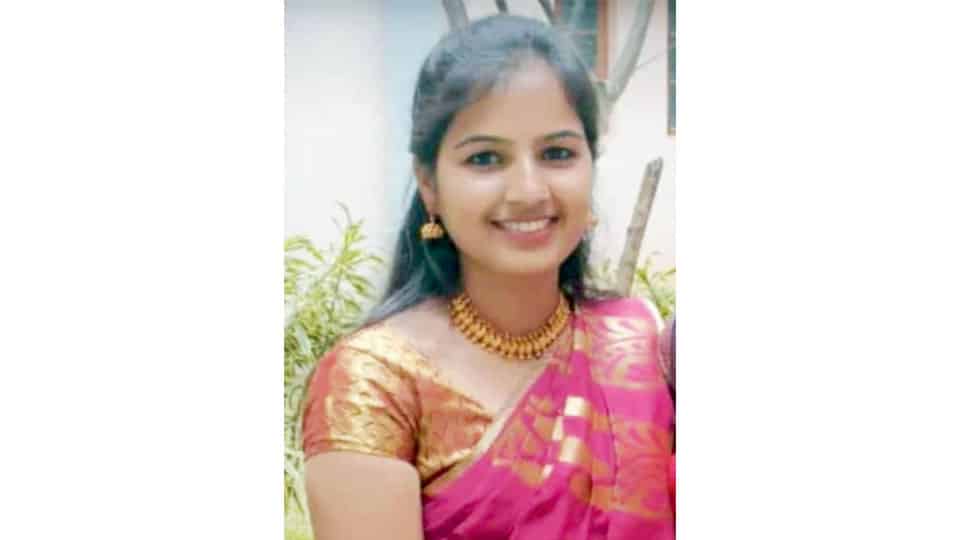 Lecturer ends life on her birthday

In death note, she has asked her younger sister not to work as a lecturer at any cost

Chamarajanagar: A 26-year-old lecturer, working at a private First Grade College in the town, committed suicide by hanging self at the hostel room on her birthday yesterday, leaving behind a death note.

The deceased is Chandana, daughter of Mahadevaswamy, a resident of Ambale village in Yalandur taluk. As Chandana was working in the town, she was staying in the College hostel.

Yesterday being her birthday, her friends and students greeted her in the morning and when her room-mates left, Chandana reportedly hanged herself to the ceiling fan in the room at about 10.30 am.

Mahadevaswamy then called the hostel’s security and informed that Chandana was not receiving the phone, following which, the security guard went to Chanadana’s room only to find her hanging from the ceiling fan. He immediately informed the hostel authorities, who in turn informed the Police. The Police, who rushed to the hostel room, conducted an inspection, besides registering a case.

Meanwhile, shocked over the death of his daughter, Mahadevaswamy said that Chandana, apart from working as a lecturer was also taking care of the house. “She was a good girl. I wanted to take her home and celebrate her birthday in a grand manner. I had called on her mobile phone on Monday night, but her phone was switched off. I called the Warden on Tuesday morning and enquired, but the Warden called me again after an hour and informed me to come to the hostel, stating that Chandana was not keeping well. But now, this has happened,” said grieving Mahadevaswamy.