Home » Columns » Abracadabra By K. B. Ganapathy » Lokayukta gets Punarjanma: What next? 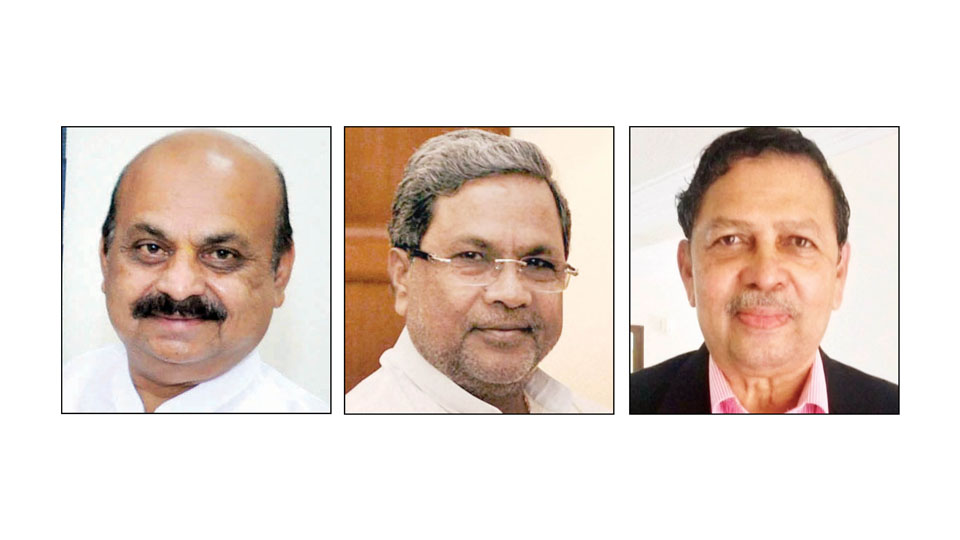 Lokayukta gets Punarjanma: What next?

Ayn Rand did warn us in 1957!: “When you see that in order to produce, you need to obtain permission from men who produce nothing – When you see that money is flowing to those who deal, not in goods, but in favours – When you see that men get richer by graft and by pull than by work, and your laws don’t protect you against them, but protect them against you – When you see corruption being rewarded and honesty becoming a self-sacrifice – You may know that your society is doomed.” — Ayn Rand, Atlas Shrugged, 1957

Winston Churchill was asked what qualities a politician required. Churchill replied, ‘The ability to foretell what is going to happen tomorrow, next week, next month and next year. And to have the ability afterwards to explain why it did not happen.’

I remembered these prophetic and axiomatic words of one of world’s greatest Generals and Politicians Winston Churchill when I read a report in Deccan Herald yesterday under the headline, “Govt. to follow High Court order on ACB.”

We know that the Karnataka High Court had passed a path-breaking judgement on Thursday when it ordered  abolition of the Anti-Corruption Bureau (ACB) and strengthening of the Lokayukta to fight corruption in the State.

The High Court order is as clear as a bright sunny day, without any ambiguity or grey area, delivered in a language that is crystal clear for anyone who understands the language. The order also answers questions that might arise in the minds of politicians and bureaucrats who are, understandably, reluctant to go back to Lokayukta.

Surprisingly and again understandably, this Government is indecisive on how the Court’s order should be implemented. Come on. I suggest, take the advice of former Lokayukta Justice N. Santosh Hegde (who was also former Supreme Court Judge).He should know. His reaction to the judgement was appreciation saying that now the Lokayukta is strengthened, the corrupt are under fear. Which is why the BJP Government is indecisive.

It was Congress Government headed by Siddharamaiah as Chief Minister that killed Lokayukta and gave birth to ACB under a notification on March 14, 2016. Intention was clearly malafide. Even the High Court observed  that ACB was created to scuttle probes against politicians.

This was challenged in the High Court by a PIL filed by the Advocates’ Association of Bangalore, Samaj Parivartana Samudaya and others.

And now the judgement has been pronounced, rather delayed. But does not matter, as the saying goes, the wheels of the Government, in this case the Court, may move slowly but they grind well.

Curiously, the BJP’s election manifesto of 2018 had said that if it came to power it would abolish the ACB and the Lokayukta would be revived and continued. What happened? BJP got a very good excuse: Chief Minister Basavaraj Bommai said that since the matter was in Court “we could not take the decision.”

Really? He also said that he would now abide by the BJP’s election manifesto but added a caveat — “However, we need to study the entire text of the judgement before implementing it.” Well, by that time it would be time for next Assembly election 2023. So, so, so….?

And what does the Law Minister J.C. Madhuswamy say? The Government is still undecided on appealing the High Court’s decision. Does it mean, going in appeal is also an option the Government is contemplating to scuttle probes against politicians and the bureaucrats?

Surely, these BJP politicians are exhibiting the qualities of politicians according to Winston Churchill that I mentioned at the beginning — Having given the promise to abolish ACB in its 2018 election manifesto, now “afterwards” it is trying to explain why it did not happen and further why it might be difficult to make it happen. Alleluia!

7 COMMENTS ON THIS POST To “Lokayukta gets Punarjanma: What next?”