Home » Feature Articles » LPG Vs PNG is no slugfest, both can coexist 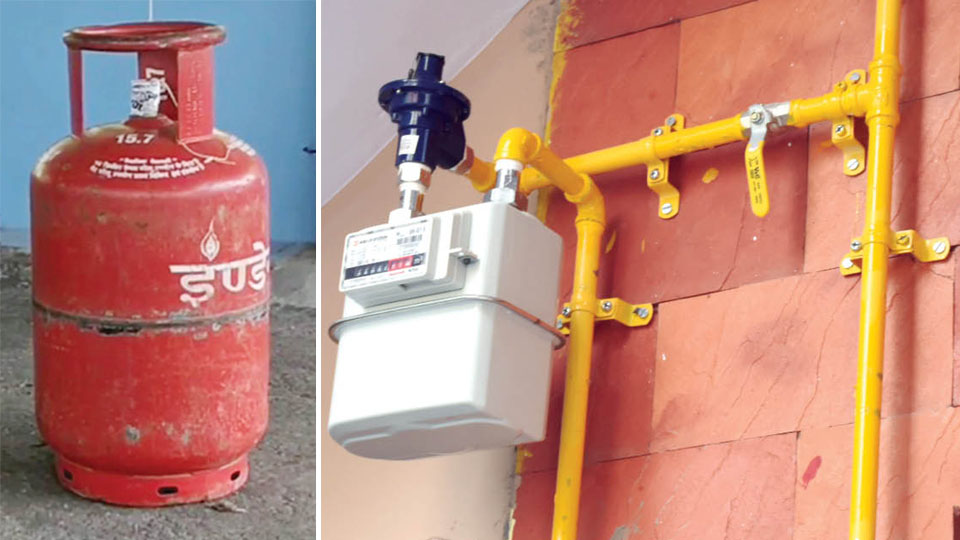 LPG Vs PNG is no slugfest, both can coexist

Being a member of the LPG network, it would be supine and unjust on our part not to give a balanced counter view on the subject of PNG Vs LPG as a fuel of choice.

Essential product LPG has been consciously promulgated by the Government at the Centre as an ideal fuel for modern living because of its inherent quality of being a more versatile, efficient and clean energy and thereby ballyhooed the LPG cylinder in its flagship social campaign, introducing the Ujjwala scheme that has been feted as a runaway success by international bodies for meeting its desired objective of spreading its reach and availability to poor households by supporting the adaption of a clean and non-toxic fuel (LPG) and eschewing them from traditional fuels like firewood that has a pernicious effect on the health of the family members in general and the women of the house in particular.

To avoid the risk of being archetyped as a poor man’s fuel only but also to cater to the discerning city dweller, LPG as a product has gone through many periodic changes in its offering from blast proof cylinders, popularly known as “smart “cylinder and its immersive usage of the digital ecosystem end-to-end from booking an LPG connection or refill to 24×7 toll free number to address emergency complaints, is starting to be seen now as a more faster, safer and hassle-free utility service provider than any food delivery app, so to dismiss LPG as an inferior product is biased and unilateral.

On the subject of piped gas to homes and the Government big banner initiative to increase the gas footprint in the economy from the current 6% to around 15% by 2030, is primarily seen as a drive to meet its net zero carbon emission endeavour that was signed in the Paris Climate Accord  Treaty in 2015 and was committed to again by our PM himself in the recently concluded Glasgow Climate Summit in 2021.

However,  what has confounded many pundits in the hydrocarbon space and Government agencies alike is the recent report shared by IPCC, inter-Government Panel on Climate Change, that what has always been touted as a clean fuel, natural gas with its high methane concentration is also seen as a potent greenhouse gas emitter second only to coal, the dirtiest fossil fuel used by mankind and the biggest emitter of carbon dioxide (CO2).

So those who worry about CO2 should worry about methane is what the report concluded and taking a cue from that report and also to silence its investors back home in the western democracies who are getting vocal on climate change that has made environmental, social and governance (ESG) scores a force to investing and valuation, the super majors in the Oil and Gas industry like exxonMobil and other European majors have pledged recently to cut emission by cutting down on methane production.

Not to prolix more on  the subject of climate change and coming to our home turf in Mysuru and address the kerfuffle, the supposed piped gas to homes is in fact LNG (Liquefied Natural Gas). By using new technology it has made natural gas storing and transporting relatively more versatile and portable; hence its seen as a ‘bridge fuel’ and a cleaner alternative to pollutant fuels.

Compressed Natural Gas (CNG) like PNG is derived from LNG here, and plays a big part in the all encompassing city gas distribution (CGD) network that the Central Government has envisioned to supplant present liquid fuels used in motor vehicles.

In international markets and as a source of energy, LNG is a more expensive fuel than LPG because of its infrastructure needs like cold storage, equipment and space requirements as natural gas gets liquefied at very low temperatures before it is passed through pipelines, underlying the need to set up many liquefaction feeder plants in many parts of the city, if the fledgling Gas operator desires to maintain adequate flow rate across the city needed to run the kitchen efficiently and effectively.

LPG here has proven beyond doubt its effectiveness because of its superior heating value than any liquid/gaseous/solid fuel. In a world we live,  public outcry on power outages and water outages connected to the fiddly grid are not uncommon but seldom we hear or experience LPG outages the very perks of a decentralised  delivery network   ,

PNG/LNG has been introduced by the Government not to replace LPG but to eschew industrial  factories, fertiliser and power companies who are using pollutant fuels to shift to natural gas as it was inadvertently considered a more cleaner fuel and in the process tap into homes of these industrial suburbs located in the vicinity.

And to posit by saying that LNG/ PNG will be cheaper than LPG always is a gambit that would amount to as premature and bluster sounding, given the present geopolitical tension between Russia and NATO allies and the supply chain snarl ups the world is currently enduring has lead to natural gas prices soaring in the  international market.

India being a big importer of natural gas, one need not be an energy pundit or an economic erudite to foretell that it would undermine the Government coffers to supply it at a subsidised rate to the larger populace as it will burn a hole for the exchequer. Pump Priming is a feature most conservative Governments undertake to stimulate the economy but sustaining that by giving subsidy to a larger consumer base would be against the same conservative Government’s fiscal prudence stance.