Home » Columns » Why Mallya & UK Court can mock us… 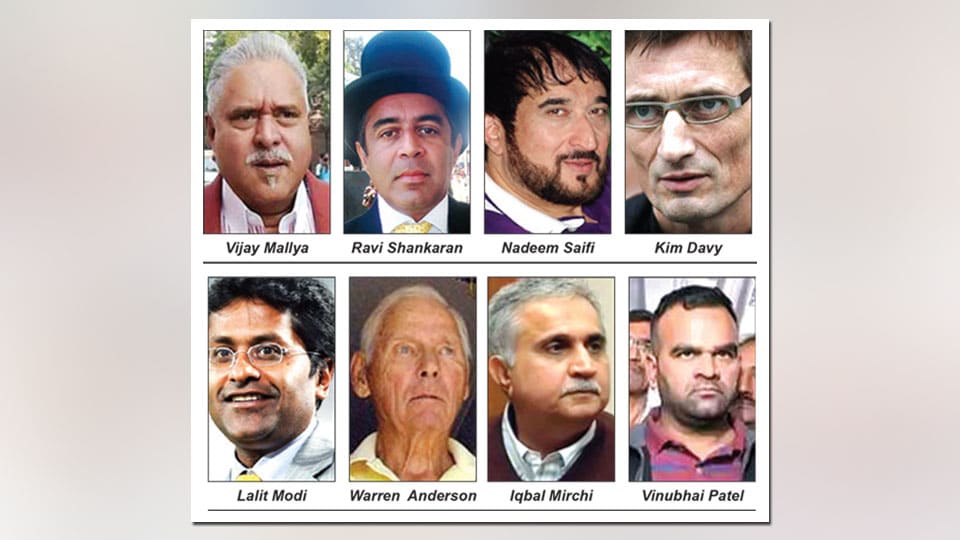 Why Mallya & UK Court can mock us…

On Tuesday, a UK Court said India hasn’t provided evidence for the extradition of Vijay Mallya, which has effectively delayed the process till next year! Not just that, the Chief Magistrate at Westminster Magistrates’ Court mockingly stated “Are Indians normally very prompt in their responses? They have taken six months so far and we haven’t got any further forward in the past 6 weeks?” And now the UK Court has not only excused Mallya from appearing personally for the next hearing slated for July 6 but also extended his bail until Dec. 4.

Now we fear instead of getting Vijay Mallya back and making him pay, we may end up paying the British Court. Why do I say that?

Well, because it has happened before in the now forgotten, Naval War-room Leak case. In this case, one Lt. Commander Ravi Shankaran, an ex-Naval officer, stole documents from the Directorate of Naval Operations, New Delhi (aka, Navy war-room) and gave it to Thales, the maker of Scorpene submarines, enabling them to clinch a 3 billion euro Submarine Deal with the Indian Navy!

It turns out Ravi Shankaran was caught twice by CBI and he escaped both times! Then he finally surrendered in London and India tried to get him extradited. After many hearings, the British Court quashed that extradition order as the two-member bench ruled: “Prima facie there is no case against Ravi Shankaran.”

So after 10 years, our investigating agency couldn’t even make a case that proved “prima facie” there was a case?! Not just that, the British Court ordered the CBI to pay over a crore to Shankaran for the legal costs incurred by him!

This kind of embarrassment to India due to the inefficiencies of our agencies is not new. Remember what happened to the two Italian marines who shot two innocent Indian fishermen? The case has been on for 5 years now.

Many may remember in 2012 when the Italian Marine story broke, the BJP’s ever-so articulate Arun Jaitley quoted Ian Fleming’s James Bond saying: Once it happens it’s chance, twice is a coincidence, three times is enemy action. Italy’s decision NOT to send its marines back to India to stand trial for killing two Indian fishermen was ‘enemy action’ and India should forget diplomacy and take action.

So what action is BJP taking now that they are in power? Oh! Well, in Jan. 2015 the Supreme Court extended the marine’s request to stay in Italy till July and the government backed it!

Meanwhile, the Italians managed to get the European Parliament to approve a resolution which stated that they will be tried in Italy.

There is another reason why the Italian case got strong — incompetence in handling cases and delayed process of justice. To begin with, the FIR was botched up and then the marines were detained with NO charge filed. In fact, the European Union has stated that this detention with no charge was not only “illegal” but also a “human rights violation.”

Now they made it a good enough reason not to have the trial in India as they claimed in India the marines will not get a fair trial and there could be human rights violation! So our agencies shot themselves in the foot with their incompetence.

There are numerous such cases. Whatever happened to Nadeem Saifi? The one-half of the famous music duo Nadeem-Shravan, the man who was the prime accused in the murder of T-series music label owner Gulshan Kumar? Well, Nadeem is comfortably living in London since 1997!

Then there is Danish citizen Niels Holck, also known as Kim Davy who was the mastermind of the 1995 arms drop in West Bengal’s Purulia district? He is not only living comfortably in Denmark but he even wrote an autobiography titled “They Call Me a Terrorist” where he confesses that he did drop weapons and also how he did it!  Yet, his extradition never came through.

Then we have Warren Anderson, the man who was Chairman of Union Carbide Corporation (UCC) in Bhopal, that killed over 3,700 in 1984. Anderson was arrested by the Bhopal Police and later released on bail with the condition that he will appear before the Court whenever summoned but he escaped to USA. The CBI first applied for his extradition 18 years later in 2003! Nothing happened and Anderson died in Sept. 2014 at a nursing home in Florida aged 92.

Even in the case of Lalit Modi, the Interpol rejected CBI’s request for a red corner notice against the former IPL Chief who now lives in London. Even the Mumbai blast accused Iqbal Mirchi could not be extradited from England and he died in London in 2013.

The only Indian ever extradited from UK was Gujarat riots accused, Samirbhai Vinubhai Patel, on Oct.18, 2016. He is currently in a jail in Anand district of Gujarat. But interestingly Patel unlike others, did not oppose his extradition, but “consented” to it, but…after 23 years! After the BJP government came to power.

Why are our agencies so shabby in documentation? Is it because may be they keep loopholes that can be used and misused for politics? Also we are terrible at securing a crime scene and hence evidence collected is weak when presented in Court.

So now, Vijay Mallya can mock us and so also the British Courts… And they can do this because of our own agencies’ inefficiency.