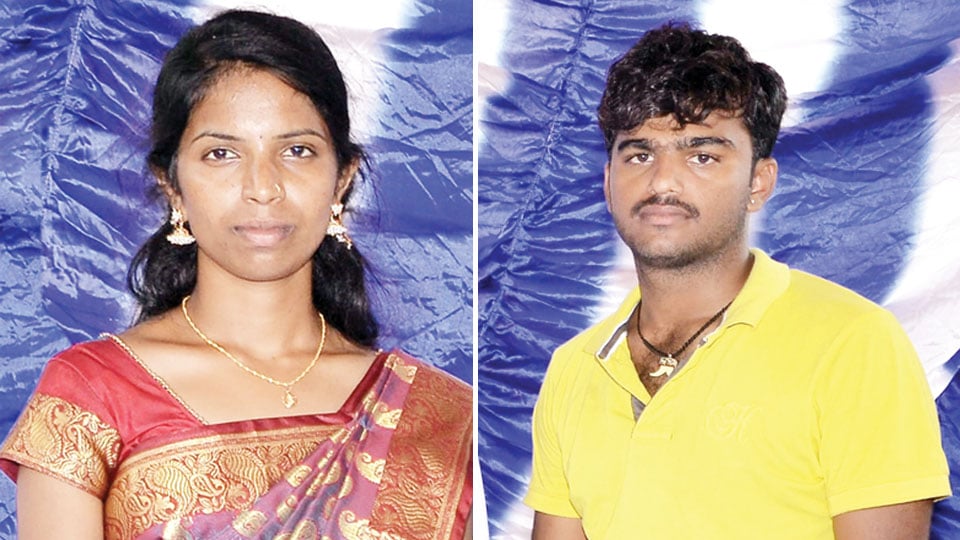 She was murdered in 2015, but incident comes to light in 2020 when victim’s mother enquires villagers

Mandya:  Pandavapura Police have arrested a man for allegedly killing his wife five years ago.

While the victim has been identified as Meghashree, daughter of Mahadevaiah of Nanjegowdana Doddi village in Malavalli taluk, the accused is Meghashree’s husband 28-year-old T.K. Swamy of Tirumalapura village in Pandavapura taluk.

In 2013, Meghashree was residing at Kodi Chikkanahalli in Bengaluru and was pursuing her studies at MET College near Begur in Bommanahalli. It was during this time, she was introduced to Swamy, who was the son of a relative of her friends Usha and Ramya and their relationship turned to love.

Later, Meghashree began to work at a garment factory and Swamy was working at a dhaba. The two reportedly married in 2014 at a temple in Rajarajeshwarinagar and began to stay at a rented house in Javaregowdanadoddi at R.R. Nagar and Byadarahalli in Bengaluru.

As they found it difficult to lead life in Bengaluru due to high cost of living, they shifted to Kalasthawadi in Mysuru. It was here the couple had difference in opinions and the issue reached the Police Station and both decided to separate. Megashree then went back to her                                parents’ house.

According to Police, during interrogation, Swamy is said to have told the Cops that on  Mar. 22, 2015, he (Swamy) called Meghashree over the phone, told her to forget the past and lead a normal life together in future.

READ ALSO  38 rowdy-sheeters to be banished from Mandya

He then asked her to come to a lodge at Srirangapatna, where they stayed overnight and the next day (Mar. 23), the couple roamed the place together till the evening.

Swamy then told her that they would go back to Tirumalapura and on the way, Swamy strangulated Meghashree near Banaghatta Gate and threw the body of Meghashree to Visvesvaraya Canal.

How the murder came to light

Meghashree’s mother Mahadevamma, who did not know the whereabouts of her daughter after she (Meghashree) returned from Bengaluru, had searched for her but in vain.

Recently, when Mahadevamma was cleaning her closet, she found the Voter ID Card of Swamy and found the address in it.

After a few people at the village told her that Megashree was murdered and the  matter hushed up, Mahadevamma, on Oct. 15, 2020 lodged a complaint at Pandavapura Police Station and also to the Women’s Commission urging them to provide justice to her.

A few organisations too staged protests alleging ‘Honour Killing’ and demanding immediate arrest of Swamy. Finally, Police succeeded in arresting Swamy and during interrogation, the Cops came to know that it was not a case of ‘Honour Killing.’ The Police produced Swamy before a Court, which remanded him to judicial custody.

Body yet to be identified

Though Swamy told the Police that he had strangled Meghashree and threw the body to the canal, there is no information about her body.

When Meghashree’s mother Mahadevamma had lodged a complaint, the Police had showed her photographs of a woman’s body which was found in October 2015. Though Meghashree’s parents confirmed that it was that of their daughter, Police could not match the height and other descriptions given by Meghashree’s parents and hence, has sent the body for a DNA test and the report is awaited.