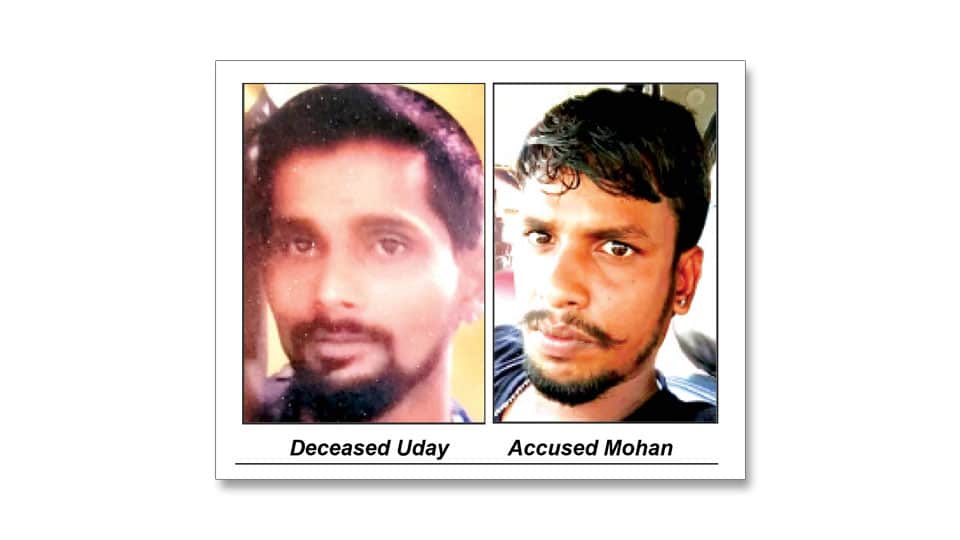 Man in live-in together relationship murdered

Srirangapatna:  A man, who was in a live-in together relationship with a woman, has been stabbed to death by two persons at Manti village in the taluk last evening.

The deceased is Uday (30), a cook and a native of Hura village in Nanjangud taluk. He was in a live-in together relationship with a woman, who was separated from her husband, since six years.

But it is alleged that one Mohan of Manti village has been pestering the woman for sexual favours. Last evening, Mohan, along with his friends Nikhil and Dharma, who barged into the woman’s house, when Uday was sleeping and stabbed him to death.

The woman has a son and two daughters. While her son is staying with his father, the two daughters were staying with her. The woman and her husband went separate ways after some misunderstandings and she was working in a garment factory to earn for a living and was living together with Uday since six years.

Accused Mohan, who befriended the woman through Facebook, chatted with her for a few days. After coming to know that the woman was in a live-in together relationship with a man from other place, began to harass her and also began to pester her for sexual favours. Last week, Mohan had allegedly threatened her of killing Uday if she did not co-operate with him which she had not taken seriously but had informed about it to Uday.

Yesterday, the woman along with Uday, had been to Mysuru and had bought a cake to celebrate their sixth anniversary and returned to the village at about 6 pm when Mohan and his friends — Nikhil and Dharma — who were standing near a bar abused Uday using foul language. But Uday, who was on his bike along with the woman, did not stop but rode away and came to the house.

Soon, Mohan, along with Nikhil and Dharma, who reached the woman’s house, banged on the door but the woman did not open it. They then kicked open the door and barged inside the house and stabbed Uday several times before fleeing from the spot.

The woman, along with the neighbours tried to shift Uday to K.R. Hospital in Mysuru but Uday breathed his last mid way.

The family members of Uday, who learnt that he was in a live-in relationship with a married woman, had got him married to one of his relatives’ daughter who is now pregnant, it is learnt.

SP Parashuram, Circle Inspector Krishnaiah, Sub-Inspector Naveen Gowda and staff visited the place. A case has been registered at KRS Police Station in this regard.