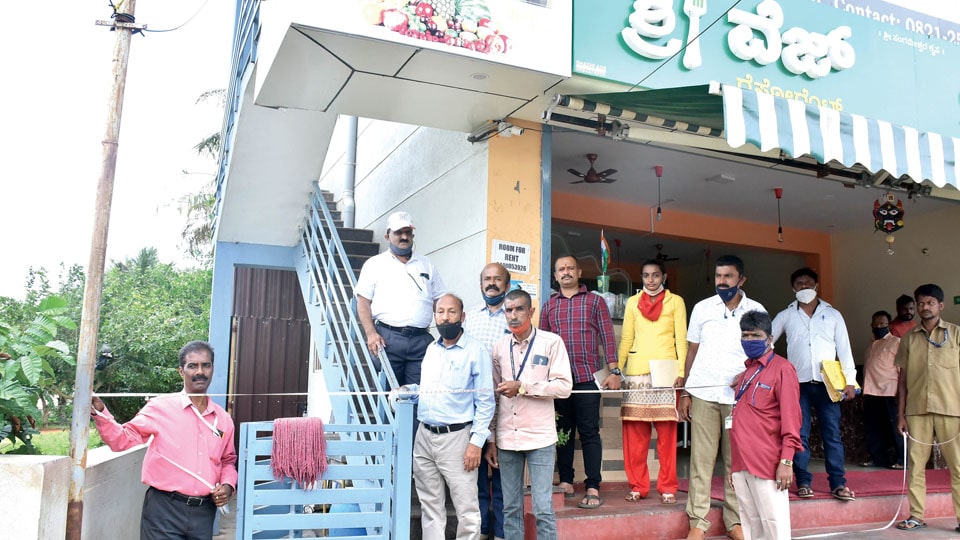 Mysore/Mysuru: With the Mysuru City Corporation (MCC) receiving complaints against several owners of Commercial Complexes cheating the civic body by under mentioning the floor area to avoid high taxes in the Self-Assessment Scheme (SAS), the MCC authorities yesterday launched a drive to measure all commercial properties in the city.

Following a directive by the MCC Commissioner to plug the loopholes in the tax collection system, all the nine MCC Zonal offices have chalked out a plan for augmenting resources.

On Monday, a team of officials led by MCC Zone-3 Zonal Officer Sathyamurthy, visited several Commercial Complexes on New Kantharaj Urs Road, at Sharadadevinagar  and other areas and took physical measurement of the buildings in order to ascertain the actual floor area.

The officials set out on the ‘measurement drive’ after issuing a notice one day before to owners of commercial buildings.

During the drive, it was discovered that some of the owners had mentioned a lesser floor area while a few others had given wrong information about the number of floors in the SAS form, in order to save taxes.

Following the discovery, the authorities collected the difference amount in taxes from the owners at the spot and issued receipts for the same. At the same time, they also renewed the lapsed trade licence to shop owners upon collecting the stipulated fee from them.