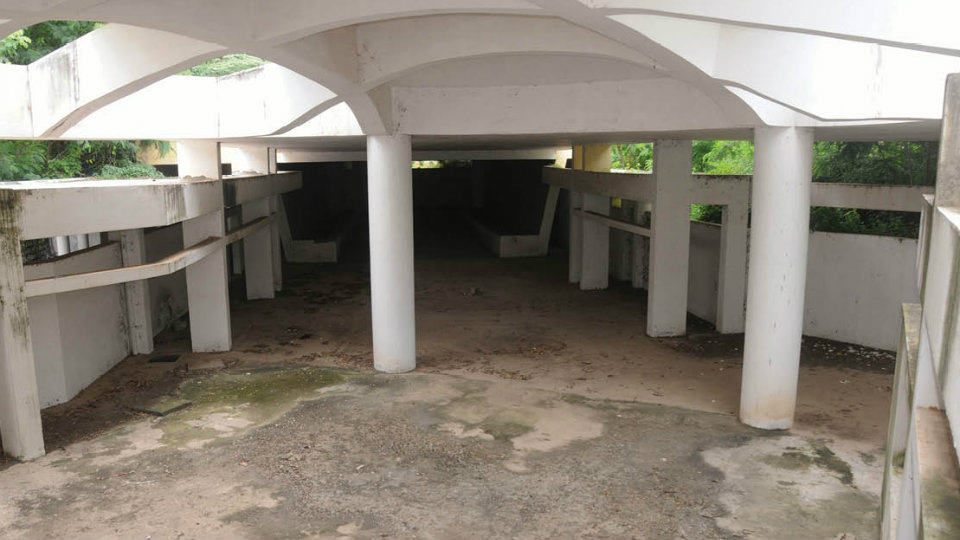 Mysuru:  The aquarium near Sri Chamarajendra Zoological Gardens (Mysuru Zoo), half-built by the Mysuru City Corporation (MCC) has finally been handed over to the Zoo for refurbishing and maintenance. The aquarium structure, built at a cost of Rs. 4.26 crore, was lying in a state of neglect and had become a place for illegal activities.

The MCC has given a No Objection Certificate (NoC) to the Zoo to carry out further works on the aquarium. It may be recalled here that Tourism and Sericulture Minister S.R. Mahesh had recently directed the MCC to hand over the aquarium to the Zoo. The aquarium has been built in an area of 6,000 square feet.

During his visit to the aquarium, Mahesh was disappointed to see empty beer bottles and plastic waste. Zoo Authority of Karnataka (ZAK) Member Secretary B.P. Ravi told the Minister that the aquarium was lying in a state of neglect and if it was handed over to the Zoo, they would maintain it well and make it another tourist attraction. Following this, the Minister had directed the MCC to hand over the aquarium to the Zoo.

As per the terms and conditions agreed both by the MCC and the ZAK, the aquarium will be refurbished and maintained by the ZAK and will have a 70 percent revenue share. The MCC will get the remaining 30 percent. This agreement will hold good for five years and a decision on revenue sharing will be taken after examining the response and revenue collection. The estimated cost to build the aquarium is about Rs. 30 crore. 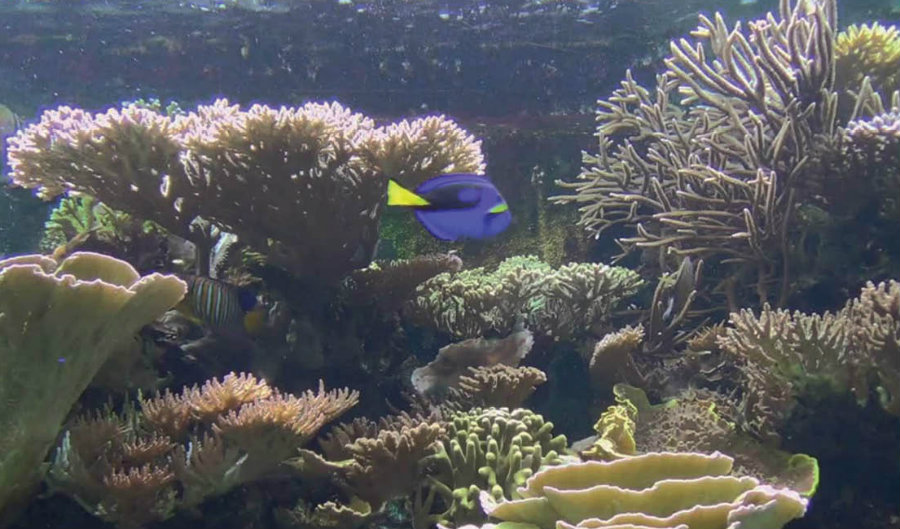 A view of London Zoo Aquarium

Speaking to Star of Mysore, MCC Commissioner K.H. Jagadeesha said that the MCC had spent Rs. 4.26 crore for the initial structure. The work was not completed as the MCC did not have skilled labour or technical knowhow of aquariums. “We have given the NoC and soon, we will sign a formal Memorandum of Understanding (MoU) regarding this issue,” he said.

Zoo Executive Director Ajit M. Kulkarni said that they had taken over the land and the first priority will be to clean the desolate and weed-filled place. “We will not allow illegal activities anymore and will convert the aquarium into a new tourist attraction. Glasses will be laid and exotic fish species will be purchased and beautiful lightings will be installed,” he said.

Once the civil works are completed, technical experts will be involved to design the actual aquarium. The ZAK will consult world-class design experts for the glass and lighting works, water vegetation and identifying the fish species that is best suited for Mysuru, he explained.

“As a preliminary step, we will hold a meeting of aquarium and fish experts and see what is best for Mysuru weather. We will consult the engineers at Zoo, MCC and PWD and prepare a blueprint for an attractive aquarium,” Kulkarni said.