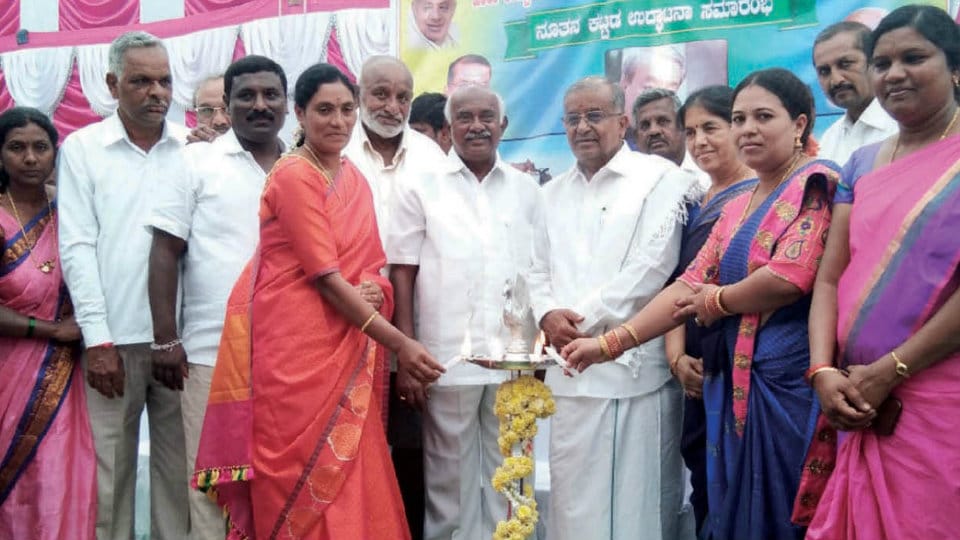 Milk procurement price to go up by Re.1 by Jan.1

No change in milk prices for consumers: GTD

Hunsur: State  Higher Education and District Minister G.T. Devegowda informed that the Milk  procurement price will increase by Re.1 from January, 2019 across the State.

He was speaking after inaugurating the newly constructed Women Milk Producers Co -operative Society building at a cost of Rs.6.5 lakh at Muduganur in Hanagod hobli of the taluk recently.

The Minister said that the Government has taken up a slew of measures to help farmers. The Karnataka Milk Federation (KMF) Limited procures around 75 lakh litres of milk everyday with over 65 milk products.

Mysuru Milk Union (MyMUL) procures milk at Rs.23 per litre and along with that, farmers get a support price of Rs.5 per litre from the State Government. However, there will be no change in milk price for consumers, he clarified.

Urging the farmers to take up dairy farming in large scale, GTD advised farmers to shun cultivation of tobacco as there will be no market in future due to the policies of the Government. Farmers of the taluk can take up horticulture, dairying, mixed farming method of cultivation and other alternate farming to enhance their farm income. Hunsur taluk was gifted with better land and water that suits for farming, he said.