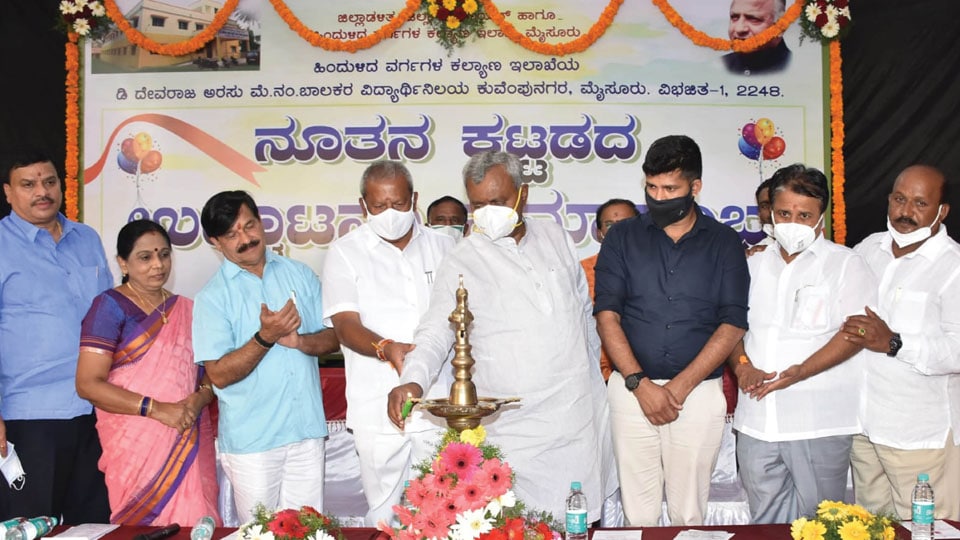 MLA S.A. Ramdas, who presided over the programme, said that the Hostel is built by Backward Classes Welfare Department.

Pointing out that the hostel is a boon for students from backward and rural areas of the district, he said that more and more number of students are seeking hostel admission in the district with each passing year.

Noting  that only half of the hostel seekers are getting admission, Ramdas said that the Government has sanctioned 6 hostels for Mysuru district even amidst COVID pandemic.

Maintaining that it has been planned to build more hostels for girl students as well, Ramdas said that one of the six sanctioned hostels will be dedicated for girls from Bhavya Bharat Layout residents of Srirampura.

Continuing, Ramdas said that 14 student hostels are functioning from rented buildings in the district.

He said that the Government was evolving plans for such hostels to have their own buildings in the future.

District Backward Classes Welfare officer H.S. Bindiya, in her address, said there are 18 rooms in the new hostel building, accommodating a total of 120 students.

Pointing out that the new hostel has been built at a cost of Rs.3.28 crore, she said that it is like a model hostel and every inmate should make their stay in the hostel memorable by building a career from here.

Mayor Sunanda Palanetra, MLC C.N. Manjegowda, MP Pratap Simha and others were present on the occasion.