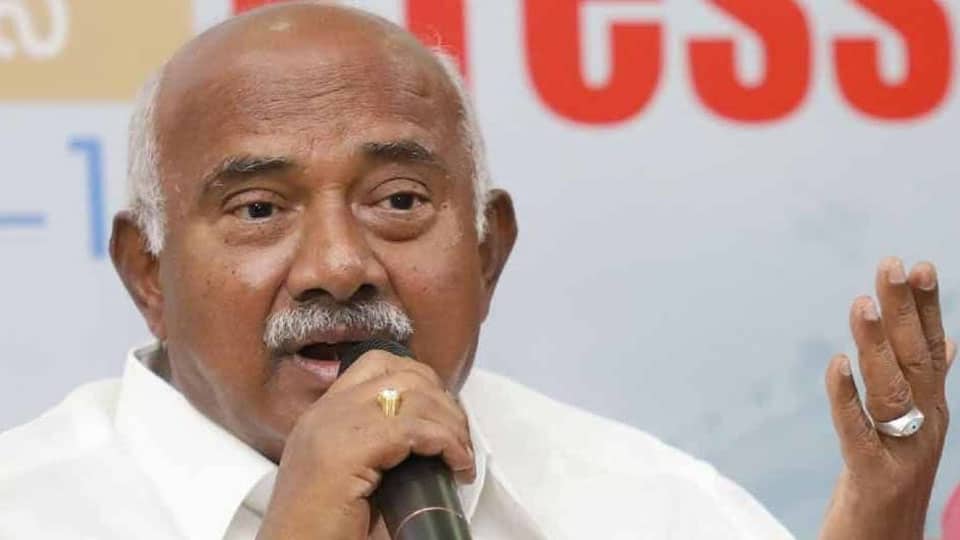 Bengaluru: Dismissing Tourism Minister S.R. Mahesh’s charge that he (Vishwanath) has received Rs.28 crore from the BJP as part of ‘Operation Lotus,’ former State JD(S) Chief A.H. Vishwanath, who has quit as Hunsur MLA, has said that Mahesh is a money broker and acts as a link collecting money for Chief Minister H.D. Kumaraswamy (HDK).

Speaking to a few press persons over phone from his unknown location, Vishwanath, addressing S.R. Mahesh in singular, asked him (Mahesh) to come to Mysuru Press Club for a debate, where he will prove that Mahesh is a money broker.

Noting that he cannot take legal action against Mahesh for his comments inside the Assembly, he challenged Mahesh to make such allegations outside.

Stating that he will come to Bengaluru and reply to the charges made against him, Vishwanath maintained that he has a lot of respect for H.D. Deve Gowda.

Claiming that he has been in politics for over four decades and politically grew up under the leadership of D. Deveraj Urs, Vishwanath asserted that the people know about his (Vishwanath) credentials and he need not learn anything from Mahesh.

Asking Mahesh to look back at his own status over 15 years ago, Vishwanath, admitting that he had visited Mahesh’s farm house, alleged that Mahesh was giving a new twist to his visit by making false claims.

Asserting that he would not come to the Assembly, he said that the Coalition Government would not survive the Trust Vote.