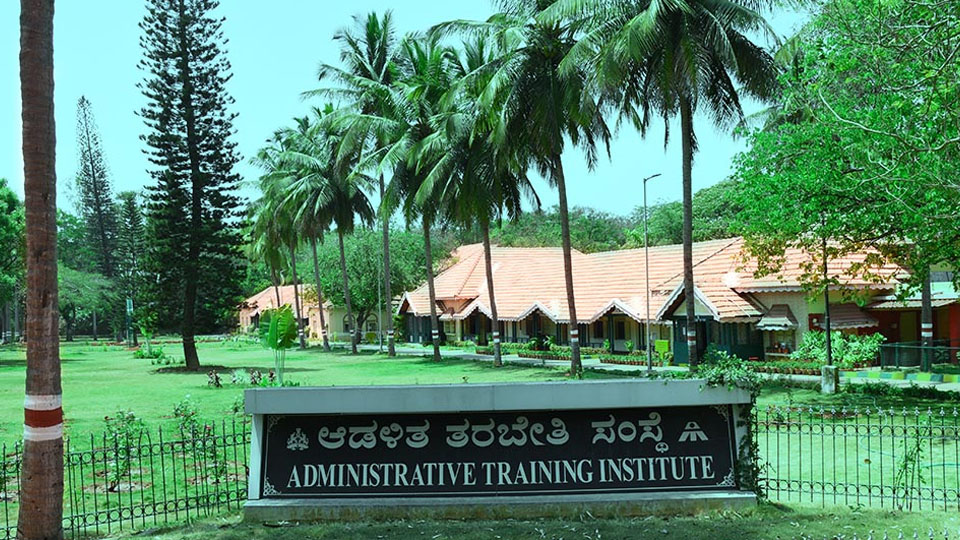 Mysore/Mysuru: The weird case of missing items from the Administrative Training Institute (ATI) Guest House on Lalitha Mahal Road after an IAS Officer’s brief stay took a new turn this morning with a revelation that three letters were already sent to the Mysuru Deputy Commissioner (DC) seeking information about the items. The letter that was sent on  Nov. 30 was the fourth one.

The fourth letter, dated 30.11.2022, was sent by S. Poovitha, Joint Director, ATI, to the present Mysuru DC Dr. K.V. Rajendra based on the direction from the Director General of ATI. The letter stated that the earlier DC of Mysuru, Rohini Sindhuri Dasari, had stayed in the Guest House of the ATI from Oct. 2 to Nov. 14, 2020.

“When the Officer vacated the Guest House on 14.11.2020, over 20 items of various types that were earlier part of the Guest House rooms were found missing,” the letter stated.

Seeking clarity on the issue, Star of Mysore contacted Deputy Commissioner Dr. Rajendra this morning, who said that he has received the letter from the ATI Joint Director. “I am in receipt of the letter (the fourth one) but will have to see what follow-up action has to be taken. The DC’s Official Residence on Hunsur Road does not have an inventory to verify the items entering and exiting the premises,” he said.

He said that the items listed in the letter will have to be matched with the furniture and things at the DC’s Residence and action will be taken accordingly. “If the items are there, we will return it to the ATI and if not, we will communicate the same,” he added.

Dr. Bagadi Gautham, who took over as the DC soon after the transfer of Rohini Sindhuri, told SOM that he was not aware of the three letters sent by the ATI regarding the 20 missing items from the ATI Guest House.