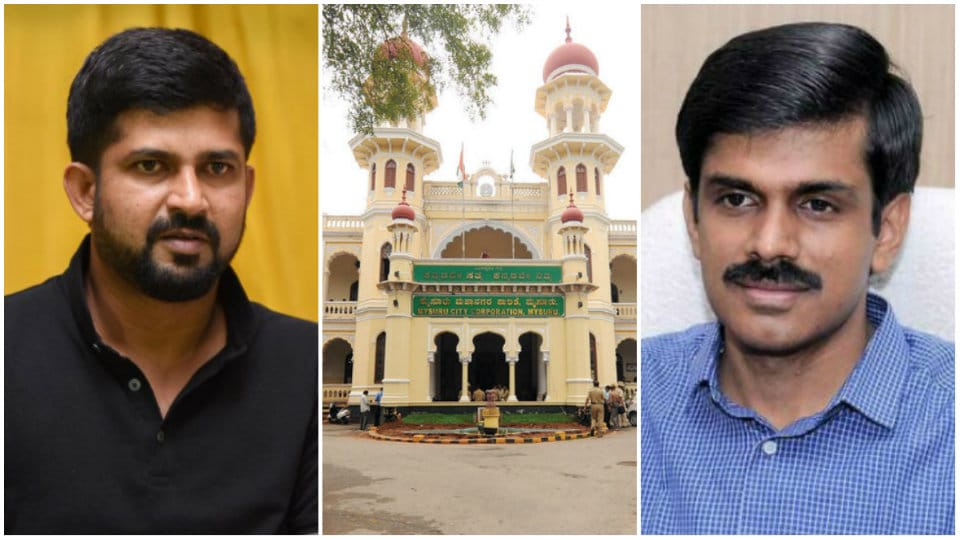 Mysuru: Mysuru-Kodagu MP Pratap Simha has written a letter to Deputy Commissioner Abhiram G. Sankar highlighting the discrimination in allocation of MCC funds under various schemes to the City Corporation Wards and unscientific utilisation of grants.

In the letter, Pratap Simha said that only 13 percent of the 14th Finance Commission grants was reserved for drinking water purposes, when actually the figure should have been 20 percent.

Stressing on the need for setting up a water re-cycling plant at Bidaragoodu which would cost Rs.8 crore, the MP said that the setting up of the plant would be a solution for drinking water woes in the villages along Kabini basin.

Pointing out that many e-toilets in city have become useless, he said that while MCC Wards  40 and 41 got Rs.37 lakh each, Ward No. 26 got Rs. 35 lakh and Ward No.51 only Rs. 25 lakh for construction of toilets, which is discriminatory.

Noting that 2 percent more funds are being spent for construction of underground drainages (UGDs), he said that Rs. 85 lakh has been set aside for constructing a barrier to prevent sewage water from entering Devanur Lake. But the irony is that the engineers of the area have said that no sewage water was entering the Lake. The same is the case with Ward No. 47 where Rs. 87 lakh has been reserved for constructing barrier (via-duct) for preventing waste water entering the drainage running behind Apollo BGS Hospital.

Alleging discrimination in allotment of funds, he said that while some Wards got Rs. 37 lakh each, others got funds ranging from Rs. 10 lakh to Rs. 35 lakh.

Observing that the MCC could have converted branches of trees pruned and  trimmed by CESC and fallen trees and leaves into bio-fertilisers, he called for installing a bio-fertiliser machine in every Ward.

Stating that the establishment of such units will be of much help in maintaining cleanliness and also at the same time useful in generation of bio-fertilisers, he said that each machine may cost about Rs. 4 lakh. But it is ironical that a huge sum of Rs. 30 lakh has been reserved for preparation of a report in this regard.

The MCC has allotted Rs. 48 lakh to develop a park opposite Cheluvamba Park in Vontikoppal as urban forest and set up a children’s amusement and Science Park, he said and wondered why such a huge amount has been allotted when the funds can be spent on watering plants that are wilting in various other parks.

Continuing, the MP said that although at the outset it appears that the Wards represented by BJP Corporators Guru Vinayak and M.U. Subbaiah have got huge grants, the fact is that most of these funds have been reserved for VVWW Office works, repair of the official residence of the MCC Commissioner coming under Guru’s Ward No.18 and installation of four 100 HP Motors costing Rs. 1.4 crore in Subbaiah’s Ward No.20. Also, while it has been declared that Rs. 2.40 crore has been allotted to Ward No. 20, the fact is that only Rs. 90 lakh has been allotted, the MP said.

The Deputy Commissioner, upon taking note of all these discrepancies and discriminations, should see that the funds are allotted fairly among all 65 MCC Wards. The MP has also submitted a copy of the letter to MCC Commissioner Shipa Nag.