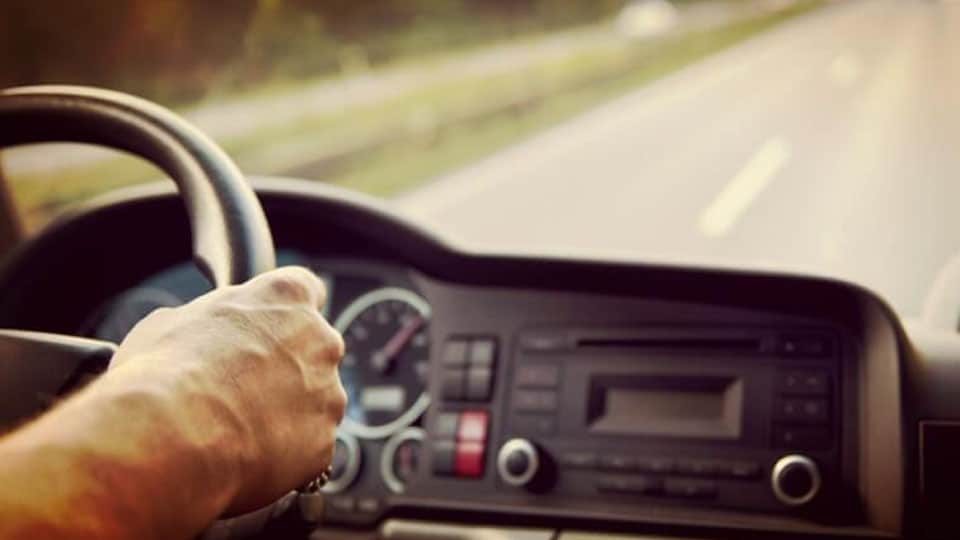 Last week I told you about the time long ago, when I drove buses and today I will be telling you about how as a young boy I used to drive trucks and also about how I came to acquire a driving licence for heavy transport vehicles. Incidentally, after reading my last article many readers were naturally curious to know why a doctor and a fairly successful one too, would choose to arm himself with a licence to drive transport vehicles!

I started acquiring my driving skills at an unbelievably early age when I used to drive our II World War vintage Willis Jeep all over our coffee estate. My first attempt to do this started when my father used to allow me to try my hand at the steering wheel while he used to transport wet parchment coffee from our coffee pulper to our drying yard that was about a kilometre away. At first we did not have a trailer for our Jeep and so we used to remove all the seats except the driving seat and load it almost like a mini truck. With that kind of load we could drive it only at a very slow speed with the four-wheel drive engaged.

So, after I got the hang of it my father would allow me to drive it independently but with our estate manager, P. M. Pemmaiah sitting atop the dripping wet coffee bags. For the first few weeks of this exercise, Pemmaiah’s presence on his lofty throne was made mandatory to ensure that I did not try anything heroic or adventurous like stepping too heavily on the gas pedal for a taste of speed. Thankfully, I conducted myself as such a well-behaved boy that Pemmaiah very quickly filed a ‘good conduct’ report to my father after which his escort was withdrawn and I thus qualified to become an independent Jeep driver!

In those days all our estate supplies used to be brought from Chikkamagalur, thirty kilometres away, by an elderly gentleman called Shareef Sab in his rather rickety, Bedford truck that was almost as old as he was. Every time the truck came to the estate it was also used to bring a few loads of the rich jungle soil from the deepest reaches of our property to our plant nursery where we raised coffee and orange seedlings. Shareef Sab was very fond of me and so during these sorties he always used to offer me a ride in his truck, with me sitting sandwiched between him and his assistant Khalandar who was barely out of his teens.

Turbaned Khalandar with his dark skin, lanky frame and permanent grin used to remind me of Mogli, my favourite story-book character and very quickly we became close friends. Once I started driving our Jeep independently all over the estate I began to nurse a secret desire to try my hand at Shareef Sab’s truck but I did not have the courage to ask him, not so much because of the fear of a refusal but more out of a fear of my father’s dressing down. So I stage- managed things in such a way that Shareef Sab could see me at the wheel of our Jeep during one of his visits. That did the trick that I was wishing for and Shareef Sab who was mighty impressed with my driving skills himself suggested in my father’s presence that I should try a hand at driving his truck!

The next moment I was in the driving seat of the truck and that was how I became a truck driver even as I was a young boy and the news of me driving a truck spread like wildfire among my many cousins and relatives, making me a hero! Once I acquired a driving licence to drive cars I literally drove my father out of the driving seat for many years, exactly like how my son relegated me to the passenger seat once he got his licence. But I always nursed a desire to get a licence to drive heavy transport vehicles. And, this I did at the earliest opportunity.

When I was in the first year of my medical course at Gulbarga my father wrote to me that he was thinking of buying a small 4X4 truck of our own for estate use from the next army disposal auction at Bangalore. The moment I got this news I decided that I would drive this truck myself all the way from Bangalore to our estate, come what may. So I rushed to the RTO at Gulbarga and introduced myself as a medical student and made a request for an endorsement in my existing driving licence that permitted me to drive heavy transport vehicles too. The man naturally looked visibly bewildered until I explained in detail why I needed this favour from him when he smiled and asked me to pay the requisite fee for the additional endorsement!

In those days there was only one kind of Heavy Transport Vehicle licence that permitted you drive trucks, trailers, tempos and buses unlike in the present day where you have separate endorsements to drive each one of them. But very sadly, although my truck driving licence came very soon, my dream truck did not. There was a gentleman in Bangalore; known to my uncle who was an agent licenced to participate in army vehicle auctions. We had to place our bid only through him which we did. But he turned out to be not much of a gentleman and once he had our advance payment he began to dodge us over the next two years saying that good trucks were somehow not coming up for auction.

Frustrated by this my father abandoned his plans of buying a truck leaving me more than a little disappointed. Sadly my truck driving licence too was rather short lived after that.

When the new plastic-card driving licences arrived and people had the option of converting their fragile and cumbersome paper-book licences to plastic on payment of a hefty fee, I decided to be among the first to flaunt one. But when I approached the RTO in Mysore for this conversion I was told that persons holding licences to drive heavy transport vehicles would have to wait for some more time before opting for plastic card licences.

So now I had to make one of the most difficult choices of my life which I did after much thought. The ‘some more time’ in Indian bureaucratic parlance could mean anything from a few months to eternity and so I decided to surrender my good old, all-in-one licence and join the elite league of plastic-card licenced car drivers thus very sadly, ceasing to be a truck and bus driver for good !