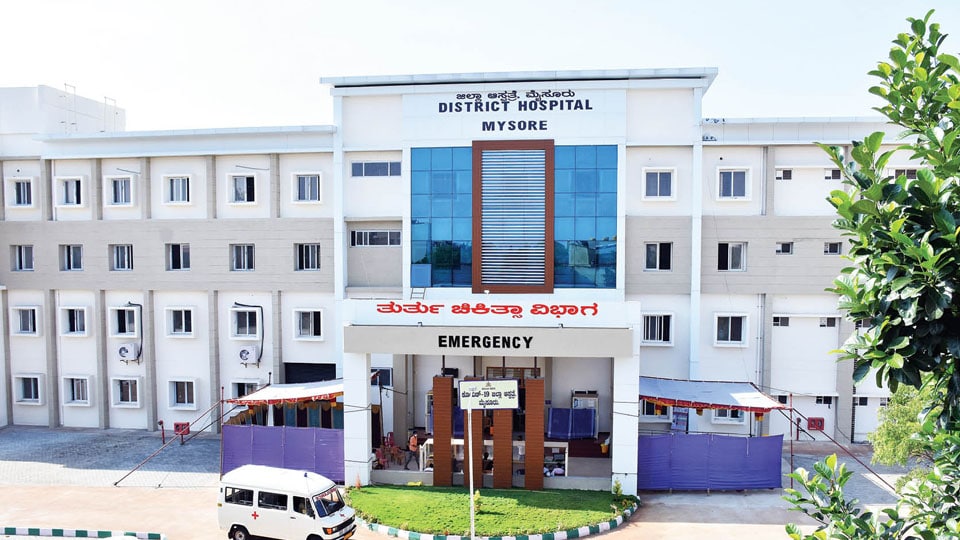 Mysore/Mysuru: Mysuru is witnessing a sharp spike in COVID-19 cases and on Sunday, Jan. 9, an additional 398 positive cases were reported. From Jan. 7 to 9, over 820 fresh cases have been reported taking the number of active cases to 1,052. Fortunately, there have been no reports of death but the rise in positivity rate has spread fear.

Of the 398 cases reported in Mysuru, 307 were from Mysuru city alone while T. Narasipur reported 35 new cases. H.D. Kote reported 3 cases, Hunsur 4, while there were 9 new cases from K.R. Nagar, Mysuru Rural 24, Nanjangud 9 and Periyapatna 5 cases. Saligrama reported 2 cases while Saragur did not report any fresh cases.

There were 60 cases of patients who were 17 years and below of whom 42 were from Mysuru city alone. Of the 1,052 active cases in the district, 817 are from the city while the rest are in the other taluks.

As per the media bulletin released by the District Administration, in all, 7,070 samples were tested and the cumulative positive cases stands at 1,81,330 as on yesterday. Of the 1,052 active cases, 927 are under home isolation, 87 are in dedicated COVID hospitals and 38 in private hospitals. Till now, Mysuru has reported 2,428 deaths and 17,78,50 have been discharged.

As many as 901 persons were discharged on Sunday, taking the total to 29.63 lakh. The State now has 49,602 active patients. So far the number of Omicron cases in Karnataka stands at 333.

An analysis by the State COVID-19 War Room shows that Bengaluru Urban has 10.39 percent COVID positivity rate, the highest as on Jan. 8, while Haveri reported the lowest on the same day with 0.2 percent.