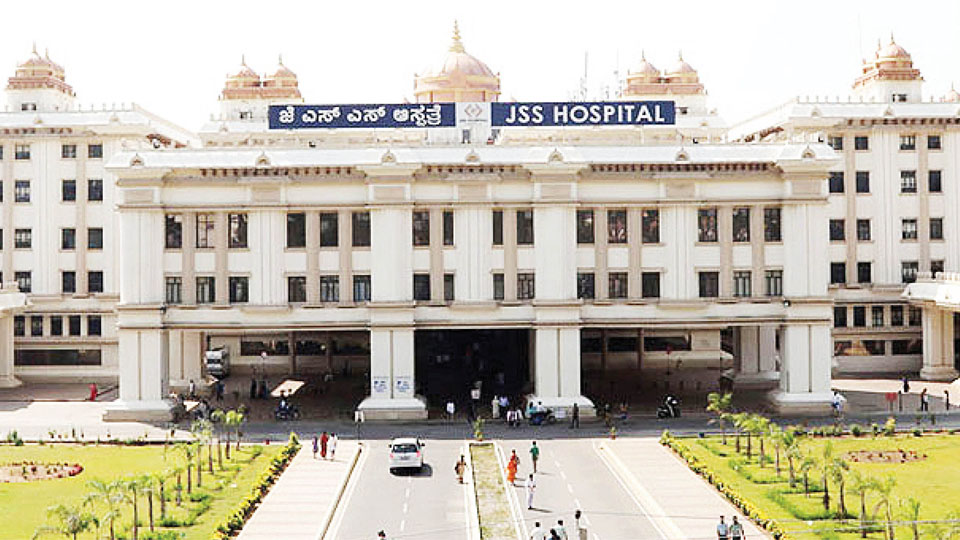 Mysuru is also a Medical City — 3: Medical Facilities in Mysuru

At the dawn of independence Mysuru inherited a predominantly Government medical infrastructure.  As early as 1889, the Cheluvamba Hospital was established in city. In 1908, Ayurveda and Unani Hospital, in 1917 P.K. Sanatorium, in 1924 Mysore Medical College and in 1927 K.R. Hospital were established. These medical facilities went on to grow in size and in services.

However, a non-Government Holds-worth Memorial Mission Hospital was established in the year 1906. Thereafter, a few other charitable hospitals came up in the city such as Dr. Anandi Bai Prasad’s Prasad Maternity Home on Irwin Road and Seth Mohandas Tulasidas Hospital in Lakshmipuram, another one by yet another philanthropist in VV Puram and yet another on Dewan’s road. There were a few private medical clinics.

There was a setback in the growth of Government medical facilities due to lack of clear policy and shortage of funds both at the Centre and the State between 1980 and 2000. This led to the emergence of private medical facilities in city.

Only about two decades ago Mysureans were travelling to distant places like Chennai, Coimbatore and  Bangaluru for  the diagnosis and treatments  for medical issues such as Eye care and Dental care, or serious one like Cancer, or for  major surgeries  such as heart, kidney, liver, brain etc. Today the city has private medical facility in every field of medical specialisation. They deal with cancer to organ transplants, brain surgeries to heart surgeries, and even the treatment of HIV Aids. And these private facilities constitute the main source of salvation for the sick and infirm depending upon their paying capacities. Growth of medical insurance too has stimulated the growth of these medical facilities.

Between 1980 and 2000 private hospitals such as Kamakshi Hospital,  B.M. Hospital, Aditya Hospital, JSS Hospital, Vikram Hospital and later on the corporate medical facilities like Apollo BGS Hospitals, Columbia Asia [now Manipal Hospital], Narayana Hrudayalaya came up in the city. Since then a slew of mid-size and small-size medical hospitals/clinics  have also come up in almost all the important residential layouts.

There is a campaign for Wellness in the city. Emphasis on Yoga is obvious to Mysuru as it is a world recognised yoga city. During December 2021 alone around 1,300 plus foreign yoga enthusiasts have arrived in the city for training. There are hundreds of yoga training centres and Gokulam III Stage has emerged as an epicentre of Yoga.

Then there are Oxygen Inhaling centres, Salt Caves, Ayurveda Therapy centres and Massage centres. There are also alternative medical practices of various genre and shades providing some sort of solace to those who find no relief in any of the known medical practices.

Ayurveda has  a great tradition in the city and is being used as part of Wellness regime. This tradition was strongly propagated by eminent Pandits in the field such as Pandit Chandrabhan Singh who was Royal Consultant and later on B.V. Pandit went on to build a very vibrant Ayurveda chain stores in city and elsewhere. There are large Ayurveda treatment clinics such as JSS Ayurveda and several Kerala-based Ayurveda clinics. The belief in this  tradition is well reflected in 259 nursing homes and clinics registered in the city.

Under the Karnataka Private Medical Establishment Act [KPME] the private medical establishments are compulsorily required to registered themselves. The registration is done under two different categories namely Allopathic Practices and Ayurveda Practices. As per the information from the District Health Officer, Mysuru, has registered a total of 1,283 private medical establishments in the district until December 2021. Among 1,283 there are 919 Allopathic  and 259 Ayurveda or AYUSH establishments.   Under Allopathy, there are 65 Hospitals, 26 Nursing Homes, 31 Day Care Centres, 121 Poly Clinics, 676 clinics and as many as 105 Diagnostic Centres. And  under  AYUSH  4 Hospitals, 5 Nursing Homes, 5 Day Care Centres, 18 Poly Clinics and 227 Clinics. These account for nearly 70 percent of private medical facilities registered under KPME Act in Mysuru District.

There seems to be a catch in the numbers. Even though the total number of registration is stated as 1,283, it is found that this does not or may not tally with the true picture in the city. “Clinic” category includes a variety of services such as Dental Clinics, Eye Clinics and Clinics of Dermatologists, ENT Specialists, Physiotherapists etc. The total of these three categories will be a little over 800. But as per information from the practitioners in the respective fields, the total number of Dental Clinics in the city itself is estimated at more than 450! On Kalidasa Road itself there are about 14 Dental Clinics! And simple Eye Clinics are said to be more than 30 with 6 to 7 Super Specialty  Eye Clinics! Today the city has modern hospitals and clinics both under Allopathy as well as Ayurveda  practices. But their numbers are definitely more than 1,283.

As per the information from the Secretary of Indian Medical Association (IMA), Mysuru, it is estimated that the city has about 200 Physicians, 200 Surgeons, 150 Anaesthetists, 100 ENT Specialists, 110 Ophthalmologists, 80 Dermatologists, 15 Cardiologists, 15-20 Onco-Surgeons,  10 Diabetologists, 10 Endocrinologists, and 5 Rheumatologists. There are about 45 qualified and trained Physiotherapists and 16 private therapy centres and hospitals.

Mysore Association of Hospitals and Nursing Homes – MAHAN  was established in the year 2009 with about 16 private hospitals and with a Vision “to create local body for private medical fraternity which facilitates unity of entire medical fraternity, promotes sound, trusted practices and induces a harmonious doctor-patient relationship.”  Its Mission is  ‘to guide, steer, motivate and hold hands of every  Private Healthcare Establishment to carry on his/her medical, ethical and social responsibilities and duties conscientiously and fearlessly while providing effective healthcare delivery system in conjunction with the socio political authorities.”  Today it claims to have about 123 members consisting mainly of (65) hospitals, clinics and diagnostic centres. Its objectives in brief are:

1. Promotion of Ethical practice amongst the Healthcare professional and eventually Optimum Quality of Health care for the patients.

3. To help promote Public Health and good public relationship along with Health Education for  the best health care possible within our system.

5. Will be single point of contact to interact with all Government or non-Government bodies directly or indirectly associated with health care.

Today there is a vibrant private health care system in the city and people can get every possible type of medical care without rushing to Bengaluru, Mumbai, Chennai or Coimbatore.

5 COMMENTS ON THIS POST To “Mysuru is also a Medical City — 3: Medical Facilities in Mysuru”