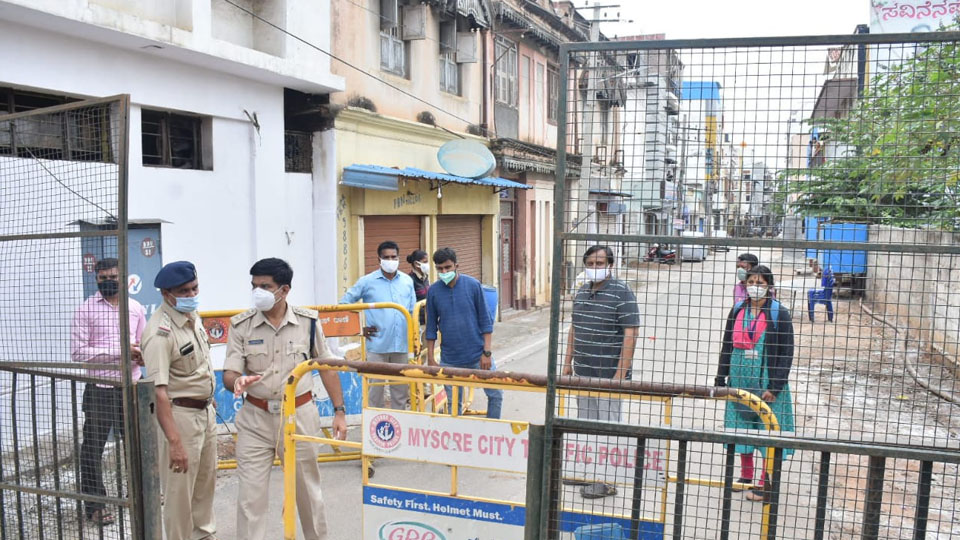 22 Policemen under facility quarantine have contracted the disease

Mysore/Mysuru: Mysuru has scored a half-century in COVID cases today (July 1) by reporting 52 positive cases. With this, the cumulative positive cases in the Heritage City has touched 322 as yesterday’s total positive count stood at 270.

Till yesterday, 178 persons have been discharged and the city has reported three deaths so far. The latest positive cases have to be, however, confirmed by Deputy Commissioner Abhiram G. Sankar in his regular media bulletin in the evening.

This is the first time so many COVID positive cases have been reported from Mysuru. So far, the maximum cases that have been reported stood at a maximum 26. The maximum of today’s cases are asymptomatic and it includes a two-year-old child. A KAS Officer’s daughter too has been infected. 22 Policemen, who had been under a facility quarantine in Mysuru rural limits, have contracted the disease.

Three cases have been reported from Hura in Nanjangud, one case each from Dalalakoppal in Hunsur, Saligrama in K.R. Nagar and Vasu Layout, Ramakrishnanagar, Mysuru. Five cases have been reported from Chamalapurahundi in Nanjangud, one person from Devarasanahalli and Devinakeri villages and one person has contracted the disease at Cauvery Complex, Basavanagudi in Hebbal. The person had a travel history of West Bengal.