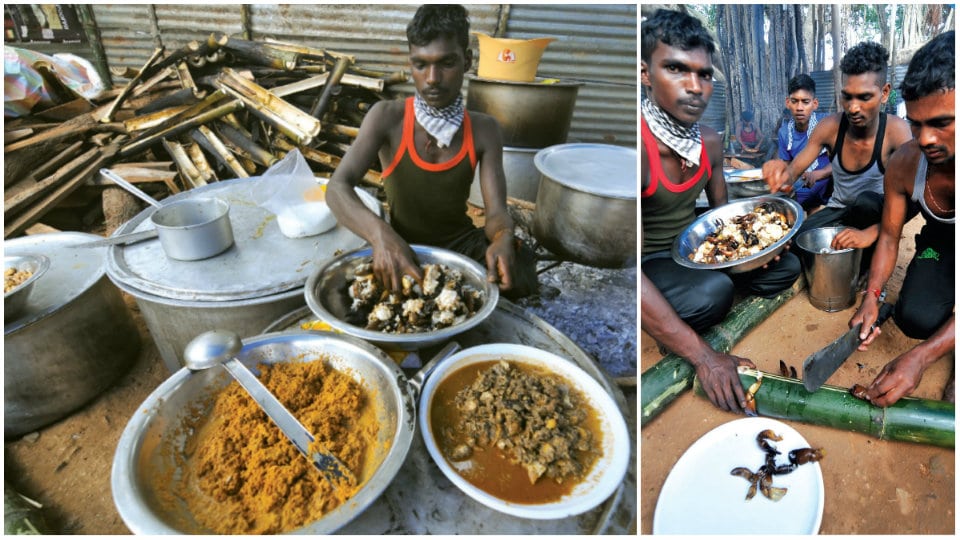 Bamboo Biriyani at the Dasara Food Mela has been the most popular dish. But, another tribal cuisine has been quietly gaining popularity that has forced the food connoisseurs to throng both Bharat Scouts and Guides and MUDA grounds next to Lalitha Mahal Palace, the venues of food mela, to taste the specially-prepared Crab Curry and Ragi Balls or Nalli Saaru or Ragi Mudde.

The freshly prepared delicacy has been a super hit among the seafood lovers. Every day around 10 kg crab is cooked and not a single piece remains unsold. “We have been preparing the crab curry to serve with ragi mudde or rice. The dish has great demand and we are trying our best to serve the people,” said Gopal Pujar, the tribal leader, who has setup the Bamboo Biriyani and Nalli Saaru stall.

Nalli Saaru is prepared by the same group of tribal youths who prepare the Bamboo Biriyani. But, the preparation of Nalli Saaru in particular has been handed over to one Madappa, who is an expert in de-clawing the crab. Every day the freshly caught live crabs are brought to Mysuru from Kodagu. Later, it is cooked with a mixture of few masalas to prepare the yummy curry. 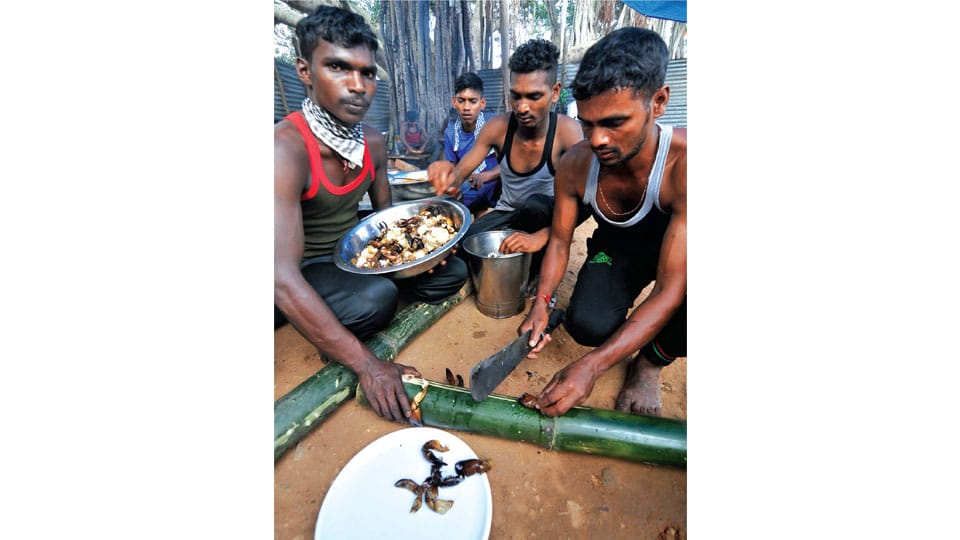 While demand for dish has been increasing day by day, the organisers are not being able to fulfil the same as the crabs are not available in large quantity owing to heavy rains in Kodagu region. Each crab weighs around 1/4 kg. These crabs which are found in rocky waters must be caught with utmost care. Normally, the method is to catch them from behind as the crabs have sharp claws or pinchers that can cut the fingers.

Crabs are considered a healthy source of diet. They are low in calories with around 85-90 per 100g. They contain unsaturated fat, which is considered heart-healthy. It is also a natural source of Omega-3 fatty acids, which can help improve memory, decrease the chances of having a heart attack, decrease risk of cancer and possibly help to improve depression and anxiety levels.

It is also a good source of Vitamins A, C and the B including B12 and minerals like Zinc and Copper. It is a source of Selenium, which may be a means to prevent cancer. Crab also has some Chromium, which is considered a useful mineral if you have insulin resistance as it may improve blood sugar metabolism. 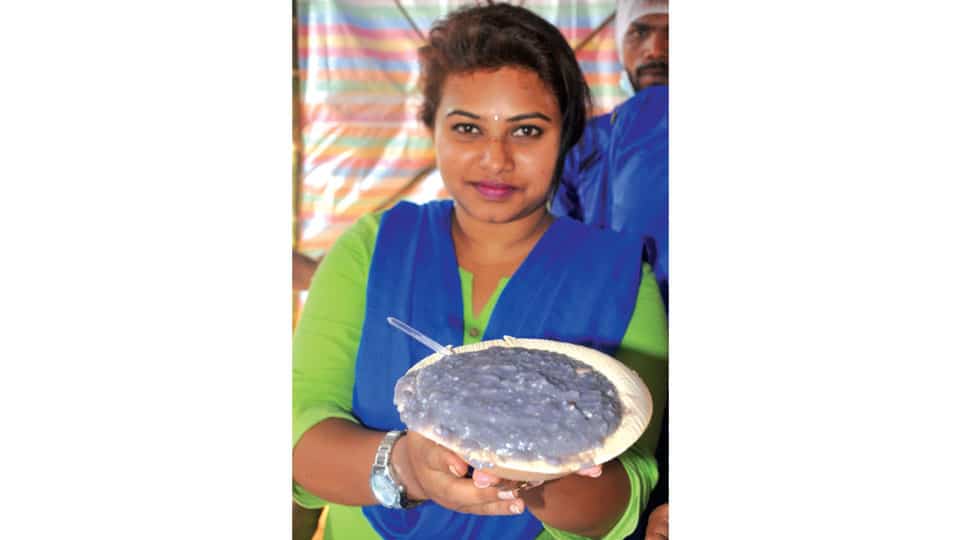 Another delicacy, which is available at the tribal food counter is the kheer prepared using herbal leaves. It tastes similar to that of any other kheer but has as lot of medicinal values. Though it tastes similar to the one prepared using rice, coconut and jaggery, the kheer is considered to be good as it releases heat in the body. After having tasted the tribal food, one should tickle their taste buds with pepper chicken curry and hot idlis being served at the stall setup by Tegu Mess. There are also varieties of non-vegetarian cuisines being served in the stall, but the chicken curry has been the most favourite for the visitors. 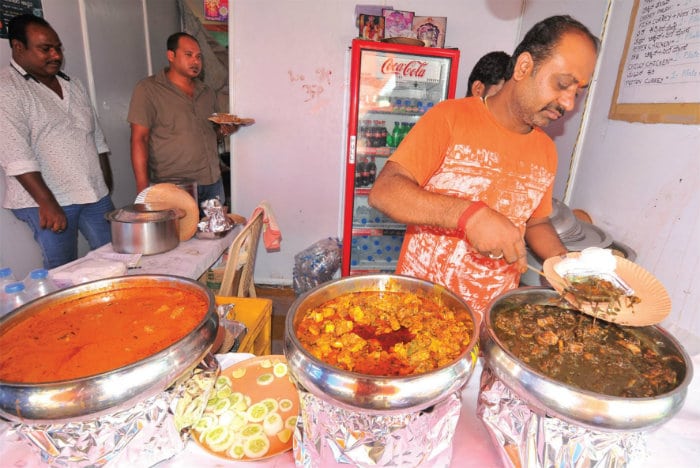 The Food Mela is focused on promoting delicacies from various regions. But it is sad that the organisers have declined permission to sell the famous pork curry at the venue.  People, who have been selling Kodagu food, have been selling Kadambattu (rice curry) with some other curry that has failed to attract people.