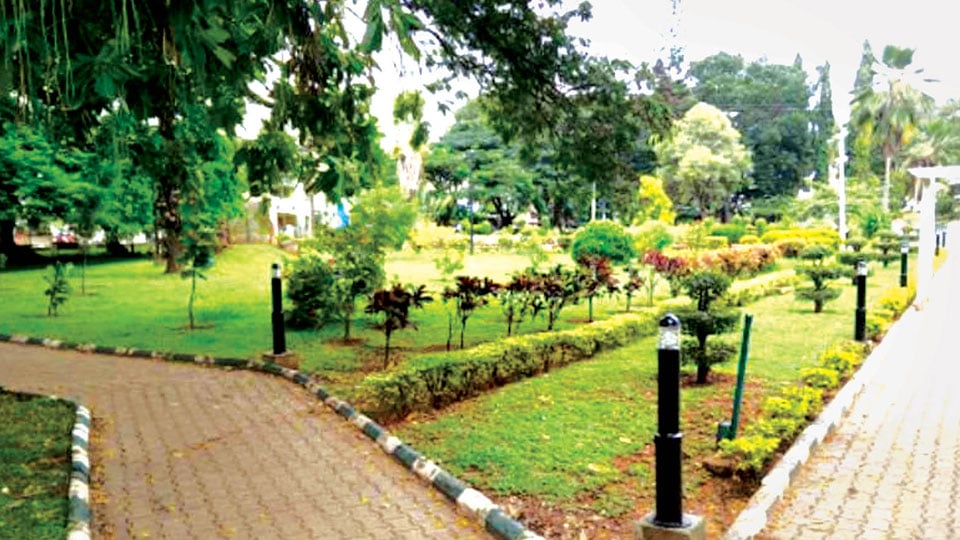 Mysore/Mysuru: Even as the citizens of Mysuru got a temporary reprieve from water tax hike at Friday’s MCC Council meeting, which decided against the hike for now, the citizens have been taxed otherwise, as the Council resolved to collect park and crematorium maintenance tax from property owners, in a first such move.

During the course of the continued MCC Council meeting held on Friday at the MCC Hall, several Coporators were against a hike in water tax as several issues regarding water supply are yet to be addressed by the MCC. Taking note of the opinion of the Corporators, Mayor Tasneem announced deferment of water tax hike.

The Council dwelled on the issue of expenses incurred on maintenance of parks and crematoriums in the city.

Pointing out that the city has a total of 520 parks with a collective area of more than 450 acres, the Corporators said that 900 workers are needed for maintenance and up keep of these parks. The MCC is paying Rs. 3.60 crore annually to private contractors for maintenance of 142 parks and more money is need for upkeep of other parks. Also, it is the MCC’s responsibility to maintain the 44 crematorium (around 209 acres area) that comes under its limits with basic facility.

Noting that there are 362 unauthorised mobile towers in MCC limits, the Council approved the proposal for collecting penalty and also to stipulate floor space rent and annual tax for all the towers.

In other important decisions, Mayor Tasneem announced that the circle near Lalitha Mahal junction on Mysuru-T. Narasipur road will be named after the area’s late Corporator R. Ananthu, even as Opposition BJP members, led by Opposition leader M.U. Subbaiah, B.V. Manjunath, M.C. Ramesh and Shivakumar, insisted that  the circle be named after late Dr. Bellipadi Satish Rai, a well-known doctor of the area and an Yakshagana patron. Even MP Pratap Simha, in an earlier meeting, had appealed the MCC to name the circle after Dr. Satish Rai.

The Council further approved naming of the Rangamantapa at Subbarao Park in Niveditanagar after city Scientist and former University of Mysore and KSOU Vice-Chancellor Prof. K.S. Rangappa. Former Corporator Jagadish had appealed for naming the Rangamantapa after Prof. Rangappa.

The Council also discussed the issue of Kesare Waste Disposal Plant, during which several  Corporators opposed sanction of Rs. 2.4 crore for construction of compound wall, vehicle parking facility and service station at the site, when the project itself is yet to take off. Taking note of the observations of the members, Mayor Tasneem said that the matter will be taken up with the concerned authorities.

2 COMMENTS ON THIS POST To “Now, property owners have to pay Park, Crematorium Tax to MCC”