Home » Columns » Of Darkness and Light ! 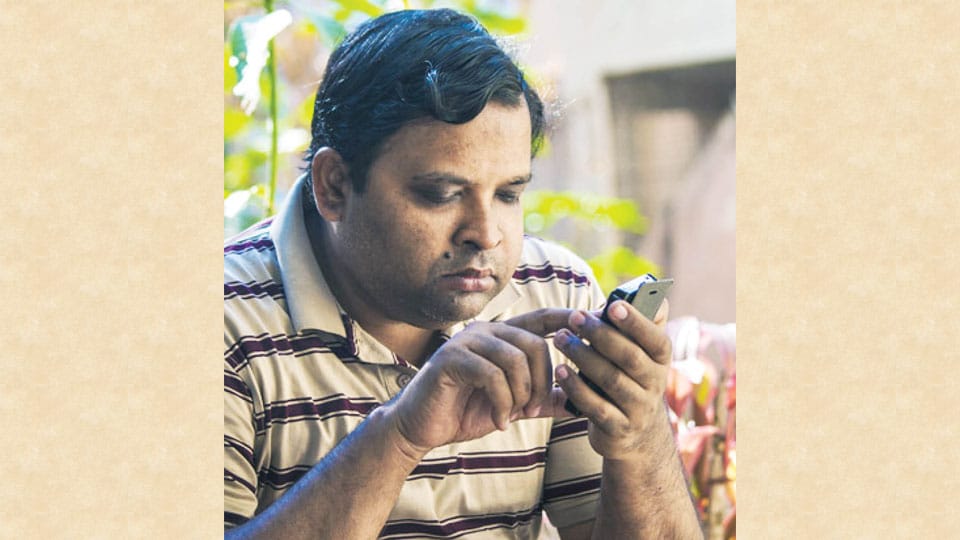 Of Darkness and Light !

This is the story of two books with the same title — Lights Out. While one tells us about what darkness has done to one man the other tells us about what light has done to the whole of mankind! Very recently, I had been invited to the St. Philomena’s College, my Alma Mater where I spent a full five years in the seventies, to address the new entrants to their degree courses. The topic of my talk was ‘Why are our college years the golden years of our life?’

I was happy to have been invited to deliver this talk for two reasons. Firstly, because I myself firmly believed in what the title said and secondly because anything to do with my old college was something that always makes me not just happy but ecstatic! Thankfully, the reciprocal sentiments on the other side too are so strong that the management and administration of my college do not do anything without inviting me!

After my talk was over the next person who spoke was L. Subramani, who I was seeing for the first time. I was a little surprised to notice that he had to be escorted to the lectern as he was completely blind. But when I was told that he was the Senior Sub-Editor of Deccan Herald I was astonished! Very unfortunately I could not sit through his talk because I had a press briefing to do very soon after mine but with my curiosity to know a little more about him I decided to sit through his introduction at least.

I gathered that he had lost his sight at a very early age and had also written about this loss in his book ‘Lights Out.’ Within the next half minute, before leaving the hall I ordered the book from Amazon and rushed to catch my next appointment. The book arrived in two days and I finished it in one sitting. It is an amazing account of how Subramani became a victim of Retinitis Pigmentosa, one of the most debilitating and completely incurable diseases that afflict mankind. Being a very progressive disease, it afflicted him at the age of fifteen and left him completely blind by the age of eighteen. He and his mother were devastated by the diagnosis revealed by his doctor and the prediction that he made of complete blindness with no chance of escape. Even today, despite much ongoing research, the scenario has not changed and all victims of this malady are destined to become blind sooner or later depending only on how fast it progresses in their case.

READ ALSO  A Tryst with Rani Padmini of Chittor

Subramani’s book makes riveting reading and the man stands out as a shining example of how we should deal with the vicissitudes that we encounter as we go along in our lives. Someone with a lesser resolve would certainly have succumbed to depression and lost all the will to live. What amazed me most was the fact that he not only overcame his handicap but also voluntarily chose to pursue a career as a newspaper editor which can be a formidable field even for someone gifted with perfect sight! The mention of the title of Subramani’s book immediately rang the bell in my mind that I had one more book by the same name in my home library. But it took me a full two months to fish it out of my uncatalogued, unsorted and unclassified collection of books, which can actually be called an achievement! Some search operations in this field take me much longer!

While Subramani’s book tells us about what darkness did to his life this second book which I am now honouring with a second reading, tells an amazing story of what light has done to all our lives. Authored by T.S. Wily and Bent Formby, it is an account and a pretty lengthy one at that, about how the invention of the humble light bulb has changed the life of all mankind…not for better as we may presume but for worse!

In what can be called a very eye-opening and thought-provoking analysis, the authors tell us how peaceful and stress-free human life was during the time when people used to blow out their candles or oil lamps and go to bed after an early supper soon after sunset. That was the time when there were no electric lights to prolong our day beyond a sun-up to sun-down time span. There was no television or even radio to keep us awake beyond the ‘nothing more to do’ boredom that would lull us to sleep. There were no electronic devices to extend our work into different shifts and that was therefore the time when darkness was king!

The book makes a strong case which proves that it is the disruption of our natural diurnal rhythms and the lack of adequate sleep which have led to the increased incidence of the many diseases like diabetes, depression, aggression, high blood pressure, heart attacks, ulcers and cancer which afflict us today and which were not so rampant before the era of the electric bulb. Both these books that bear the same name, but differ in their themes, make very interesting reading. But for your own good, do read them by good, old daylight only!

An Alert Citizen goes to sleep !

Yesterday I lost a very dear friend Arunkumar Srinivasan and this loss was not just shared by his family and other friends but also by all members of an organisation called Alert Citizens’ Team (ACT) of which he happened to be a part for the last eleven years. A handful of us formed this group in association with the City Police at a time when the communal harmony for which our city was most well- known, seemed to be disturbed a little. We came together to thwart anything that was responsible for this trend and very successfully managed to smother all that was bad and encourage all that was good to maintain communal harmony in our midst. Arun was a man much loved for his gentle and soft-spoken nature and his willingness to accept and execute any task that was a part of our mission. At fifty-nine, the call came much too early as he was looking forward to do much more good to society but what he did was what destiny had earmarked for him! Rest in peace dear Arun, you have done your job well and have earned your rest. Our prayers are with you!