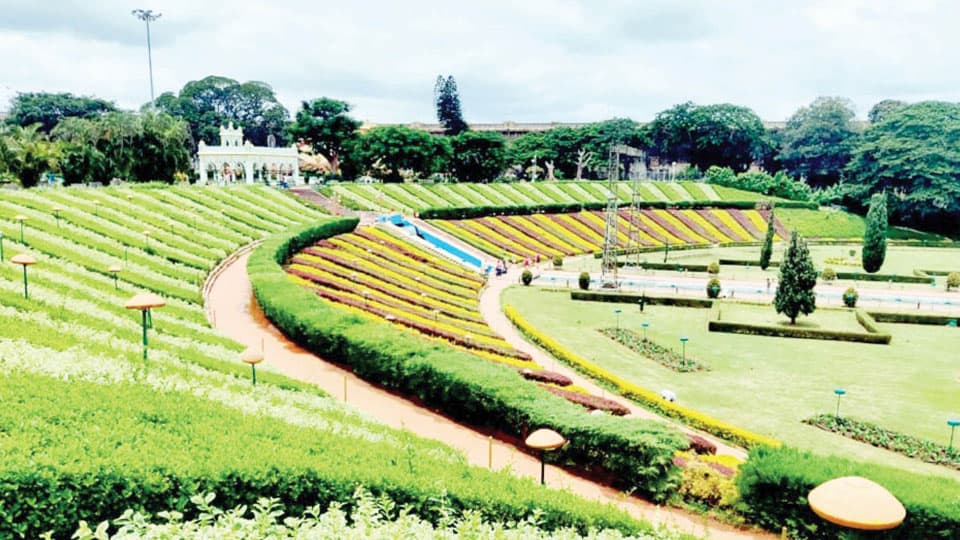 Of Road-Weary Tourists and State Tourism

Recently there was a report in all the newspapers that the Karnataka Government was planning to develop tourist spots in and around Tumakuru District in the near future and make them more accessible to tourists.

While Tumakuru has much to show which can be shown in much better light and which is not very easily accessible to our tourists, there’s nothing new in this kind of an announcement from our State Government.

We are all now used to reading such reports related to different regions of our State from time to time, although we never get to see any of them materialising. So this has become a routine exercise, like what we see in almost all other sectors, whenever a new Government takes charge of our State.

Each new Minister, upon assuming charge, announces some grandiose new plans to highlight his or her entry into the arena and that’s it. The plans remain plans and the state of things across the State remains what it was before. That is why we have never been able to see at any of our tourist spots the better staying facilities or the improved road connectivity that successive Governments have been promising us from time to time over the years.

Way back in the year 2015 our State Government proclaimed that it was earmarking Rs. 700 crore for tourism development across the State. Yes, our State needs some much greater attention than what it has been giving to showcase all that it has to show to tourists because our State certainly qualifies to be called ‘One State, Many Worlds’ as our Tourism Department tagline calls it.

I am told by some very reliable sources within the Tourism Department that this amount of Rs. 700 crore has been spent fully. Now while Rs. 700 crore is a huge amount, have we been able to see improvement worth even half that amount in our tourism spots? I think not and I am not very surprised too because I’m well aware of the very unique cost-to-result ratio of all the development works our Governments undertake.

But the key point here is what we expect to see as improvement from our own point of view as citizens is entirely different from the point of view of the ‘Holy Trinity’ of our Ministers, Bureaucrats and Government Contractors.

While citizens expect good, motorable roads, good bus and rail connectivity, clean rest rooms and eateries that provide clean and wholesome food at a cost affordable to anyone who can afford to travel, what the Holy Trinity expects from their efforts is quite different and the less said about it the better.

Let them make their money but let them do so by giving us what we want and need instead of just by doing what is best for them, guided by their own selfish and lop-sided thinking.

The way we have been handling our tourists and tourist attractions leaves much to be desired. Government-owned and operated tourist facilities in particular are the worst performers with their pathetic maintenance and woefully indolent staff.

On more than one occasion while travelling with my family I have myself seen and experienced their lack of interest in the work they were being paid to do. I found that they were not only completely disinterested in welcoming and serving their guests but were even urging them to go to other private establishments, ostensibly for a prearranged illegal gratification!

Travelling and sight-seeing has never been a very convenient, let alone pleasurable affair for most tourists in our State. Whatever little comfort they enjoy is only due to the presence of private players at and on the way to their destinations. Here too the so-called high-end facilities can be availed only by the minuscule minority of very affluent tourists, predominantly the foreigners. While the poor in our country never bother to travel, the middle class tourists have to rub elbows with all the unscrupulous elements that are into the low-end hospitality business and make do with what they rudely and crudely offer.

Very often at some tourist places we find all kinds of stalls that dish out every kind of snack and also sell everything from toys to trinkets to pathetically out-of-tune violins and tamburis but we can never find a single clean toilet. So it is not surprising that very often, for the helpless traveller, the only source of succour in times of dire urgency is the nearest tree trunk!

The best example of the so-called present day development that we see in our tourist facilities across the State is what we have been seeing nearer home at the once beautiful Brindavan Gardens. From being a fairy-land of bewitching lights and bubbling fountains, the place has now been transformed into a large village fair, full of hawkers, food stalls and trinket shops. While fried fish may be a most tempting delicacy worth dying for, mind you, it is so only for fish lovers. To all others, its strong smell is an unbearable punishment.

But if someone decides to visit the Brindavan Gardens today, even the most sensitive vegetarian has to mandatorily walk past joints that sell fried fish and pollute the surrounding air with its unbearable smell.

There was a time not very long ago when a visit to the Brindavan Gardens would seem like it was never enough to imbibe its ethereal beauty and one would always long for a revisit. But I’m sure that anyone who decides to visit the place now comes back deciding never to go there again. It has happened to me and I’m now content to remain with my enduring memories of what the place once was!

While talking of tourists and tourism, as a resident of Mysuru I feel that some agency here would do well to bring out a handy guide map of our city which it is sadly lacking. Many years ago when C. Chandrashekar was the Commissioner of Police here, between the year 1999 and 2002, he had understood the need for such a map and had with the help of his Department staff and a few private agencies brought out one. It had the very apt tagline, ‘Cops for Community’ at its bottom!

I still remember the days when this map could be seen displayed in the lobbies of almost all the hotels in the city.  But with the stupendous growth that our city has seen over the years, this map which had once proved to be very useful to our tourists soon went out of utility.

I think it is a good idea now for someone to think of bringing out its second updated edition and I’m sure that with Mysuru having become a hospitality hub now, there is no dearth of agencies that can undertake this venture. Is someone listening?