Home » Feature Articles » One year of Demonetisation: Black Day or beginning of an epic war against Corruption? 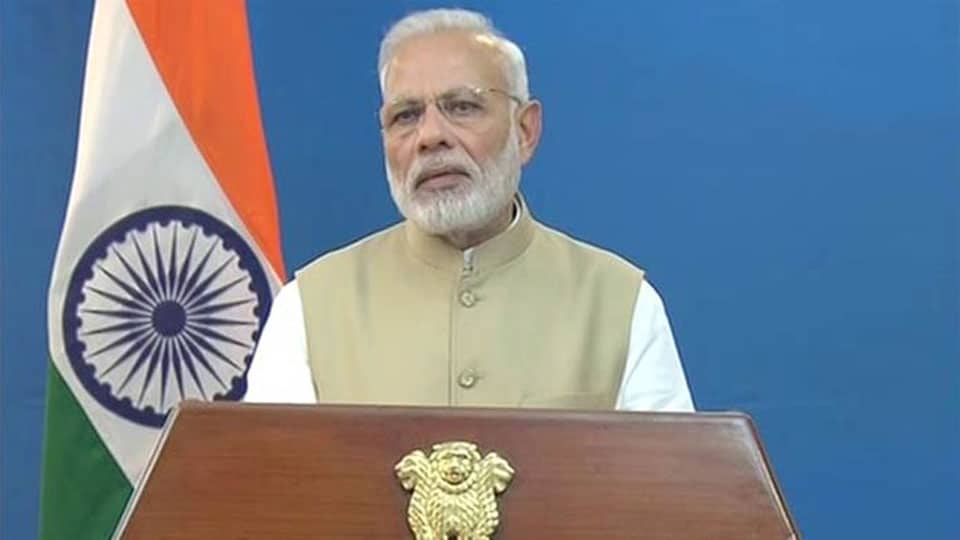 One year of Demonetisation: Black Day or beginning of an epic war against Corruption?

Modi stunned the world a year back on the night of November 8th, by scrapping Rs. 500 and Rs. 1,000 notes. The stated goals of DeMo was to fight corruption by unearthing black money, detect counterfeit currencies, reduce terrorism by cutting off their funding. On this Anniversary Day, we need to examine what we finally achieved. Congress party argues that this is a ‘black day’. This article shows that it is wrong. This is a bright beginning of an epic war against corruption.

I was one among those who supported DeMo from the very beginning and still believe that it was a good decision despite short-term hardships to many. As reflected by the election victory of NDA in UP, Uttarakhand and Goa, despite hardships, voters supported the NDA. This also shows that voters in general have confidence in NDA’s fight against corruption.

Experts also attribute farmers’ loan waiver to DeMo. Already Rs. 70,000 crore worth of loans to farmers have been waived. Merrill Lynch, a security firm, estimates that before 2019, Rs 2.6 trillion loans may be waived.

It is also true that counterfeit currencies detected were only about Rs. 41 crore while there is not enough proof to show that DeMo has resulted in reduction in terrorist activities. Thus two of the three goals are only partially met and there is still a question mark on the first objective of exposing corruption.

It is unfortunate that none of our universities or distinguished economists have conducted full-blown scientific analysis to study either the short-term or long-term impact of DeMo. Most of the comments on DeMo unfortunately are influenced by whether one likes Modi or not. Let us recall what Arvind Kejriwal who became CM of Delhi on the platform to fight corruption had to tell about DeMo. He stated supporting DeMo is an anti-national activity. What an irony!

Soon after DeMo was announced, some experts had predicted that about 20% of banned notes will not be deposited. This was based on an estimate that black money in circulation is about rupees three to four lakh crore. However, of Rs. 15.44 trillions of currencies scrapped, Rs. 15.28 trillion (99%) have been deposited. This does not mean that DeMo has failed to detect black money.

If the government succeeds in finding the sources of money deposited, it may ultimately lead to detecting black money. Finance Ministry has already found that a whopping amount of Rs. 5.03 trillion has been deposited by just 1,47,000 individuals. This works out to Rs. 3.4 crore per person. Why will anyone keep such huge amount under the bed? Will investigative agencies have the capacity to unearth the black money now? Will there be political will on the part of NDA without showing any partiality to enforce the rule of law?

Some other benefits of DeMo are as follows. Cash-to-GDP ratio has fallen from 11.3% to 9.7% which will result in reduced black market transactions and higher tax collections. Similar results will take place as a result of increasing digital payments which have gone up by 41%. 9.1 million new tax payers have been added after DeMo. 1.8 million notices have been sent to assessees to explain their sources of Rs. 3.2 to 4 trillion. Cash deposits worth Rs. 17,000 crore were made and later withdrawn by 35,000 companies which are de-registered. Scrutiny of these companies should lead to detecting illegal transactions. In the end, all these efforts will lead to exposure of black money.

DeMo has clearly shown that black money earned is not stored in the form of currencies, but converted into assets like real estate, gold, foreign deposits etc. Whenever raids have been conducted, only about 5% of unaccounted wealth has been found in the form of cash. Now the NDA government has started to investigate benami assets which should further result in detecting more black money and corrupt activities.

It is more than likely that a part of the drop in GDP following DeMo has been caused by Demonetisation – not to the extent of 2% as stated by former PM Dr. Manmohan Singh. It is also true people did suffer hardships. However, when a major surgical attempt is made to fight corruption, it is inevitable that there will be short-term pain. In hindsight, we can argue that with more planning, DeMo could have been implemented to cause less hardship.

When we weigh short-term harm (inconvenience of standing in line, and loss in GDP) with long-term benefits (higher GDP, less corruption), DeMo can be considered as a partial success. However, if the government succeeds in follow up and is able to unearth black money, continue to promote digitalization of financial transactions, expose benami assets, then DeMo could become a resounding success. Now that the epic war has started, we the citizens should give full support to any government which will continue it with a strong political will as demonstrated by Modi.

7 COMMENTS ON THIS POST To “One year of Demonetisation: Black Day or beginning of an epic war against Corruption?”