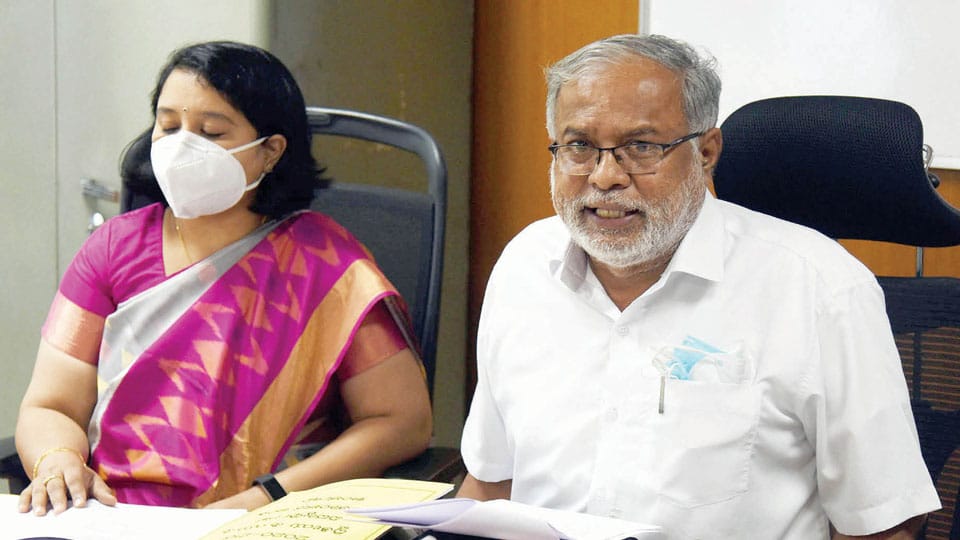 Bengaluru: In a multiple record-breaking spree, as many as 2,239 students have secured 600 out of 600 in the Second PU exam (2020-21), the results of which was announced yesterday. Also all the candidates who had registered for the exam were passed.

Interestingly, last year, when the exam was held, not a single student bagged the full score of 600. The maximum marks scored then was by a Commerce Stream student who secured 598/600.

Announcing the results in the State Capital last evening, Primary and Secondary Education Minister S. Suresh Kumar said that of the 2,239 students who got the full score (600/ 600), 1,929 were from Science stream, while 292 were from Commerce and the remaining 18 from Arts stream.

Dakshina Kannada had most top scorers (445), followed by Bengaluru South (302), Bengaluru North (261), Udupi (149) and Hassan (104). After the second PU exam was cancelled because of the pandemic, a 12-member technical committee was formed to work out a formula to award marks for students. The Committee decided to give a weightage of 45 percent each to SSLC and I PU scores and 10 percent to II PU internal assessment, Suresh Kumar said.

Continuing, he said the students have been given the option to accept or reject the results. Those students who are dissatisfied with the results and reject them, can appear for the annual physical exam that will take place in August. Such students are required to register before July 30. The second PU exam for result-rejecting students is proposed to be held from Aug. 19 to Sept. 3, he said and added that private candidates too are required to appear for this exam.

The Minister has assured that all these students will get opportunities to get admission to higher education as the Department of Collegiate Education has taken measures to increase intake at the UG level.

Referring to the SSLC exam, Suresh Kumar said that results of SSLC exam (2020-21) held on two days (July 19 and 22) will be declared on Aug. 10. Maintaining that the Department had taken measures for the safe conduct of exam keeping in mind the health of students, he said that the Department will work overtime to ensure announcement of the results on Aug. 10, which means that the results will be announced in a record time of less than three weeks.