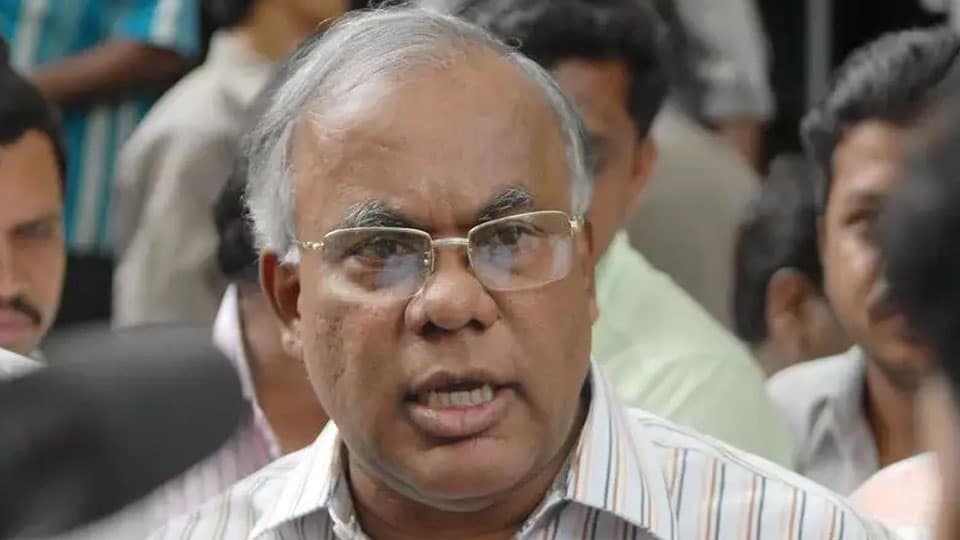 Bengaluru: After much dilly-dallying, the JD(S) yesterday announced its second list of 56 candidates for the  Assembly polls.

The second list has many political leaders who have hopped from their respective parties after they were denied tickets.

The party has announced candidatures of senior leader P.G.R. Sindhia from Basavakalayan, Prakash Khandre, sitting BJP MLA who defected to the JD(S) after denial of ticket, from Bhalki in Bidar district, Dr. D. Hemachandra Sagar from Chickpet in Bengaluru and actor-politician Sashikumar from Hosadurga.

Meanwhile, State JD(S) President and former CM H.D. Kumaraswamy will be contesting from two seats — Ramanagaram, which he is currently representing and Channapatna.

The JD(S), which has entered into an alliance with Bahujan Samaj Party (BSP), had announced its first list of 126 candidates a few weeks ago. While the party has given 20 seats to its alliance partner  BSP, it is yet to announce candidates for 22 more seats.

Interestingly, the party has not given the ticket to sitting Congress MLA from Tarikere G.H. Srinivas, who quit the Congress a couple of days ago to join JD(S). The JD(S) has given the Tarikere ticket to T.H. Shivashankarappa.

The party, which does not have a big presence in Bengaluru, has announced tickets for 19 out of the 28 Assembly segments in the city. While former Congressman Altaf Khan has been fielded against  B.Z. Zameer Ahmed Khan of the Congress from Chamarajpet, former BBMP Councillor G.H. Ramachandra, has been fielded from Rajarajeshwarinagar to take on sitting Congress MLA Muniratna and Realtor R. Prabhakar Reddy from Bengaluru South.

G.H. Ramachandra, who had been supporting the BJP all these days, joined the JD(S) recently along with his son Jagadish and daughter-in-law actress Amulya, after the BJP denied him the ticket.

With just three weeks left for the May 12 Assembly polls, Actress Pooja Gandhi is all set to rejoin the JD(S) today.

Pooja Gandhi, who quit the JD(S) in 2012 to join KJP floated by B.S. Yeddyurappa, later quit KJP too and unsuccessfully contested on B. Sriramulu’s BSR Congress party ticket from Raichur in the 2013 Assembly polls.

After tasting defeat, Pooja stayed away from politics and after rejoining the JD(S) today, will campaign for the party across the State. While Actress Amulya joined the JD(S) a couple of days ago, actor-turned politician Shashikumar joined the party on Thursday and will be contesting from Hosadurga.

The JD(S) in its bid to shore up support from the glamour world, also released a video clip where another popular actress Rachita Ram is seen appealing the electorate to vote for party leader H.D. Kumaraswamy to power.

While H.D. Kumaraswamy’s actor-son Niklhil has already begun campaigning for the party, the JD(S) is hoping that Sandlwood Star Sudeep too would campaign for the party.

Meanwhile, sources said that popular Telugu Actor Pawan Kalyan too will be campaigning for JD(S) once the filing of nominations for the May 12 polls gets over.