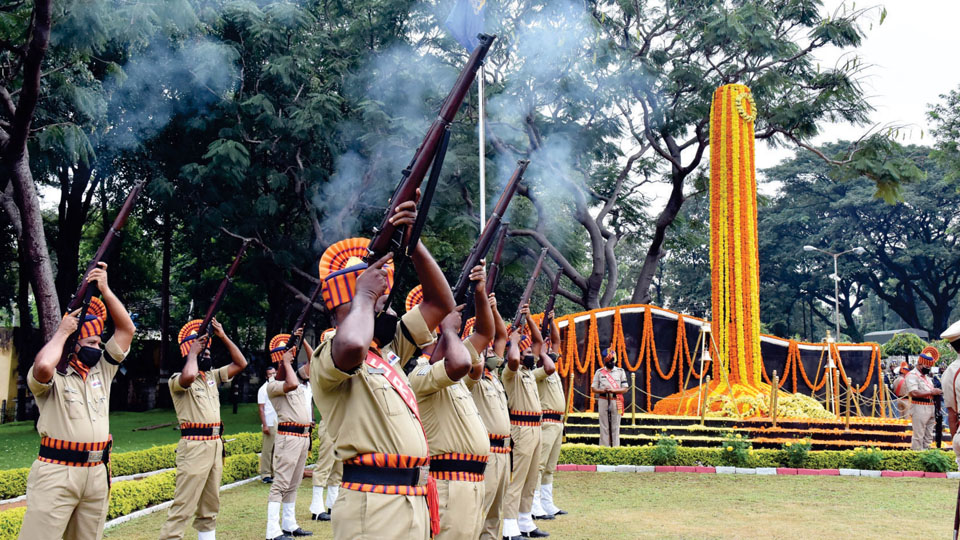 Air Commodore, Air Officer Commanding of the No. 2 Air Force Selection Board, Mysuru, P. Saravanan was the chief guest. Saluting the Police martyrs, Saravanan said that the Police, who have taken COVID-19 pandemic as a challenge, had strived hard to contain the spread of the pandemic by enforcing various rules and regulations and added that the Police were still working hard to protect the lives of the public.

Later, Volley Firing was done followed by the observation of two-minute silence. SP Ryshyanth read out the names of 264 Police personnel who have died while on duty across the nation during Sept. 1, 2019 to Aug. 31, 2020, which included 17 from Karnataka and two from Mysuru.