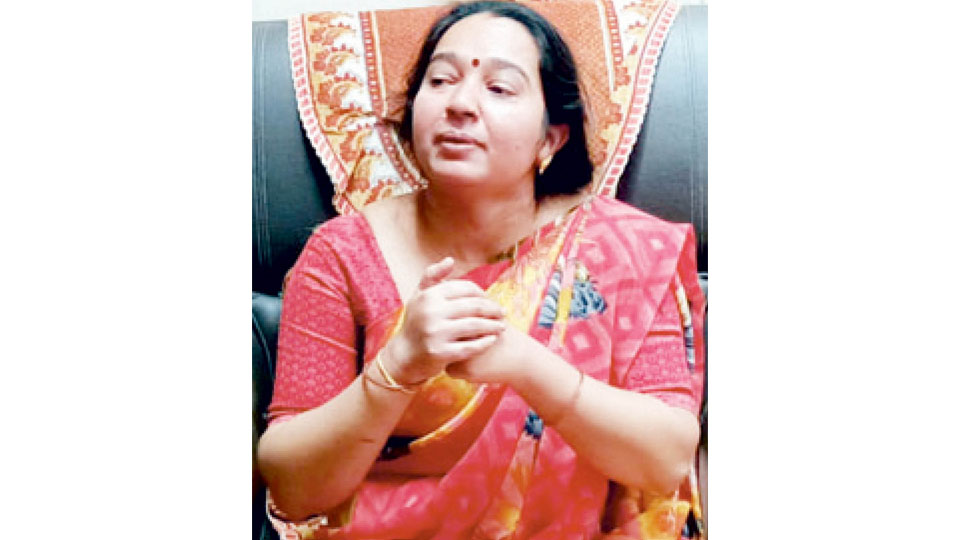 Nanjangud: Posing as delivery executives with a parcel box in their hands, three youths robbed a homemaker of her jewels in Nanjangud yesterday. The incident occurred at Ramaswamy Layout where the woman was gagged and tied up. They made away with over 200 grams of gold ornaments worth Rs. 8 lakh.

The homemaker is Dakshayani, wife of Shambhuswamy, a high school teacher. The couple has a child and Shambhuswamy and the kid were at the school while Dakshayani was at home. At around 8.30 to 8.45 am, soon after the homemaker was alone, the youths rang the doorbell of the house.

Dakshayani opened the door and the youths told her that she had a parcel. Trusting them as they carried a box, she opened the door wide and the dacoits entered the house swiftly. They pushed Dakshayani inside and before even she could raise an alarm, the homemaker was gagged and tied to a sofa.

“Soon after I opened the door, they forcibly entered the house and then threatened me to hand over all the jewellery I was wearing. When I tried to raise an alarm, they closed my mouth with tape and tied my hands and legs. They also threatened to outrage my modesty and kill me. I was too scared to confront them and I was unable to scream. The three men then searched the house for a few minutes and decamped with gold valuables. They also removed the hard disk connected to the CCTV cameras,” she told the Police.

Dakshayani was bleeding from her nose as the tape was tightly pasted, covering her mouth and nose. She told the Police that after the gang left, she managed to reach the main door crawling and shouting for help. A neighbour noticed Dakshayani on the ground and helped her. According to her statement to the Police, the youths were conversing in Kannada, Hindi and Tamil.

Later Dakshayani told reporters that she had ordered some things online and she presumed that the parcel had come and she opened the door. The three youths had come on a bike. She told the Police that though the family had installed the CCTV cameras, they switched them off during the night. Also, the dacoits had taken away the hard disk that stored the footage.

Superintendent of Police (SP) R. Chethan said that teams have been formed to crack the case. Nanjangud Rural Police have registered a case.