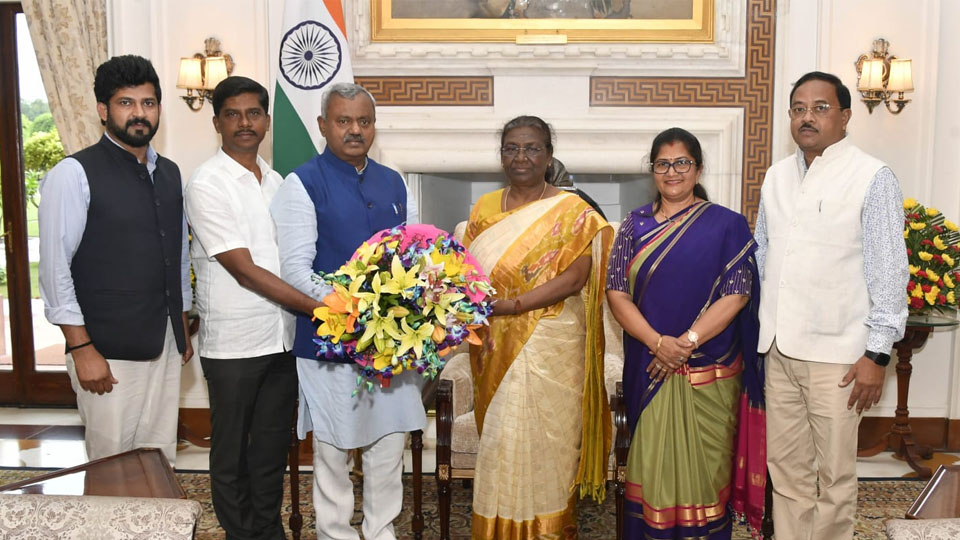 New Delhi: President of India Droupadi Murmu was formally invited this noon by the State Government for the inauguration of Mysuru Dasara to take place atop Chamundi Hill on Sept. 26.

The State Government had unanimously decided on inviting Murmu for Dasara inauguration. Chief Minister Basavaraj Bommai on Sept.10 had announced that the President has given her consent for the inauguration of Dasara festivities.

Upon her arrival in Mysuru at 9 am, she will be received at the Airport by Governor Thaawarchand Gehlot, Chief Minister  Bommai and other dignitaries, who will be arriving in city  on Sept. 25.

From the Airport, the President will travel by road to Chamundi Hill where she will inaugurate Dasara-2022 in the auspicious Vrushchika Lagna between 9.45  am and 10.05 am. Murmu will be the first President to inaugurate the world famous Dasara.

After the inauguration, she will return to the Airport and fly to Hubballi, where she will be accorded a civic honour under the aegis of Hubballi-Dharwad City Corporation in the afternoon.

Yesterday, the Mysuru District Administration extended a formal invitation to Chief Minister Basavaraj Bommai, Governor Thaawarchand Gehlot and a host of other dignitaries at Bengaluru, to be a part of Nada Habba-2022.