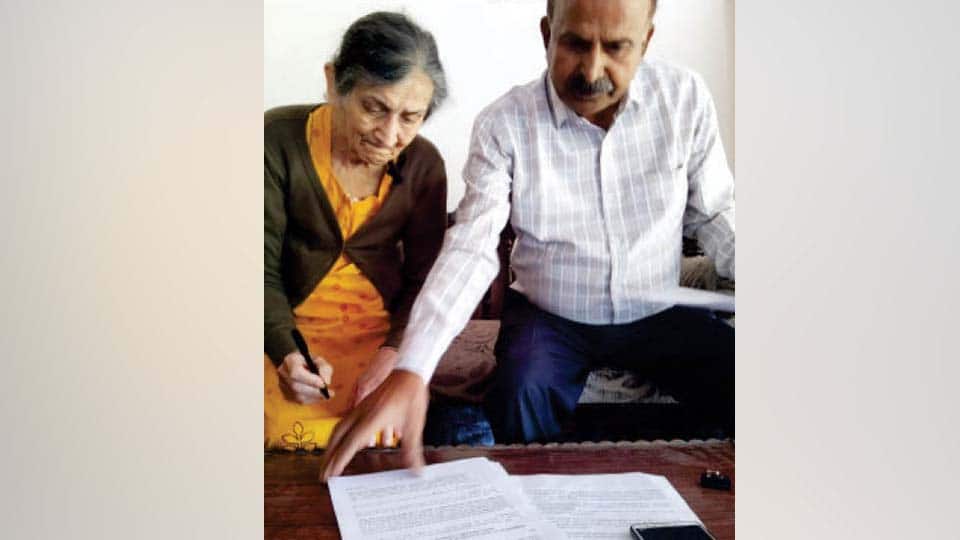 The President’s Secretariat, Rashtrapathi Bhavan, New Delhi, has acknowledged the receipt of VeKare Trust’s letter dated Feb. 2, 2021, addressed to the President, who is also the Supreme Commander of Indian Armed Forces, seeking appropriate attention to the petition.

It has also asked the Revenue Department Secretary to communicate the action taken on the petition to the petitioner directly.

Besides, the Rashtrapathi Bhavan has sent a copy of the letter written to the Revenue Department (dated Feb. 19, 2021) to  Trust  President Mandetira N. Subramani, who has taken up the cause of the war widow, requesting him to liaise with the aforementioned Secretary directly for further information in the matter.

Meanwhile, the Army Adjutant General’s Branch has also intervened in the matter and advised the Trust to approach higher echelon of Central Excise and Customs Department for  their intervention to change the name of the lady in service records held with them in consonance with Aadhaar and PAN Cards for early grant of second family pension.

It may be recalled that SOM had published a news item in this regard titled   “Denial of Central Civil Family Pension for 20 years to  85-year-old widow of World War-II veteran” in its issue dated Feb. 4, 2021.