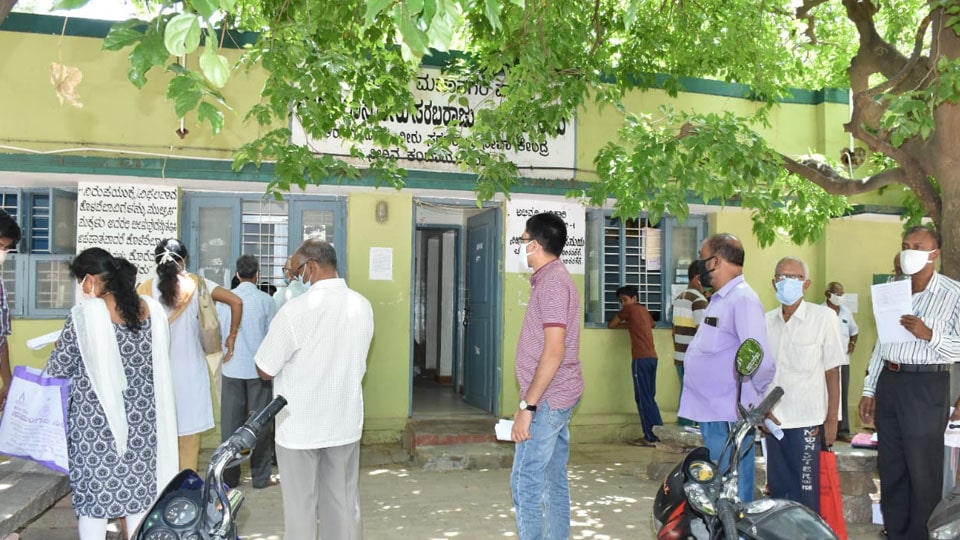 Speaking to ‘Star of Mysore,’ he said that in all the 65 Wards of the MCC, pending water tax amounts to Rs. 180 crore and the VVWW staff are doing daily rounds to collect pending dues. When the lockdown was announced, only Rs. 79 lakh tax was collected. “Our staff, despite the threat from COVID-19, went to houses and institutions and provided bills to the consumers. As a result, we have been able to collect Rs. 4 crore taxes till now,” he explained.

The VVWW has set a target of Rs. 6 crore by June end. “We have purchased and customised two vehicles exclusively for tax collection and have named it Cauvery and Kabini. These vehicles are equipped with Point of Sale machines so that water tax can be collected and receipts issued on the spot,” Nagaraja Murthy said.

Each vehicle can carry eight persons from the VVWW and if the dues are pending for a long time, such connections will be disconnected. A defaulter list has been prepared and armed with the list, the vehicles will land at doorsteps of citizens to collect dues, he added.

There are over 1,70,000 legal water connections in Mysuru city and about 15,000 illegal connections. Of the Rs. 180 crore pending water tax money, Rs. 46 crore is the interest on the dues and Rs. 40 crore is pending water tax dues from many Government institutions. “We have written letters and sent reminders to the Government institutions urging them to pay up their dues,” he said.