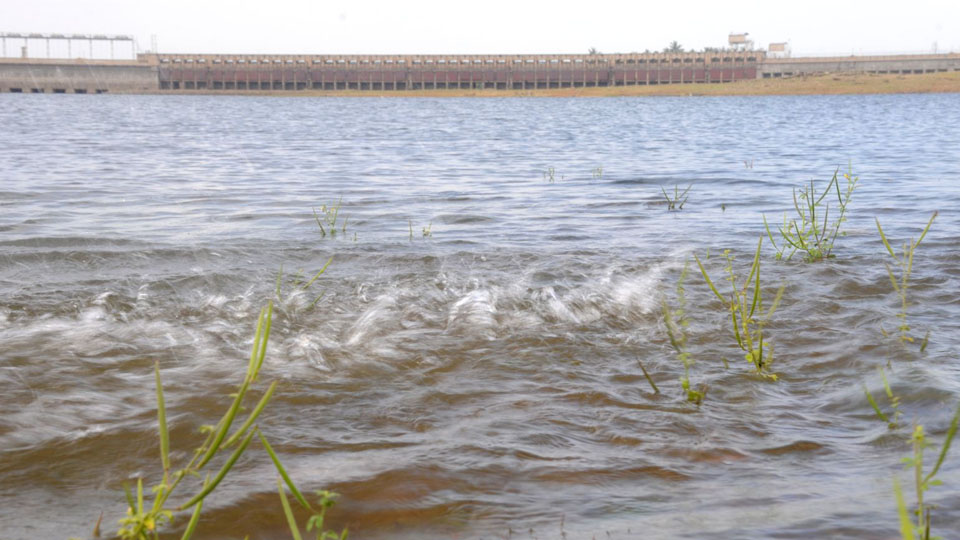 Water will be drawn from KRS Dam backwaters

Inaugurating the event, Law Minister J.C. Madhuswamy said that as more than 700 tmc ft of water is going waste during monsoon season, the State Government was filling up tanks and ponds. Through this, the Government will address the problem of water scarcity and thereby recharge the groundwater,” he said.

Madhuswamy hailed Prime Minister Narendra Modi for launching Atal Bhujal Yojana that covers drought-hit taluks in 14 districts of Karnataka. He said that they will make use of the funds and work for improving the groundwater table. Madhuswamy said that the State Government is utilising 30 percent of the subsidy from the Centre to install solar units for irrigation pump sets that would make them more self-sufficient.

Considering the fast depletion of water in lakes, a life source for both humans and animals, the State Government has drawn up a massive pilot project to supply water from KRS Dam backwaters directly to lakes in Mysuru. The lift irrigation project will be implemented at Anandooru village.

As many as 16 lakes in 13 villages, including Erappanna Koppalu, Nagawala, Bommenahalli, Huilalu, Maratikyathanahalli and Dasanakoppal will be filled with the lift irrigation in Anandooru. Water will be lifted from the backwaters 90 days a year (20 hours daily). A total of 87.73 million cubic feet of water will be lifted.

16 lakes to be filled

The KRS backwater will be supplied from Anandooru through ‘Rising Main Pipe’ technology. As part of it, water will be lifted from the backwaters 90 days a year (20 hours daily). A total of 87.73 million cubic feet of water will be lifted. A pump house will be constructed by installing two heavy duty pumps of 525 HP capacity to transfer water to tanks through the 550 mm diameter pipelines to the distribution point located at a distance of 8.15 km from the source.

During the foundation-laying ceremony of the projects, Chamundeshwari MLA G.T. Devegowda made a passionate plea for the implementation of Hale Unduwadi Drinking Water Project. This project aims at getting Cauvery water from KRS backwaters instead of the present practice of lifting water from the canals. The project is designed to take care of Mysuru’s water needs at least for 100 years. The project will permanently eradicate drinking water problem of Mysuru and 92 villages.

Hale Unduwadi scheme has been proposed at an estimated cost of Rs. 540 crore. Once the project is implemented, the city and its neighbouring villages will get 300 Million Litres per Day water from River Cauvery. This would be in addition to 250 MLD being supplied to the city at present.