Home » News » RTO cracks down on bike taxis in city; deems them illegal 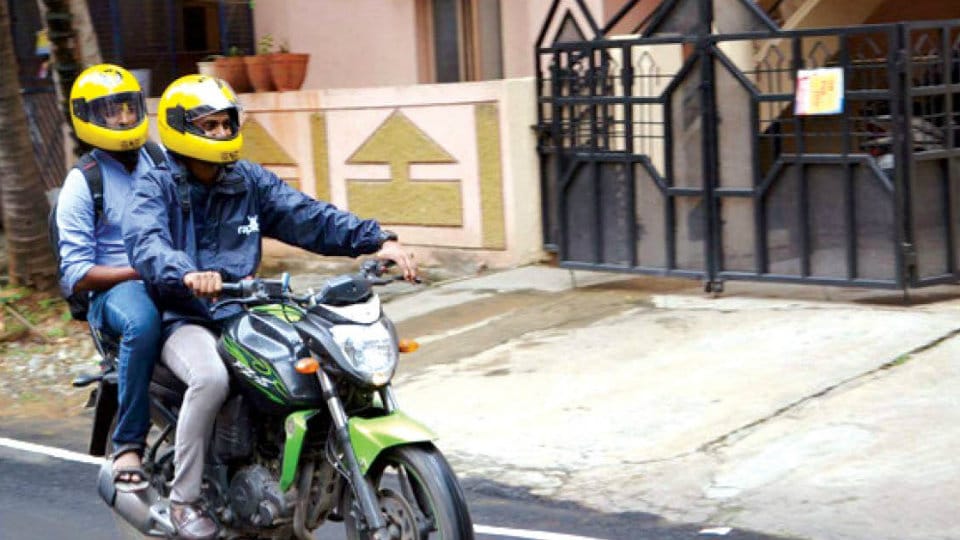 RTO cracks down on bike taxis in city; deems them illegal

Mysuru: Transport Department officials have been impounding bikes operating as taxis in Mysuru. The vehicles were being seized as part of a crackdown against the operation of illegal bike taxis including the ones belonging to Ola and Rapido.

The State Transport Authority has directed the transport department officials to seize taxis if found operating and penalise them. Cases are being booked against bike owners and a fine of Rs. 2,000 will have to be paid for using bikes with white number plates on them for commercial purposes.

Deputy Transport Commissioner (West), in a press release, has stated that it has come to the notice of RTO that companies like Rapido and Ola are operating two-wheelers with white registration boards as bike taxies for the public which is illegal and not approved under the Motor Vehicle Act. He has warned of legal action on the operating company and owners of such two-wheelers, which are being provided as bike taxis.

The official claimed that they started seizing vehicles lately after issuing several warnings to the operators. Though  the exact number of vehicles seized so far was not available, a number of riders of the two-wheelers had stopped offering services.

Speaking to Star of Mysore, RTO (West) Prabhuswamy said that the taxi operators have not sought any permission to operate services.

“We don’t have any data on bike service operators in Mysuru and they are registered only on the apps of the service providers. It is an illegal service. The safety of passengers and the condition of bikes are a matter of concern,” he said.

Rapido operators, on their part, have claimed that the crackdown on bike taxies was unjust. “There are over 2,000 bike taxi operators in Mysuru and now all of them have come to the streets. We are harassed by taxi operators Uber and Ola,” they alleged.

“Customers have appreciated our service and we provide a safe transport,” operators said. They have submitted a memorandum to Deputy Commissioner Abhiram G. Sankar and Mysuru District Minister G.T. Devegowda to restore the bike taxi services. Today morning, over 100 Rapido operators were waiting for the Minister at Jaladarshini Guest House in city to air  their grievances.

2 COMMENTS ON THIS POST To “RTO cracks down on bike taxis in city; deems them illegal”