Home » Voice of The Reader » Say it with trees 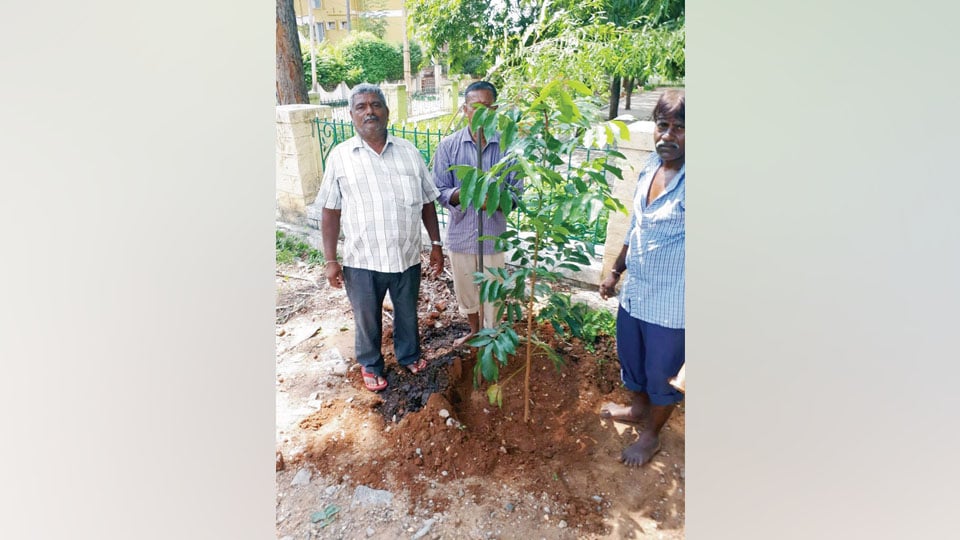 Say it with trees

The biggest problem that the world is now facing is the environmental issue. This has resulted due to blind industrialisation (that is, building huge factories which emit thick black carbon fumes, open cast mining and building concrete jungles both by destroying thick forests, emitting automobile fumes, etc.) over the last 100 years or so. The net effect is the raising of the world’s average temperature, melting of glaciers, rising of mean sea level, reduction in rainfall and consequently drying up lakes and rivers with drastic lowering of natural underground water depths.

The only way this trend can be reversed is by consciously planting more trees in urban areas. With the initiative of industrialist Ashvini Ranjan, who is a resident of Jayalakshmipuram, some progress is being made in this regard at least in this locality. He has promised the other residents of supplying the saplings free of cost. It is for the residents to plant them and take care of these saplings.

Having obtained two saplings, I approached the local Corporator, Bhagya, for some help in this regard and she readily provided two labourers for digging the holes. Fortunately, philanthropists like Raghavan of Raghulal & Co., have also come forward to provide the tree guards.

A few skeptics are saying that it is a drop in the ocean but they should realise that a determined effort by one person could build up as a mass movement for the good of the country (Hani Hani Koodidare Halla).

I am very pleased to record that the Deputy Commissioner and the Corporation Commissioner are also appreciative of citizen’s efforts.