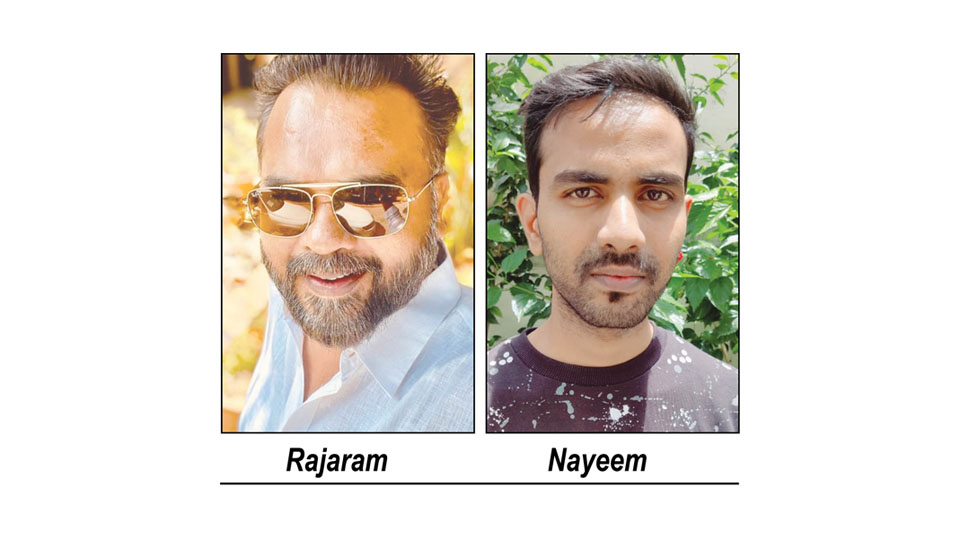 Rajaram, an influential leader in Congress circle, is the kingpin; Five arrested so far in the case

Mysore/Mysuru: Kuvempunagar Police have arrested Mysuru City Congress Vice-President and his driver on charges of selling Government and private properties by creating fake documents. With this, the total number of arrests in the case has gone up to five.

Those arrested are City Congress Vice-President Rajaram and his driver Khadeer. Rajaram has been remanded to judicial custody. During investigation, the Police have come to know that Rajaram is the kingpin behind the racket. The Police are likely to take custody of Rajaram for further interrogation, according to sources.

It may be recalled that the City Police, on Sept. 5, busted a racket that sold Government and private properties to other persons by fabricating documents. Fake owners were created to sell land owned by different persons and also to obtain loans from banks and financial institutions. The gang operated from a service apartment in Ramakrishnanagar and Kuvempunagar Police, led by DCP (Law and Order) Pradeep Gunti, Kuvempunagar Inspector K. Shanmuga Varma, who raided the Service Apartment, had arrested three persons and had recovered office seals of various departments and officers, fake e-stamp papers, laptops, printers and mobile phones from the accused.

Those arrested were Mohammed Nayeem, a realtor and a resident of Kattigenahalli at Hebbal in Bengaluru, Mohammed Shabaz Mallik of Rajivnagar in Mysuru and Deed Writer Bhaskar of Gandhinagar, Mysuru.

The gang had sold land owned by R.Q. Arshad, father of Bengaluru’s Shivajinagar MLA Rizwan Arshad after fabricating documents and were trying to obtain a bank loan on a Mysuru Urban Development Authority (MUDA) site measuring 80×100 at Yadavagiri by creating fake documents.

The Police, who were investigating both the cases, received information that the gang was creating fake documents at Golden Bell Service Apartment in Ramakrishnanagar, and conducted the raid.

When Kuvempunagar Inspector Shanmuga Varma, who is the Investigating Officer, grilled the arrested, it came to be known that Congress leader Rajaram was the kingpin behind the racket. Interrogation also revealed that the gang had sold four to five properties at Rajivnagar in city by creating fake documents.

Rajaram was arrested yesterday and was produced before a Court, which remanded him to judicial custody. According to reliable sources, the Police are likely to submit an application to the Court seeking custody of Rajaram for further investigation.

Rajaram has a FIR registered against him at Vijayanagar Police Station in a murder case and he had appointed a private gunman for his security. Interrogation has also revealed that Rajaram used to procure rubber stamps (seals) of various Government Departments and officers, e-Stamp Papers, ink and other items from Bengaluru.

As of now, only properties sold in Mysuru by creating fake documents have come to light and the Police are investigating whether the gang had committed similar crimes in other places, it is learnt.

It is learnt that Rajaram is a very influential person, who is very close to senior Congress politicians and he was made the Mysuru City Congress Vice-President within a year of him joining the Congress party.

It may be recalled that Star of Mysore had published a news item with the headline ‘City Police unearth fake land racket; three held’ on Sept. 6.