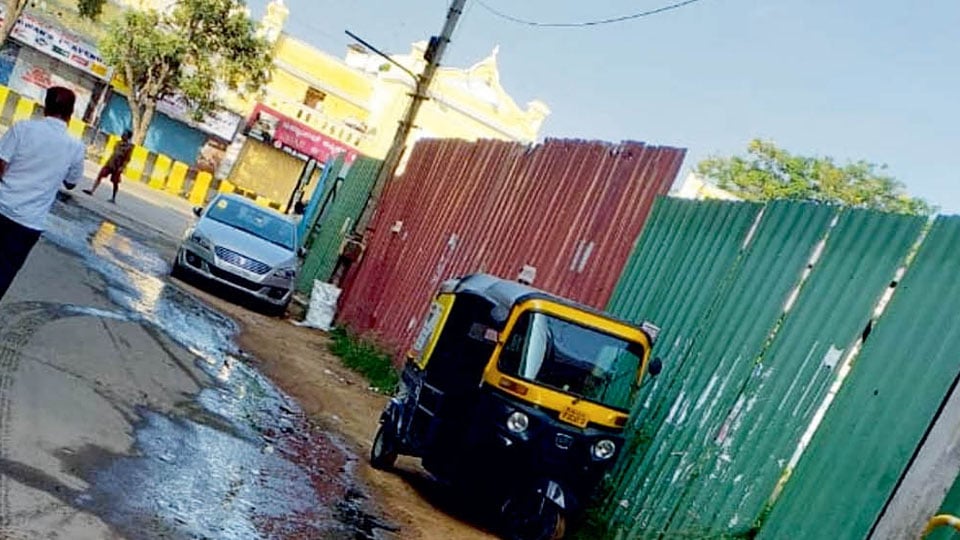 Mysuru: Sewage water overflowing  on lanes and roads in extensions in city is a common sight. Imagine sewage water flowing on the prestigious ‘Raja Marga’ and that is said to be happening at least thrice a month with Mysuru City Corporation (MCC) officials remaining silent.

A blocked sewer on the road in front of Raghulal and Co. has resulted in the sewage water emerge from the manhole and flow into Sayyaji Rao Road developed as ‘Raja Marga’. People are forced to tolerate the stink, curse the civic authorities and move on.

The clogged drain is usually repaired by MCC officials in a hotch-potch way with the problem recurring again and again. The aggrieved businessmen and public have appealed the Mayor, MCC Commissioner, Assistant Commissioner and area Corporator several times to address the problem on a permanent basis but to no avail.

N. Raghavan of Raghulal and Co. too has urged the officials to solve the problem in the interest of the people who move in the area. It may be mentioned that Raghavan has spearheaded many campaigns to protect the environment and increase the green cover in city but ironically the road in front of his medical store is in a pathetic condition, thanks to MCC apathy.

The civic body hypes on cleanliness campaigns but remains silent when the dirty water flows on Raja Marga. This has become a million dollar question for the public. They opine that the root cause of the perennial problem is known to MCC officials and question as to why it cannot be addressed permanently.