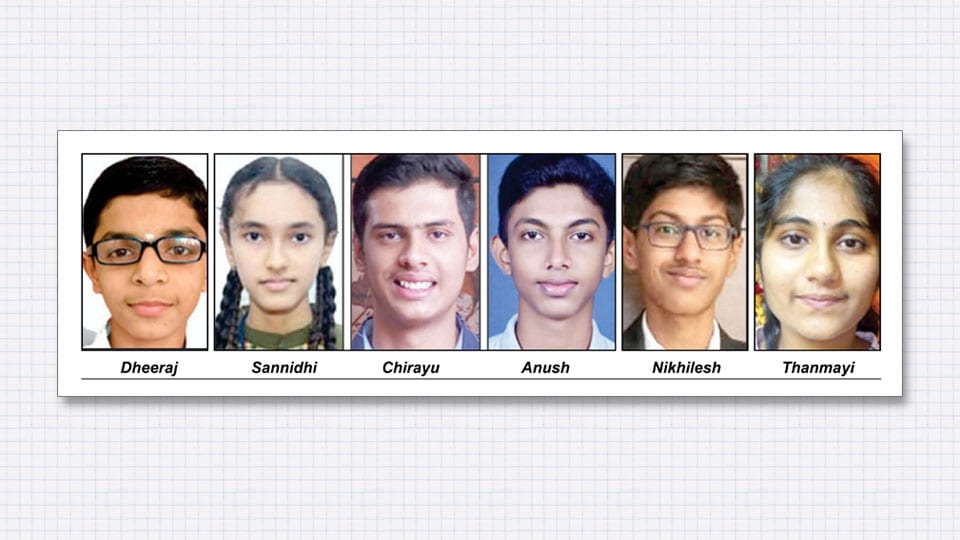 Mandya: M.P. Dheeraj Reddy of Sri Sathyasai Saraswathi English Medium Boys’ School in Mandya is among the six students in the State who have scored 625 out of 625 in the SSLC exam, results of which were announced yesterday.

The Primary and Secondary Education Department announced the results of the examination that was held in June-July.  The State’s pass percentage dipped to 71.80% from 73.70% the previous year. Out of the 8,11,050 students, 5,82,316 students have cleared the exam, while 18,067 candidates remained absent due to the pandemic. In a remarkable feat, six students scored full marks.

This year, the Department introduced a grading system instead of rankings for districts. In the new system, 10 districts, including Chikkaballapura and Bengaluru Rural, received A grade, 20 districts got B grade and four districts C grade.

The Karnataka Secondary Education Examination Board said it would issue provisional marks cards from Tuesday.